This is how you cut it in the metal industry.

It is said that a tiger never changes its stripes, but in extreme metal circles in the early 90s the equivalent of a tiger turning into a leopard was often observed. Chalk it up to the highly creative atmosphere of the time or to label pressure fluctuating with each ephemeral trend in the industry, but some of the most polarizing reinventions in all of metal history curiously occurred within the span of a few years. As such, it should be no surprise that a pioneering outfit in the early days of the U.K. grindcore scene, namely Carcass, suddenly opting for a far more accessible mode of death metal that served as a template for the emergent melodic death metal movement of the mid-90s, would end up with rivaling camps within their own fan base. But with the release of this band’s pivotal 4th LP “Heartwork,” and it’s even more commercially viable death ‘n’ roll tinged follow up Swansong, one wouldn’t be off-base in asserting that a different band rose from the ashes of the gore-obsessed grinders of the late 80s that carried the same name.

Suffice it to say, when this outfit made their triumphant return to the studio in 2013, the resulting comeback album “Surgical Steel” sought to bridge the divide between these two heavily divergent eras. By contrast, where Carcass finds themselves with their most recent EP “Despicable,” a small collection of songs written along with what will be their next LP, leans a good bit closer to the mid-90s mixture of hooks and grooves that closed off the first leg of their career. Some of this may owe to the recent recruitment of second guitarist Tom Draper, whose background is largely within the confines of traditional heavy metal and includes a brief stint as a live performer with Angel Witch back in the mid-2010s. The sound that emerges is by no means lacking in aggression or heaviness, but it bears more resemblance to a thrashing character of early Arch Enemy than the chaotic mayhem of Napalm Death or Repulsion, and when diverging from a hook-driven groove for more adventurous territory, tends towards more of a wandering progressive niche comparable to latter-day Death. 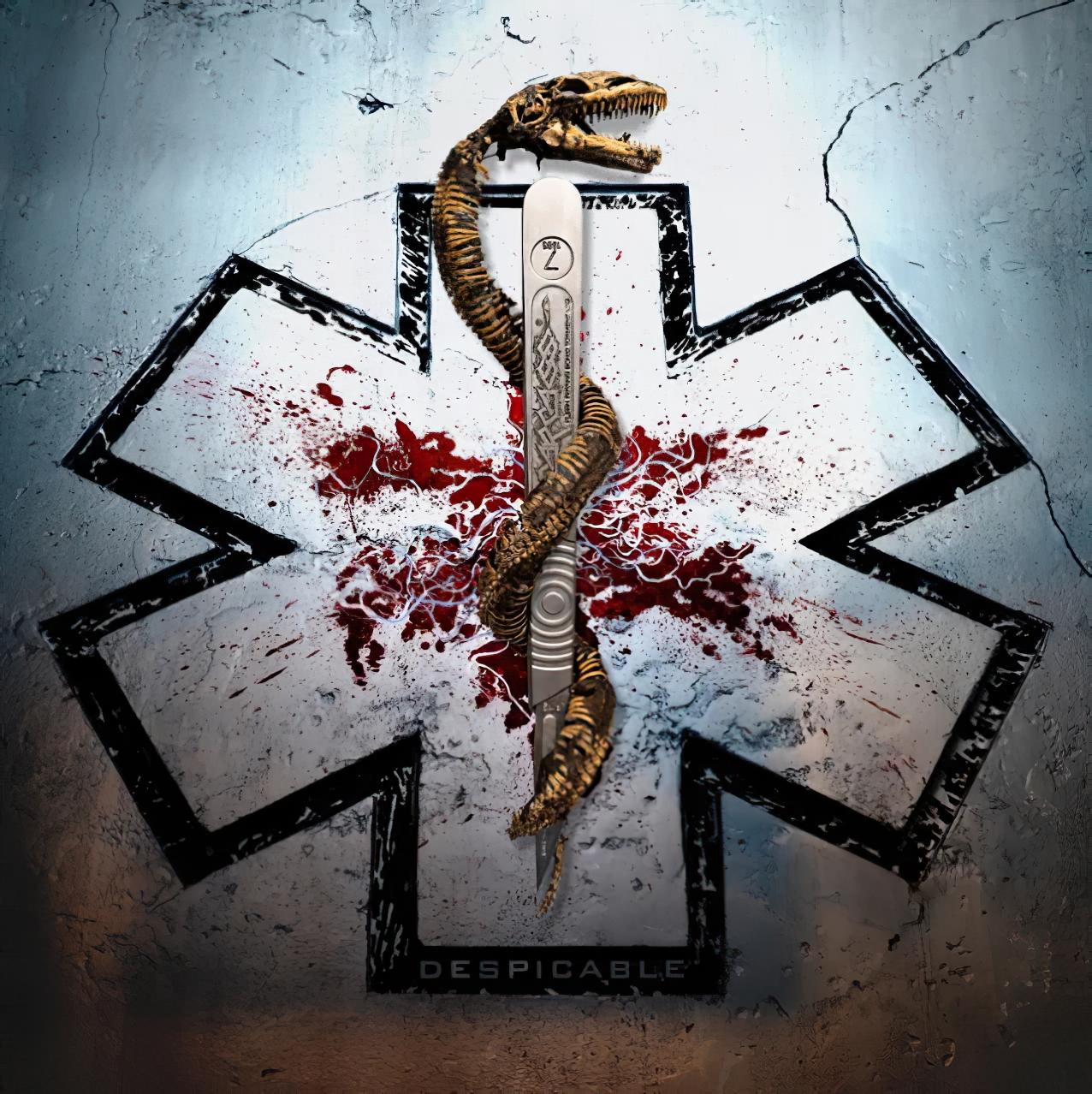 If nothing else, these songs prove to be inventive in how they unfold, often times becoming entirely asymmetrical in spite of the consonant melodic schemes at play. The opening mini-epic crusher “The Living Dead At The Manchester Morgue” is a case study in how a highly infectious melodeath guitar hook and a generally mid-paced thrashing groove can abruptly shift gears and run the gamut of almost every mode of extreme metal in the book. The apex points of this colossal 6 minute sonic stew could almost be considered grindcore-like, if they weren’t painted over with a volley of highly technical guitar work. By contrast, the shorter and more measured pacing of “The Long And Winding Bier Road” and “Slaughtered In Soho” box the technical guitar displays into a more driving groove in line with the Swansong era of the band, complete with a set of guitar solo segments that have classic 80s shred written all over them. Bringing up the center between these two emerging extremes is the occasionally blast-happy, yet fairly conventional and shorter “Under The Scalpel Blade”, which is the most memorable of the bunch despite being almost as busy as the gargantuan opener.

Relative to this band’s extensive and highly auspicious past, “Despicable” comes off as a solid, if slightly unfocused continuation of the general trajectory that has been in place since “Surgical Steel,” often finding itself tilted towards the hook-driven end of their earlier years. It’s a fitting listen for a band that is warming up for what is sure to be a highly ambitious full length affair, and apart from the most uncompromising fans of the death/grinding days of “Symphonies Of Sickness” and “Necrotism – Descanting The Insalubrious,” this is likely to play well with anyone who has followed this outfit and anyone with an ear for the more aggressive end of the melodic death metal spectrum. Every instrumentalist involved displays a level of technical competency that could rival the most insane adherents of the modern tech death style, but the songwriting on display here proves to be more nuanced and deep. Guitarist and co-founder Bill Steer has found a perfect technical foil in Tom Draper, and with a few tweaks to their format, this incarnation of Carcass has the potential to outdo “Surgical Steel” when the upcoming LP drops.

Though having ground their once grinding ways to a halt long ago, Liverpool’s famous prognosticators of the once putrid offer plenty of aggression on this tasty appetizer for their next grand auditory feast of elaborate death metal with a melody.