In the latest issue of Rock Candy magazine, YES guitarist Trevor Rabin reveals the unbelievable story of how the band’s 1983 tour in support of phenomenally successful comeback album “90125” and No. 1 U.S. hit “Owner Of A Lonely Heart” was put in jeopardy after an unfortunate accident.

“We were in a hotel swimming pool in Miami sipping champagne to celebrate the global success of ‘Owner Of A Lonely Heart’,” Rabin told Rock Candy writer Malcolm Dome. “There was a water slide very close to me that I hadn’t really noticed. Suddenly a very large woman came hurtling down the slide and crashed straight into me. The collision was so bad that it ruptured my spleen and put me in hospital. I needed an operation and was out of action for a few weeks. It sounds so bizarre now — almost laughable — but at the time, it was pretty scary and worrying.”

“When I was working in the studio on ‘90125’, I definitely knew that what we were doing was taking the band into a new era,” says Anderson. “This wasn’t the ’70s YES. It was a band that was built for the ’80s. When the album was released, it became apparent that we were suddenly appealing to the MTV generation. We’d managed to get away from the idea that we were a big name from the previous decade that was no longer relevant — and I loved that.

“The whole idea behind ‘90125’ was that no one would be able to say ‘heard it all before,‘ confirms Rabin. “If that had happened, then the entire exercise would have been a creative failure.”

Rock Candy is a 100-page, full-color bi-monthly rock magazine, created in the U.K. It covers the sights, sounds and smells from the greatest era in hard rock music, the ’70s and ’80s. Put together by respected U.K. rock journalists Derek Oliver, Howard Johnson and Malcolm Dome — all frontline writers for the legendary Kerrang! magazine in the golden era — Rock Candy is available in print format with a free digital download version for anyone who buys the mag online at www.rockcandymag.com. 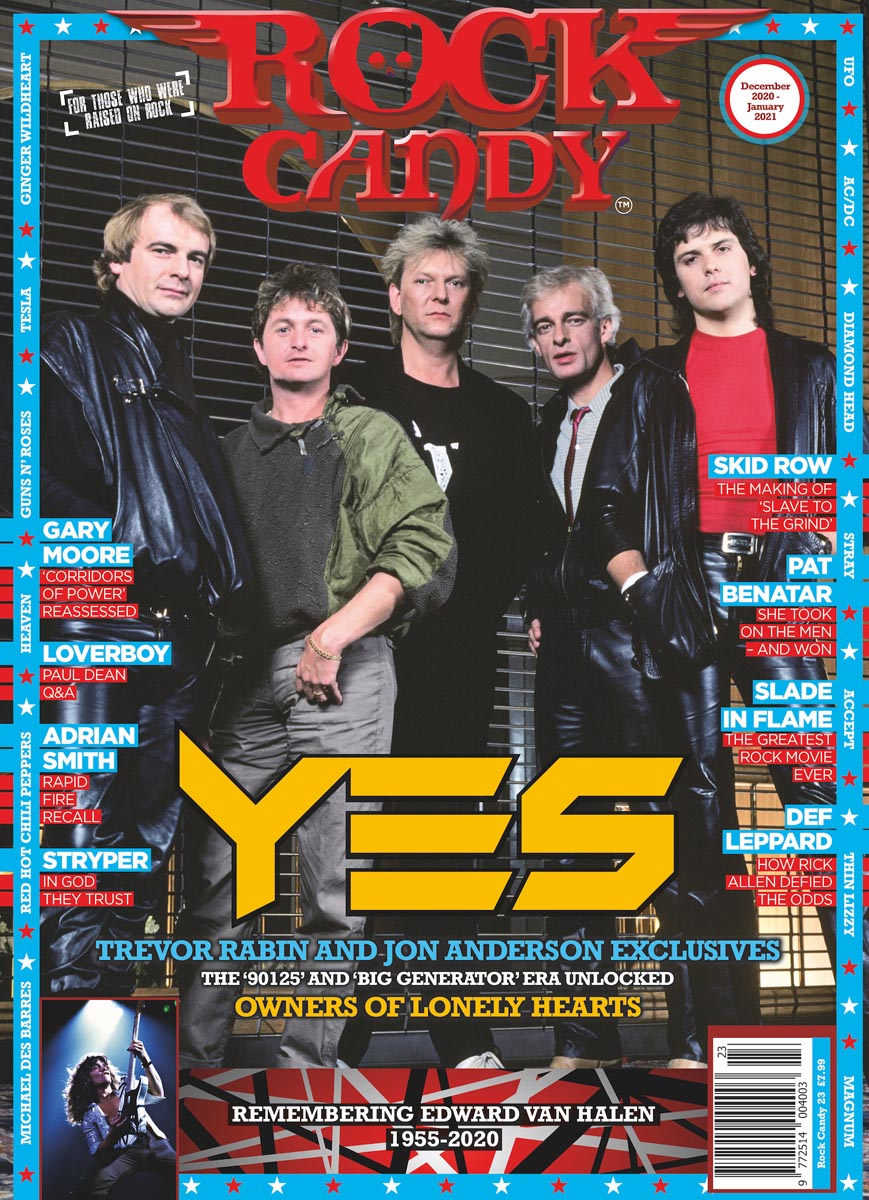