In advance of next week’s launch of YES‘s much-anticipated North American The Royal Affair Tour, the prog rock pioneers and Rock And Roll Hall Of Fame inductees have released online a nearly 40-minute documentary, Yes 50: Yesterday, Today, Tomorrow. This documentary is a teaser to the forthcoming Rhino release “Yes 50 Live”, due on August 2, although advanced copies will be available to fans exclusively at “The Royal Affair Tour” shows later in the tour.

Directed by Paul Gosling, the documentary had a limited release over Christmas to fans as a holiday present and has since been updated with another 15 minutes of exclusive performance footage and interviews with band-members Steve Howe, Alan White, Geoff Downes, Billy Sherwood and Jon Davison plus current additional drummer Jay Schellen as well as former members Trevor Horn and Tony Kaye. World-renowned English artist and designer Roger Dean is also interviewed.

“As a long-standing fan of the band, following YES on the road this year and last on their momentous 50th tour was a dream come true,” says Gosling. “Thank you to Steve Howe, Alan White and the band, Roger Dean, Tony Kaye and Trevor Horn for their co-operation in making this film.”

Roger Dean — whose masterful artwork has graced classic album covers and posters, most prominently by YES and ASIA — is a special guest on The Royal Affair Tour. The trek launches Wednesday, June 12 in Bethlehem, Pennsylvania and wraps Sunday, July 28 in Saratoga, California.

At every show on this must-see best-of-British-rock tour — also featuring ASIA with the return of founding member Steve Howe in a special performance, John Lodge of THE MOODY BLUES, and Carl Palmer‘s ELP LEGACY with guest vocals by Arthur Brown — Roger Dean will be in the venue’s reception/foyer area with an exhibition of his artwork. He will also be available to sign merchandise including The Royal Affair Tour poster which he created and designed. His work — known for striking otherworldly landscapes — has sold more than one hundred million copies worldwide. 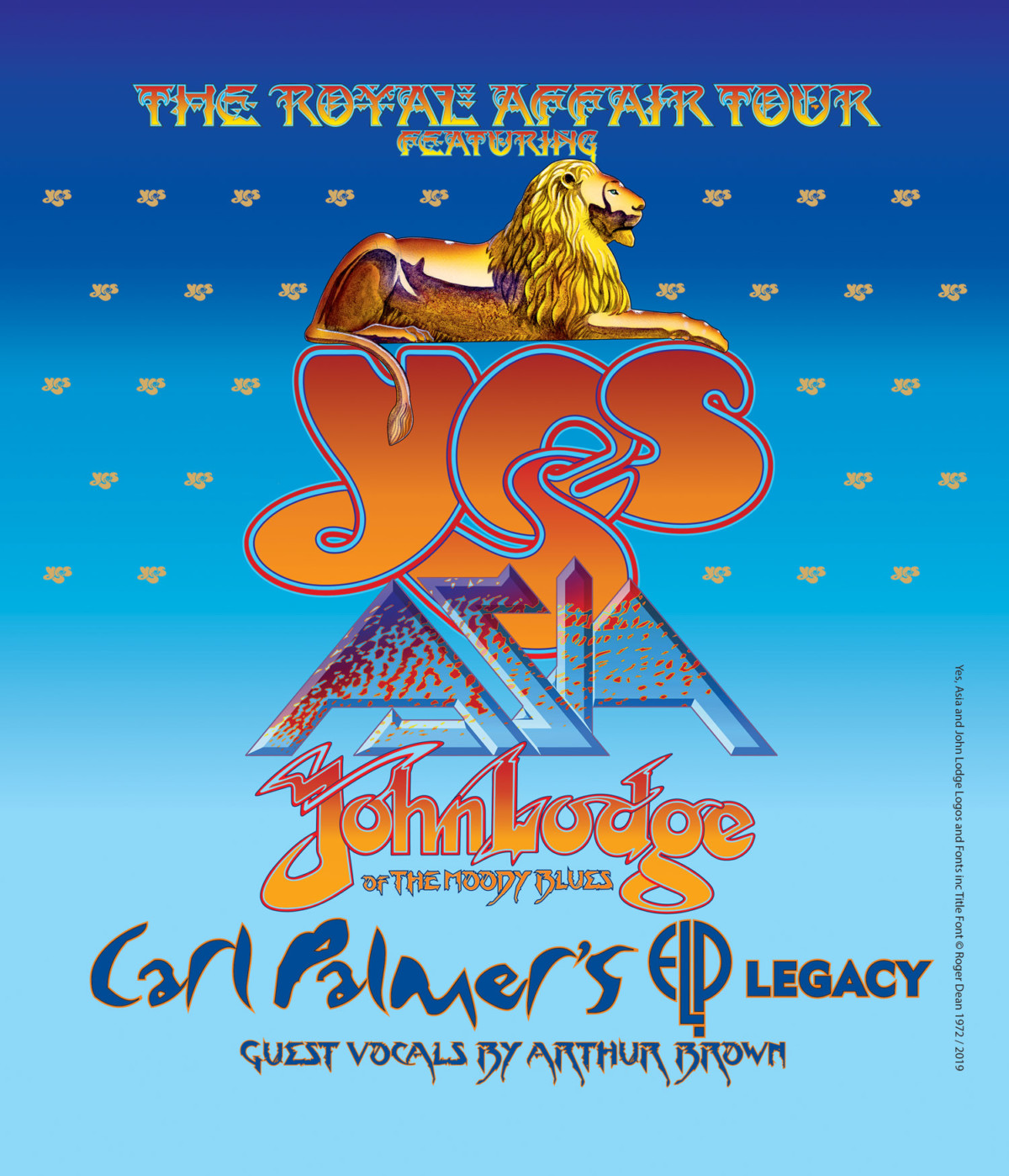 YES, the most enduring, ambitious, and virtuosic progressive band in rock history, is Steve Howe (guitar; joined 1970), Alan White (drums since 1972), Geoff Downes (keyboards; first joined in 1980), Jon Davison (vocals since 2011) and Billy Sherwood (guitar/keyboards in the 1990s and the late Chris Squire‘s choice to take over bass/vocals in 2015), with Jay Schellenon additional drums.

Look for YES to perform songs from throughout their storied career, one of rock music’s most prized bodies of work, and their set will honor the memory of YES members Chris Squire and Peter Banks.

Steve Howe: “Yes is delighted to headline this celebration of British music which has been so warmly received in America over the past five decades.”

Alan White: “I’m looking forward to joining a number of classic British talents that have delighted so many fans over the past half century.”

Geoff Downes: “This is a unique celebration of the British contribution to classic rock over many decades. It will be inspirational to be a part of. And I know it is what John Wetton would have wanted.”