KINGDOM COME have announced a tour to commemorate the 30th anniversary of the release of their classic debut album. Original members James Kottak, Danny Stag, Rick Steier and Johnny B. Frank, will embark on a tour to commemorate the success of the band and album is born. Original singer Lenny Wolf declined to participate in the tour, but wishes the rest of the guys all the success and best in the world. KINGDOM COME will tour in 2018 and 2019, performing its debut album in its entirety (when headlining) along with music from its second album, In Your Face. 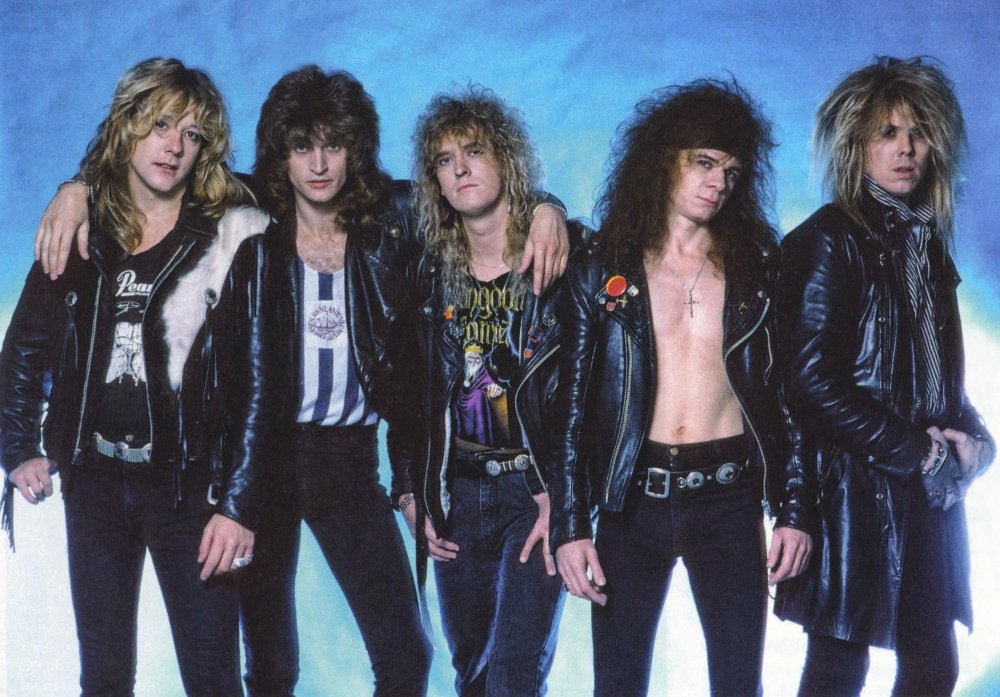 More shows will be added. 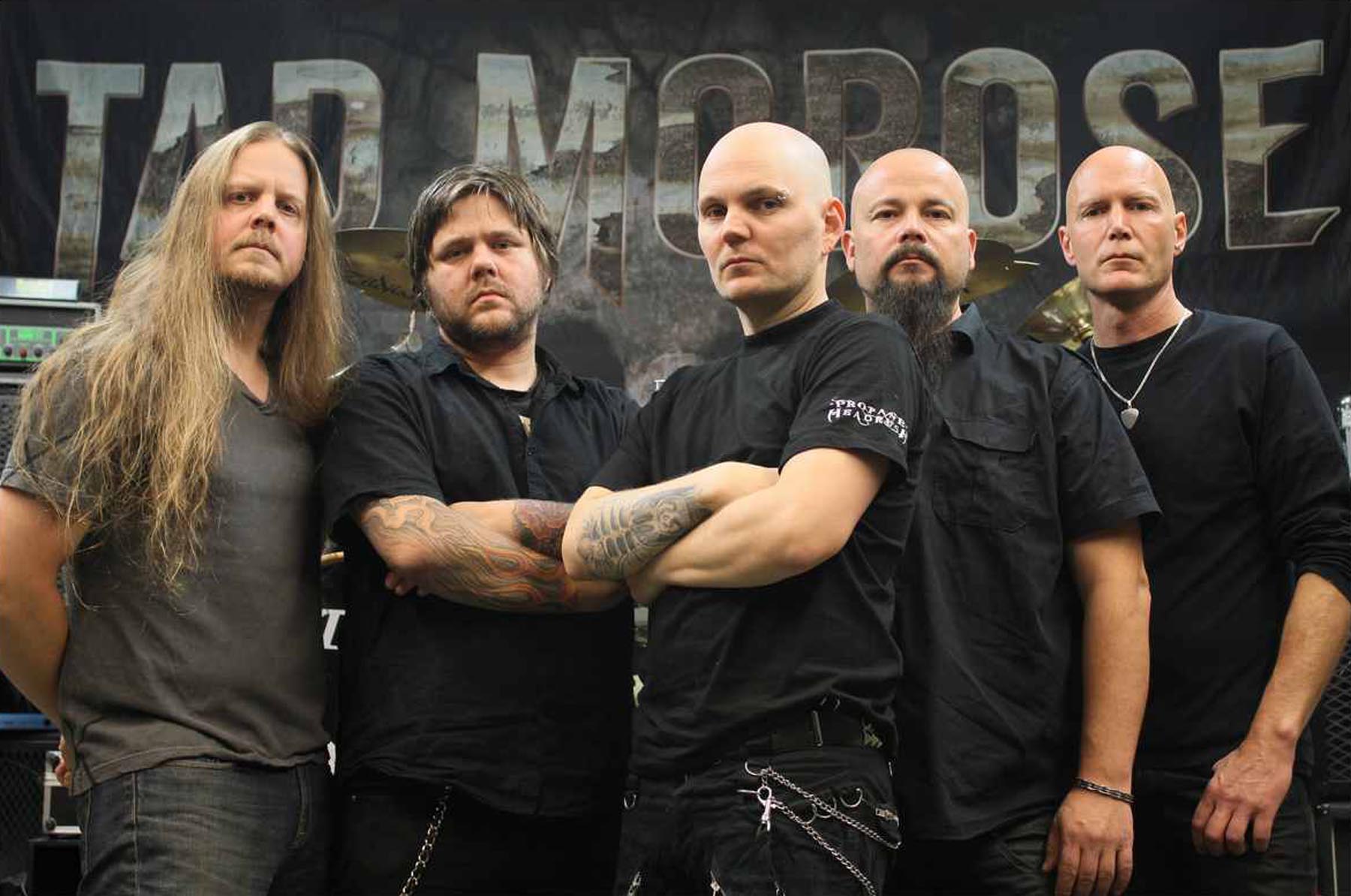 Veteran Swedish metallers TAD MOROSE have released a new video for the song “I Am Night”, taken from the band’s tenth album, titled Chapter X, which was released on June 15 via GMR Music. Chapter X opens with the powerful “Apocalypse”, a semi-proggy, symphonic melodic metal tune loaded with a chorus that kicks the listener in the ass while “Deprived Of Light” is straight-up double bass melodic power metal with a stench of ’80s Germany yet very modern at the same time. “I Am Night” is a fist to the face with a chorus that screams for an audience sing-along and album closer, “… Yet Still You Preach” calms things down with an atmospheric feel. Watch the video below. 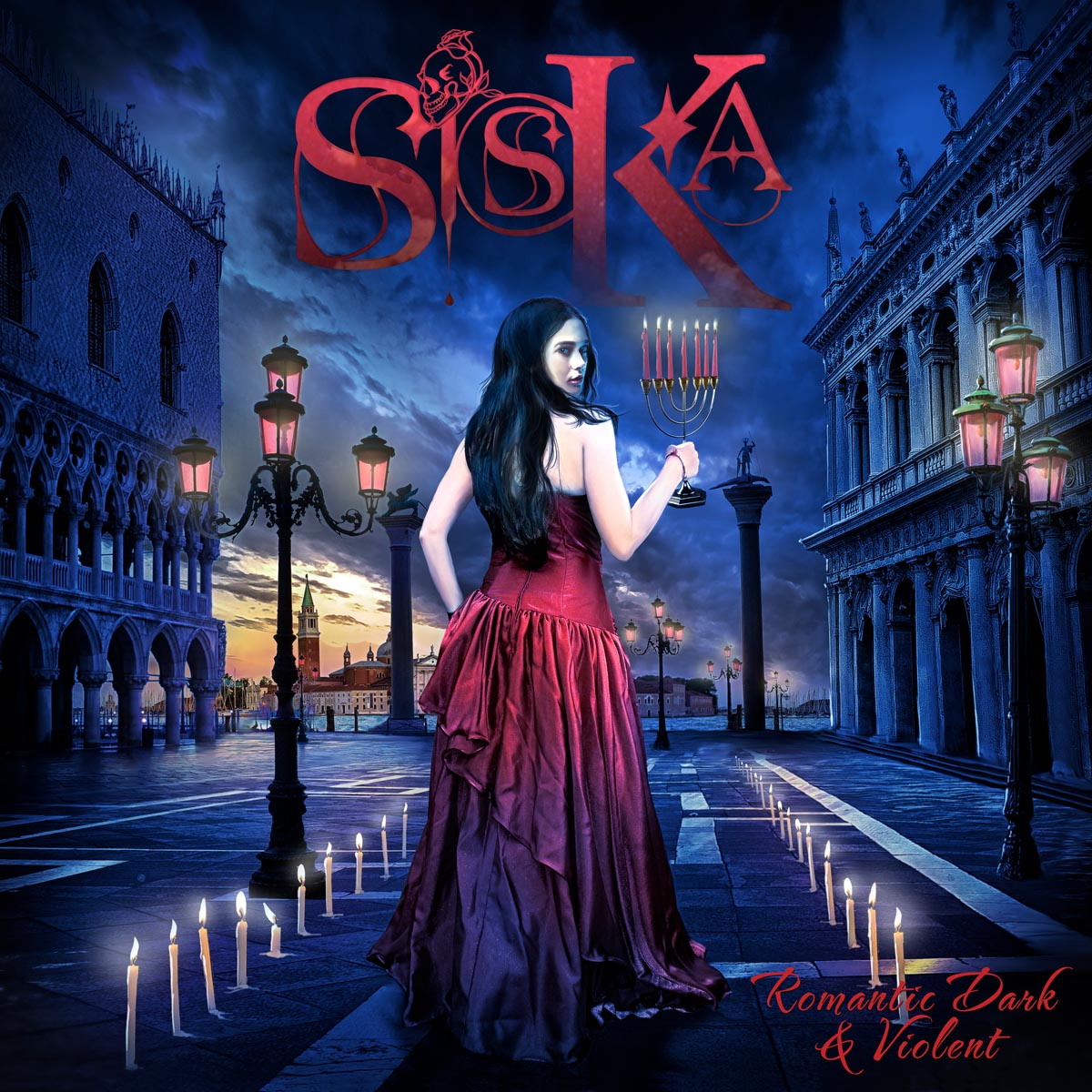 One of the most promising and active formations of the Hard Rock / Heavy Metal scene, the Italian SISKA, band of the six-string virtuoso Mattia Sisca, guitarist who played with Blaze Bayley (Iron Maiden) in Brazil and Europe, Dennis Stratton (Iron Maiden), Michael Angelo Batio (US shredder), and Jennifer Batten (Michael Jackson) has been signed by Big Tuna Records.

A musical project, SISKA, that made a tour in South America together with Tim “Ripper” Owens (Judas Priest, Yngwie Malmsteen), and played as shoulder group of the legend of world rock SKID ROW, and soon in concert at the Roman Arena in Bucharest on 6 July together with CHILDREN OF BODOM, SONATA ARCTICA, EPICA, and SOULFLY. SISKA‘s album, titled Romantic Dark & Violent, will have worldwide distribution in vinyls and CDs and will be available starting from July 13th 2018 in stores and on all the most important digital platforms. 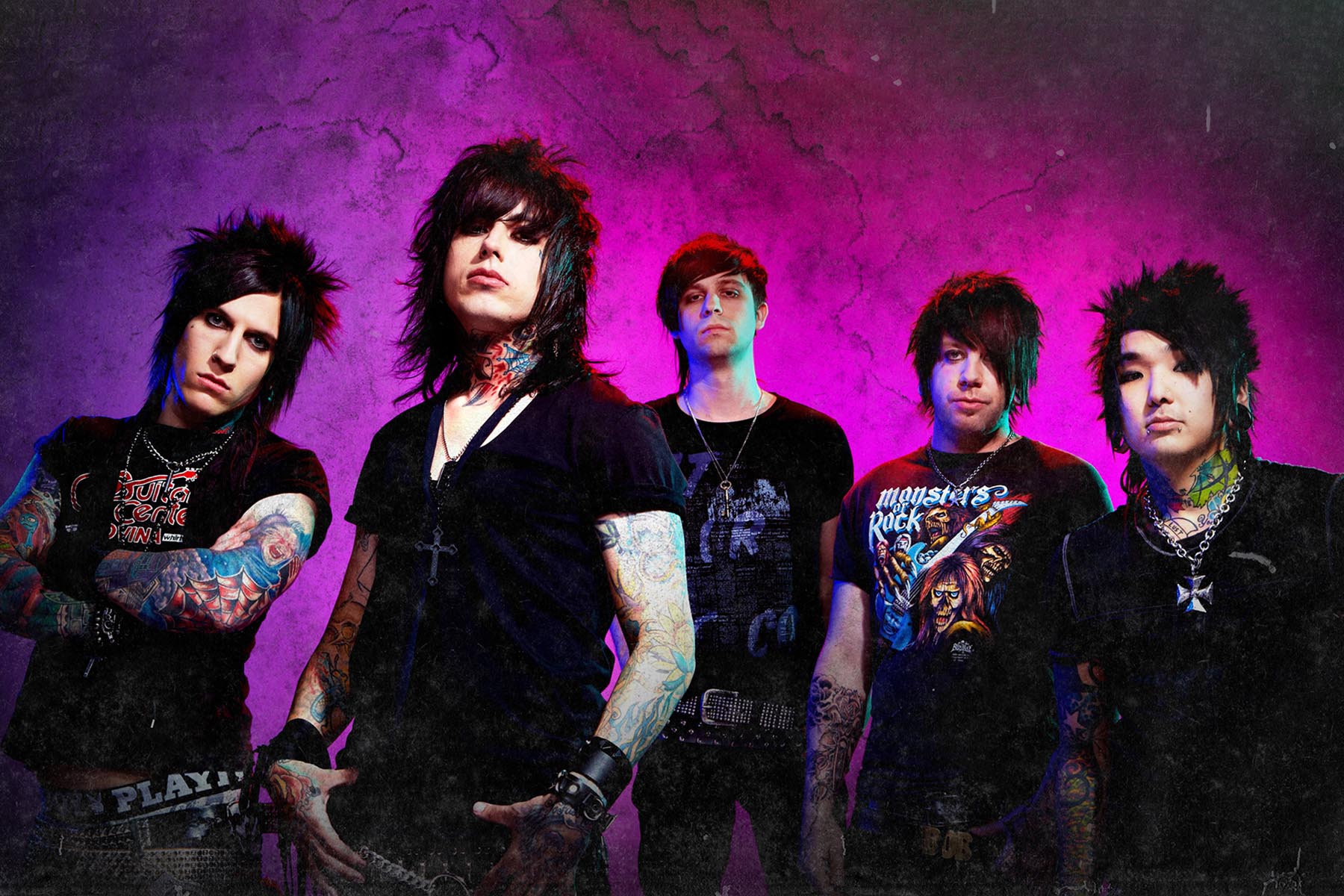 FALLING IN REVERSE released the standalone single “Losing My Mind” earlier this year. It was a sonic triumph for a band that constantly thrills its fans with unpredictable musical left turns, accompanied by a neon-tinged, rebellious, and futuristic video. It racked up nearly 7 million views and nearly 3 million streams since its release. The band has followed with the frenetic sequel — “Losing My Life.” Watch the video below 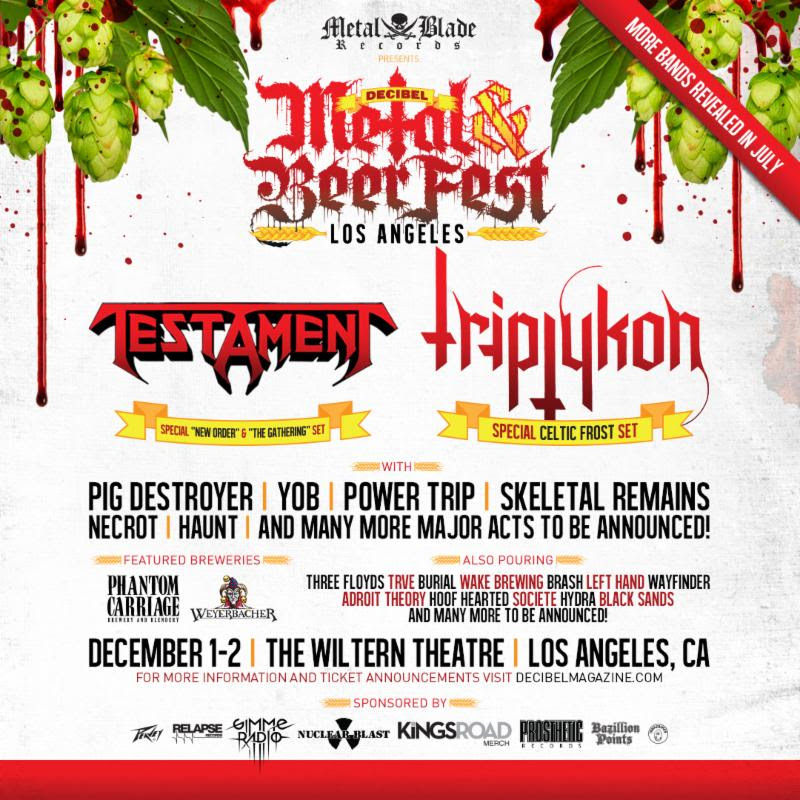 Join a gathering of craft brewings most morbid ales on Saturday and Sunday, December 1 and 2, 2018, as North America’s only monthly metal magazine brings the heaviest and hoppiest craft beer festival in the world to the historic Wiltern Theatre for the first-ever Decibel Metal & Beer Fest: Los Angeles.

Headliners include thrash legends TESTAMENT, who will play a special set of both their classic The New Order and The Gathering records in full, along with the Tom Gabriel Fischer-led TRIPTYKON performing a special all-CELTIC FROST set. Grind heroes PIG DESTROYER, revered doom trio YOB, new thrash gods POWER TRIP, death metal upstarts SKELETAL REMAINS, Bay Area bruisers NECROT and heavy metal new jacks HAUNT round out the first wave of bands on the bill with the next round of high-profile acts to be announced mid-July.

“I’m sure we’ll see fans travel from all corners of the planet to witness this heavily overdue set!” exclaims TESTAMENT guitarist Eric Peterson. “Get your tickets quick! You won’t wanna miss this event. A gathering of the new order is upon us!”

“We are super excited to be working with our friends from Decibel on this year’s Metal & Beer Fest,” says Brian Slagel, CEO of Metal Blade Records, the festival’s presenting sponsor. “It will be a great time and we are honored to again be working with everyone at Decibel magazine.” 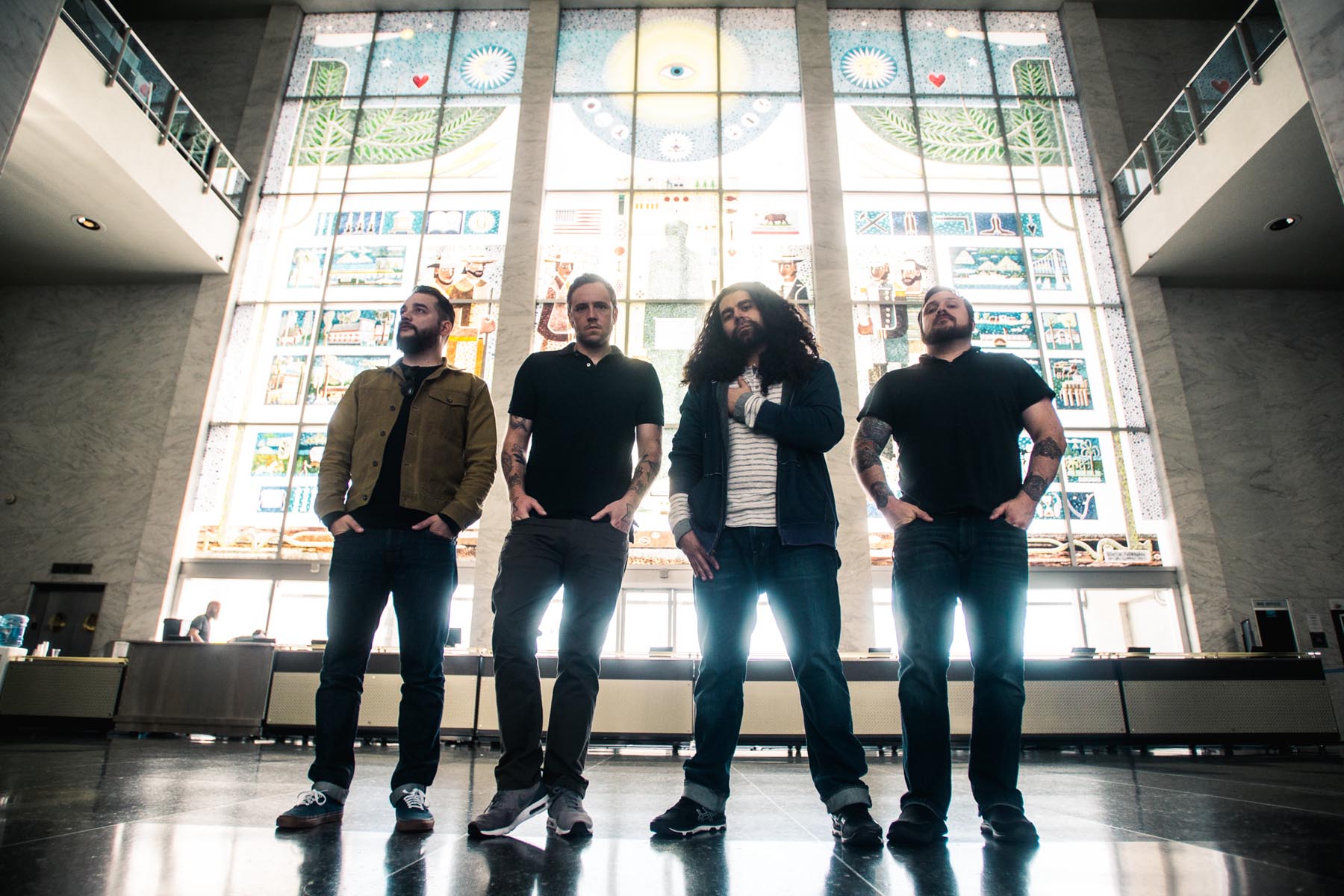 COHEED AND CAMBRIA have announced a tour of the UK this October to correspond with the release of their monstrous 15-song, 78-minute new LP The Unheavenly Creatures, due October 5th via Roadrunner Records. The 6-date tour kicks off in Cardiff and closes at the Roundhouse in London. Support comes from Californian progressive act, Chon. There will be a special album and ticket pre-sale starting 10 AM, Wednesday, June 27th, when fans can exclusively pre-order the new album CD early, signed by the band, in a bundle with tickets. The pre-sale will go live here. Additional VIP packages will be made available at coheedandcambria.com with tickets on general sale from 10 AM, Friday, June 29th.