Frontiers Music Srl has announced the upcoming release of the self-titled debut album from Brazil’s Icon Of Sin, a new project centered around the stunning vocal talents of the popular Brazilian YouTube sensation Raphael Mendes, which will be released on April 16, 2021. The band’s sound is a loving acknowledgement of their love of ’80s heavy metal coupled with a modern approach. Today, fans can get their another taste of the album with the lyric video for the album track “Icon of Sin”. Watch it below.

Pre-order/save “Icon Of Sin” at this location.

“This album will surprise many people. This is one of those albums you listen to from the beginning ’til the end, appreciating all the songs and repeating it again many times. There are songs about movies, video games, and more and I think combining these things with metal music is awesome. When Sergio and Marcelo showed me the songs, I got so happy because this is the kind of music I love and when you do the things with passion, it comes naturally. It was really amazing to work with them,” says vocalist Raphael Mendes.

“I’m thrilled to show to the world the massive heavy metal album we’ve created. It was fun to use my songwriter/producer’s hat on this one. It’s a very diverse and organic record and I believe that heavy metal fans are going to love it!” adds producer/songwriter Marcelo Gelbcke.

Like many other music fans, Frontiers first came across Mendes while surfing YouTube for new and exciting talent. Serafino Perugino, President and A&R director of Frontiers Records, knew right away that he wanted Mendes to join the label’s ever growing pool of young, exciting talent and moved quickly to invite him to the Frontiers family. Mendes‘ vocal style begs for him to release a proper heavy metal album and Perugino had to look no further than Frontiers‘ own roster to find the right talent to pair Mendes with. He pulled in two other stellar Brazilian musicians, Sergio Mazul (SEMBLANT) and Marcelo Gelbcke (LANDFALL) to write an album that would perfectly suit Mendes‘ stunning vocals and thus, Icon Of Sin was born.

Of the first single ‘Shadow Dancer’, Mendes says, “‘Shadow Dancer’ was my first favorite song from the album, though it’s difficult to choose only one. When I started working on this song I really loved the story behind the lyrics, because it is a mix of things that I have always liked: Heavy Metal, Asian culture, and martial arts. This song has all the elements that a Heavy Metal fan loves: great riffs, great story, a chorus that will be stuck in their heads.”

Producer/songwriter Sergio Mazul says, “‘Shadow Dancer’ is basically a song about ninjas. While it acknowledges the cultural and historical roots of this theme, it is also influenced by years of watching movies, documentaries, reading books on the topic, and even playing classic video games such as Shinobi and Ninja Gaiden! Musically, we wanted killer riffs, killer solos, and an epic, strong chorus. This was created by metal fans for metal fans!”

“’Shadow Dancer’ is one of the first tracks we wrote and we thought this song could be an opening single from the beginning. I’m sure it’s super catchy chorus is going to be stuck in peoples’ heads!” says Gelbke.

Raphael Mendes has become a very popular figure in the YouTube world due to his jaw dropping vocal covers. His recognition as one of the hottest new talents in metal started in 2016 when he was invited by guitarist Fabio Lima to record a YouTube video that wound up going viral. Encouraged by the reaction, Mendes launched his own YouTube channel to create more videos for fans to enjoy. As more and more fans around the world started to discover him, he was invited to join other musical projects, including Marius Danielsen‘s “Legend Of Valley Doom Part 2”, which also featured Michael Kiske, Vinny Appice, Mark Boals, Michele Luppi, and Diego Valdez, among others. One of the things that made Mendes‘ reputation grow considerably happened earlier in 2020, when a video series called “What if Bruce Dickinson sang in other bands” was launched. With Mendes Dickinson-esque singing style being used to cover songs by Megadeth and more, these versions impressed fans worldwide and word quickly spread in the metal community. 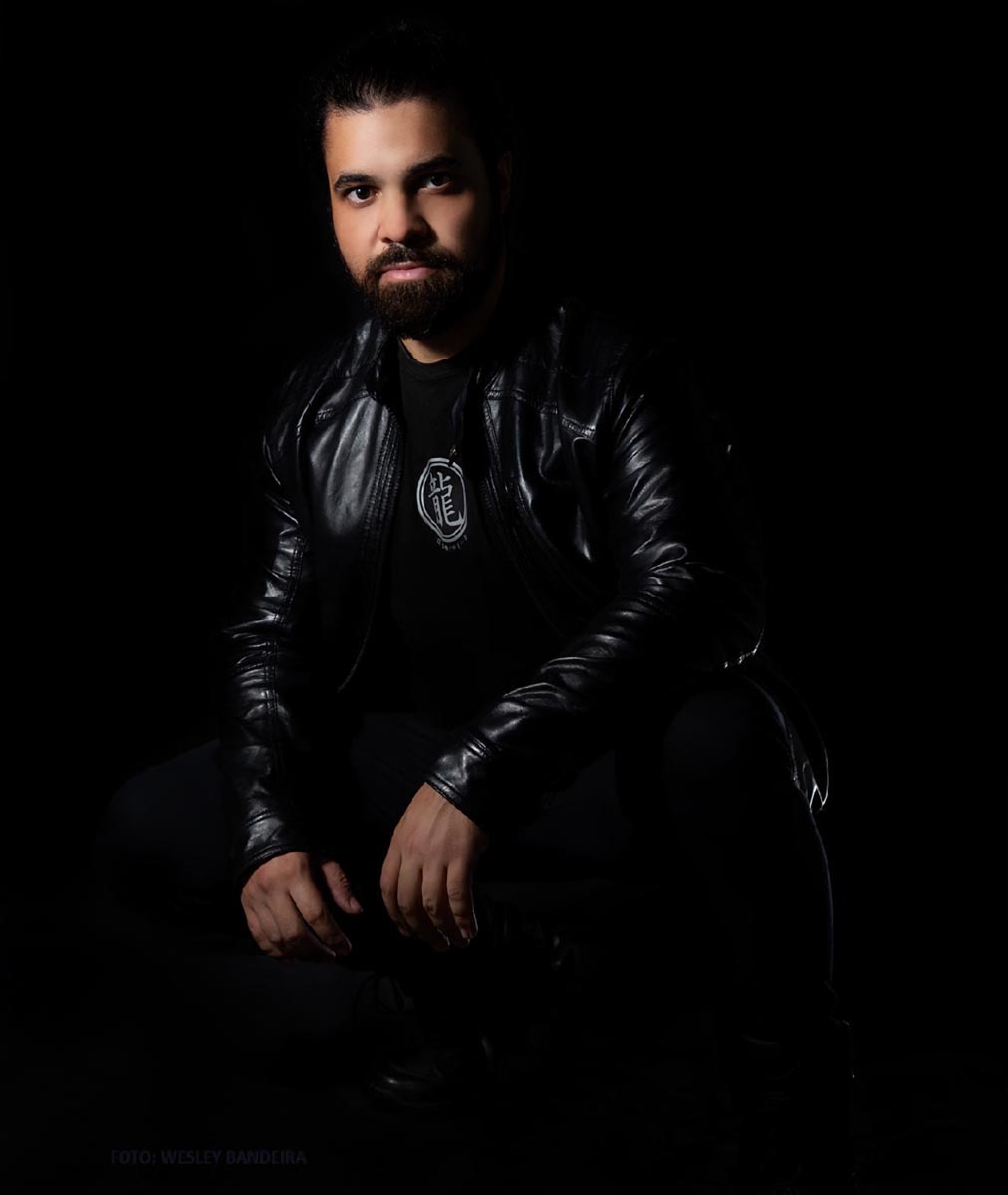 Raphael‘s videos ended up reaching the eyes and ears of Frontiers, a label known for signing and nurturing the most promising new names of the next generation of rock and metal. Frontiers has recently started to work more and more with South American based talent and had the thought to pair Raphael with two outstanding musicians of the Curitiba metal scene, both of whom have already unveiled their musical talents through the label: Sergio Mazul, singer of Semblant and Marcelo Gelbcke, guitarist of Landfall. While the music of their respective bands are quite dissimilar, both have a passion for traditional heavy metal and knew they could craft amazing music for Mendes to put his vocals to. Icon Of Sin‘s debut album is a no-nonsense, straight ahead classic pure heavy metal album.

Guitarists Sol Perez and Mateus Cantaleãno, bassist Caio Vidal, and drummer CJ Dubiella have joined up with Mendes to round out the full line-up of Icon Of Sin.

“Music is my passion, a way of life!” says Raphael Mendes. “It’s really been and continues to be a fantastic experience, working on the Icon Of Sin album. The songs are so powerful, and it has awakened something in me that I haven’t felt for a long time from a heavy metal album!”