This year marks 40 years of one of the most influential and pioneering bands of the German heavy metal scene. May 29 will see metal titans GRAVE DIGGER release their 20th studio album via Napalm Records, and their 40th band anniversary will be celebrated in the most glorious way. With their brand new album, “Fields Of Blood”, the band around charismatic front-man Chris Boltendahl continues their iconic Scottish Highlands story.

Today, GRAVE DIGGER is presenting a very special highlight and the second single of the album. The new track “Thousand Tears” features the incomparable voice of Noora Louhimo of BATTLE BEAST, refining the most touching metal ballad of the year in a duet with Boltendahl. An unforgettable moment of GRAVE DIGGER‘s from “Fields Of Blood”, the track invites the listener into a melancholic dream, sweetened with a high class vocal mélange and an outstanding instrumental arrangement.

Says Boltendahl: “With ‘Thousand Tears’, we pay homage to the unforgettable Queen of Scotland, Mary Stuart… Noora from BATTLE BEAST gives Queen Mary an incredible, warm and fragile atmosphere through her voice which at the end of the song turns into pure anger and despair. We couldn’t have found a better voice for this song. We are proud to present ‘Thousand Tears’ featuring Noora Louhimo. One of the best ballads GRAVE DIGGER has ever written, maybe the best of our entire career.”

Noora adds: “It’s an honor to do a collaboration with the legendary GRAVE DIGGER and I’m very intrigued by the Scottish-themed songs they’ve done. Now I will also be part of their historical song ‘Thousand Tears’ as the voice of Queen Mary. I hope all listeners can hear the big emotions and get a little glimpse of her story as one of most powerful women that lived in her time.”

“Fields Of Blood” will be out on May 29 in the following formats: 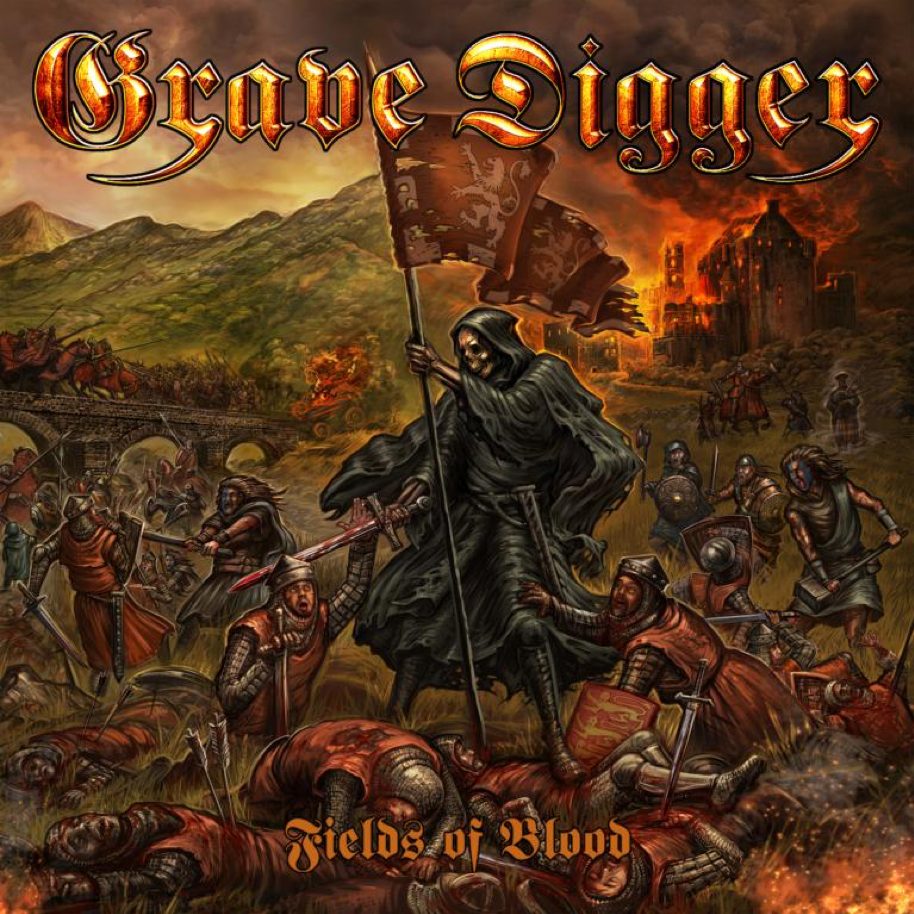 “Fields Of Blood” is the conclusion of a legendary trilogy and an auditory battle of unique traditional metal. The album takes the listener on an emotional journey through Scottish history and into explosive sound landscapes. Driving riffs and epic choruses meet the famous “Great Highland Bagpipes”: In the Highlands, the battlefields of Stirling, Bannockburn and Culloden, the listener will find himself on a roller-coaster between grief and triumph again, losses and wins with the Scottish freedom fighters.
Share. Twitter Facebook Google+ Pinterest LinkedIn Tumblr Email