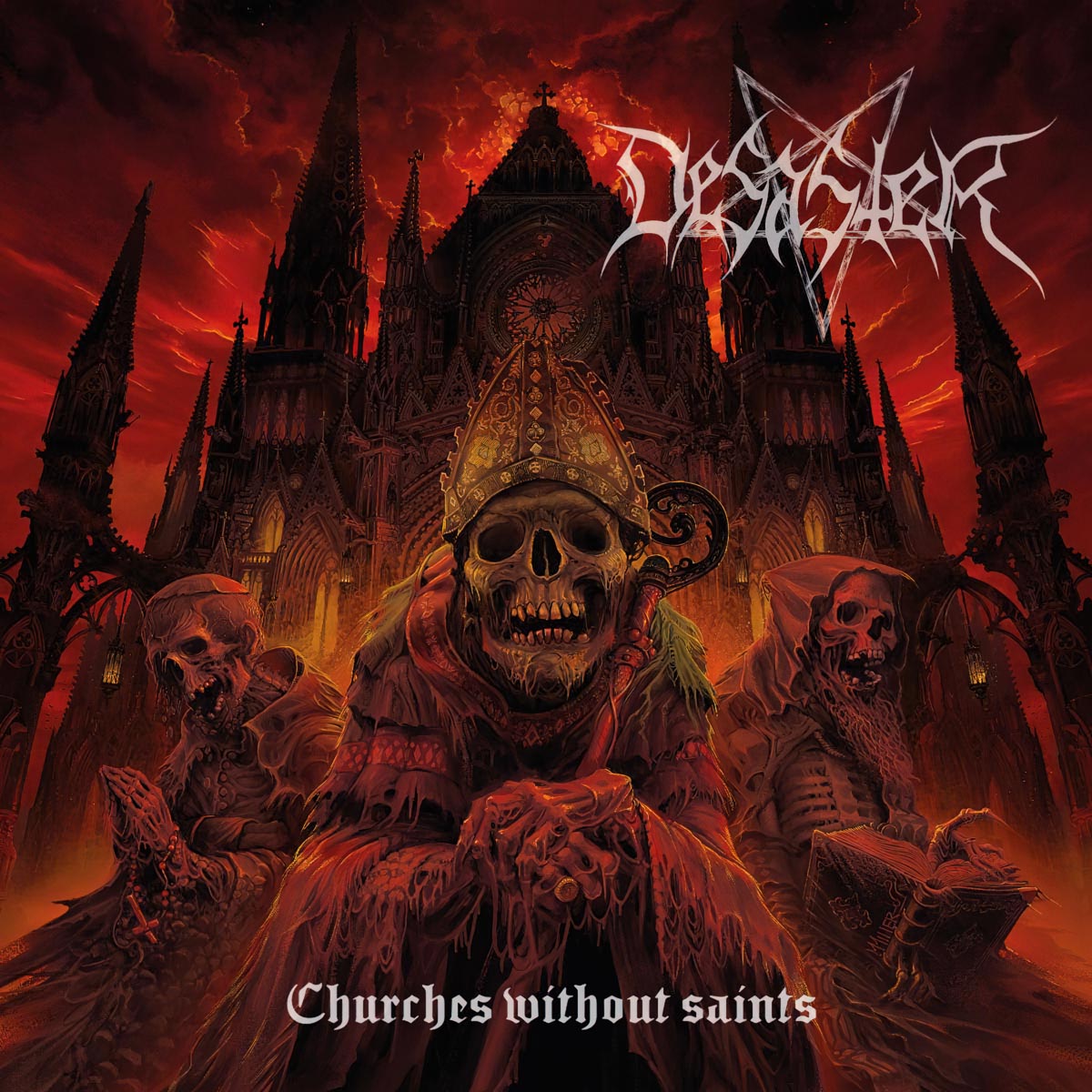 Since 1989, Germany’s Desaster have been churning out their unique and unholy blend of extreme metal, and in 2021 they return with perhaps their most powerful album to-date, the towering “Churches Without Saints.” “It’s a typical Desaster old school black-death-thrash metal album, with a lot of aggression, but also great atmosphere and epic tunes!” enthuses guitarist and founding member Infernal. With a simple remit of making an album full of “neck-breaking songs”, the quartet have once again proven themselves leaders in their chosen genres, giving their faithful and newcomers alike plenty to salivate over.

With a five-year gap elapsing since they dropped last album “The Oath Of An Iron Ritual,” fans have had to be very patient, but will find the results more than worth the wait. This new effort also features Hont taking over behind the kit from previous drummer Tormentor, bringing a welcome change to the way they work. “He’s a very skilled drummer and can play really anything. Whereas in the past the songwriting was a lot of ‘trial and error’ with testing many rhythms, we nowadays can work much more efficiently. Hont knows what rhythms fit to the riffs immediately. He has studied Desaster‘s music in detail and knows what works best, but he is not just copying Tormentor‘s style – he brings his own skilled style into the music, and also some new rhythms and figures. That of course brings some fresh wind into the songs.”

The record was tracked in the band’s rehearsal room and was recorded, mixed and mastered by their live mixer Jan “Janosch” Gensheimer. This led to a very relaxed atmosphere throughout the whole process, having rehearsed a lot prior to recording and also doing a full pre-production demo with their own equipment, meaning they could record very fast and without many mistakes. They did however change things up a little, sonically speaking. “It was a big goal for me to change the sound a bit,” says Infernal. “Whereas the last albums had a very harsh sound, where the mid and high frequencies were dominating, I wanted a warmer and smoother sound this time. I always liked the sound of our ‘Tyrants of the Netherworld’ album from 2000 very much, and the new album is an effort to develop this sound with more details and different instruments. On ‘Tyrants‘, we had the rough mud of deepest hellish caves, now we present you the black lava which is flowing around the throne of Satan himself!” And having achieved everything they set out to, “Churches Without Saints” definitively starts a new and exciting chapter in one of extreme metal’s most consistently thrilling bands. 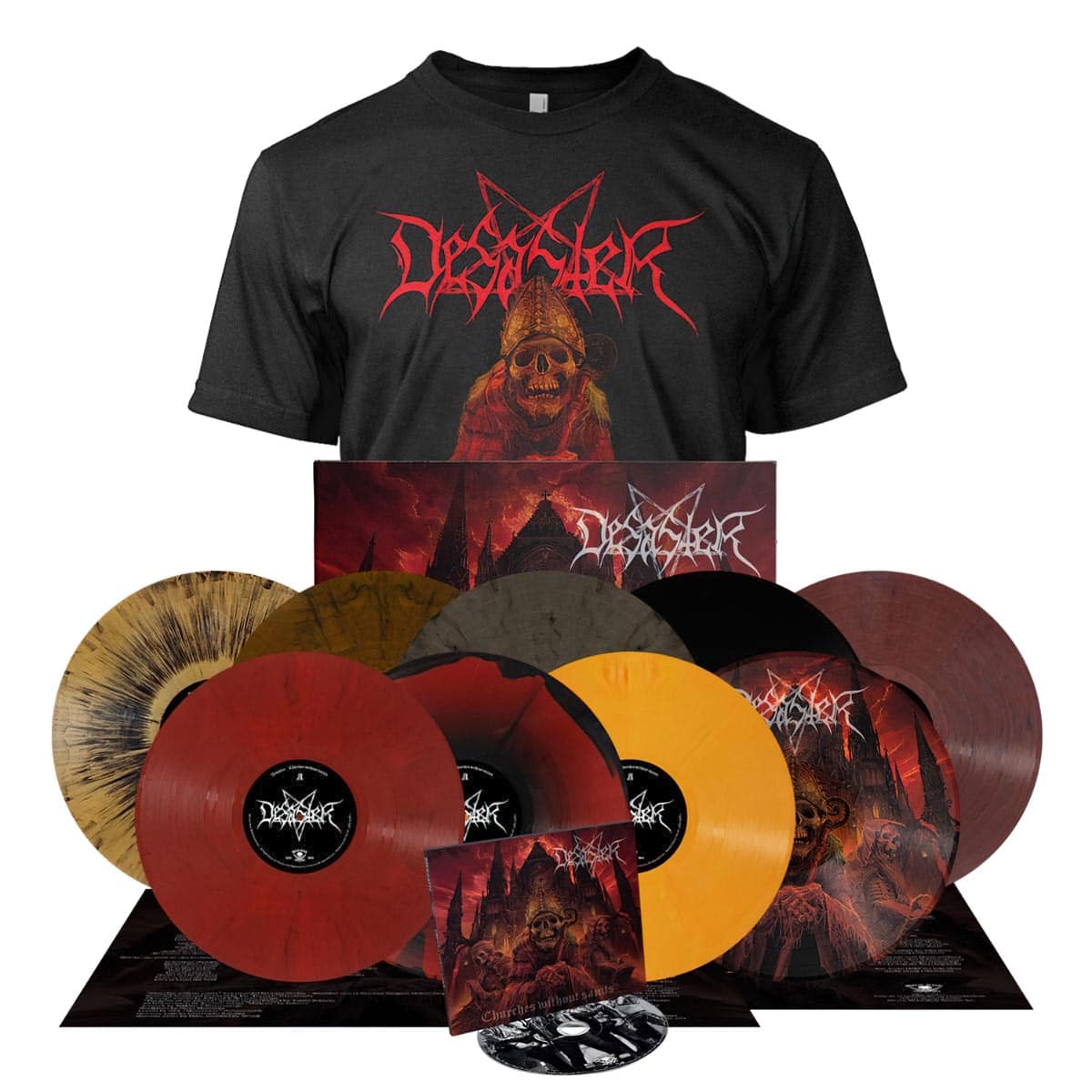