STYX founding member Dennis DeYoung will release a new original solo album, “26 East, Vol. 1”, on May 22 via Frontiers Music Srl. The official music video for the song “To The Good Old Days”, featuring Julian Lennon, can now be seen below. The clip’s imagery spans the life and career of DeYoung, featuring a rare look into his personal archives, highlighting the entire span of his musical career, his 50-year marriage and his extended family. It is a touching, heartfelt video that speaks to the memories we all hold dear.

Of the song, DeYoung says: “It was written specifically for Jules and I to sing together. He nailed the vocal and I harmonized. Harmony baby, I love it. It’s the final song on my album and it’s a simple farewell from me as I recall the sweetest days of my past with my fans, friends, family and forgiveness.”

“26 East” was the address where DeYoung grew up in Roseland, Illinois on the far south side of Chicago. This is where the band was formed in his basement in 1962. Across the street lived the Panozzo twins, John and Chuck, who along with DeYoung would go on to form the nucleus of STYX. The cover artwork features three locomotives traveling through space, representing the original members leaving Chicago on their journey to the stars. 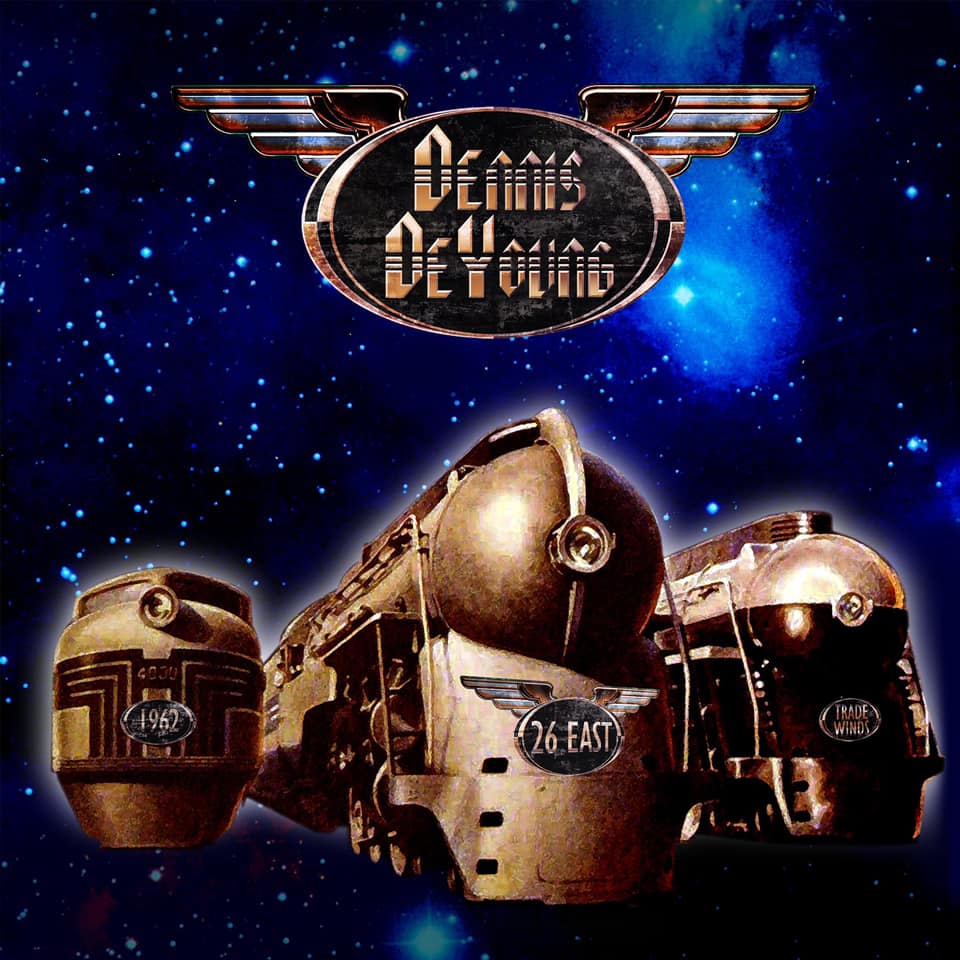 “This was supposed to be my final album but there were so many songs written that Serafino Perugino, CEO of Frontiers, suggested dividing it into two albums rather than one,” DeYoung states. “This is Volume 1, which sounds pretentious to me, but the marketing folks wanted you to know there are going to be two of them, so hey kids, there are two of them; this is Volume 1.”

The process that brought forth the album beginning in the first place started when Jim Peterik, a fellow Chicagoan and nearby neighbor, sent a song to Dennis.

“If not for Jim Peterik‘s encouragement, talent and prodding I would not have recorded this music,” says DeYoung. “He once told me the world needed my music; to which I replied ‘have the world text me for verification.’ We collaborated from the get go, happily and seamlessly and at this time we have written nine songs together of which five will be on Volume 1. Just two Chicago guys doing what they do best, making music and having a laugh.”