Reunited San Francisco Bay Area thrashers VIO-LENCE have released a new digital single, “California Über Alles”, a cover version of the DEAD KENNEDYS classic. The band also recently filmed a music video for the song with director Scott Kirkeeng. Check it out below.

VIO-LENCE comments: “Being musicians in the Bay Area thrash metal scene, VIO-LENCE believes it is important to acknowledge the music that had a huge influence on thrash metal — which was Bay Area punk rock. With that in mind, VIO-LENCE looked to one of the most influential bands of that scene — the DEAD KENNEDYS — and their iconic song ‘California Über Alles’ to perform.

“‘California Uber Alles’ is a song VIO-LENCE has been wanting to perform live for some time. We decided that since we weren’t going to be able to do that this year, and since fans haven’t heard any recordings from VIO-LENCE since 1994, that now was a good time to bring it to our fans. We recorded it in our rehearsal studio with our new lineup of Phil Demmel, Perry Strickland, Christian Olde Wolbers [ex-FEAR FACTORY], Bobby Gustafson and Sean Killian. So we hooked up the recording equipment and got to work. On a good day, it was about 95 degrees Fahrenheit, which was a motivator to nail our takes to minimize the time we had to sweat. Once the song was recorded, Christian headed home to Venice and got to work mixing and mastering the recording. We all agree that he did a great job, giving the song excellent sound without losing the raw rehearsal studio sound that we wanted to keep.” 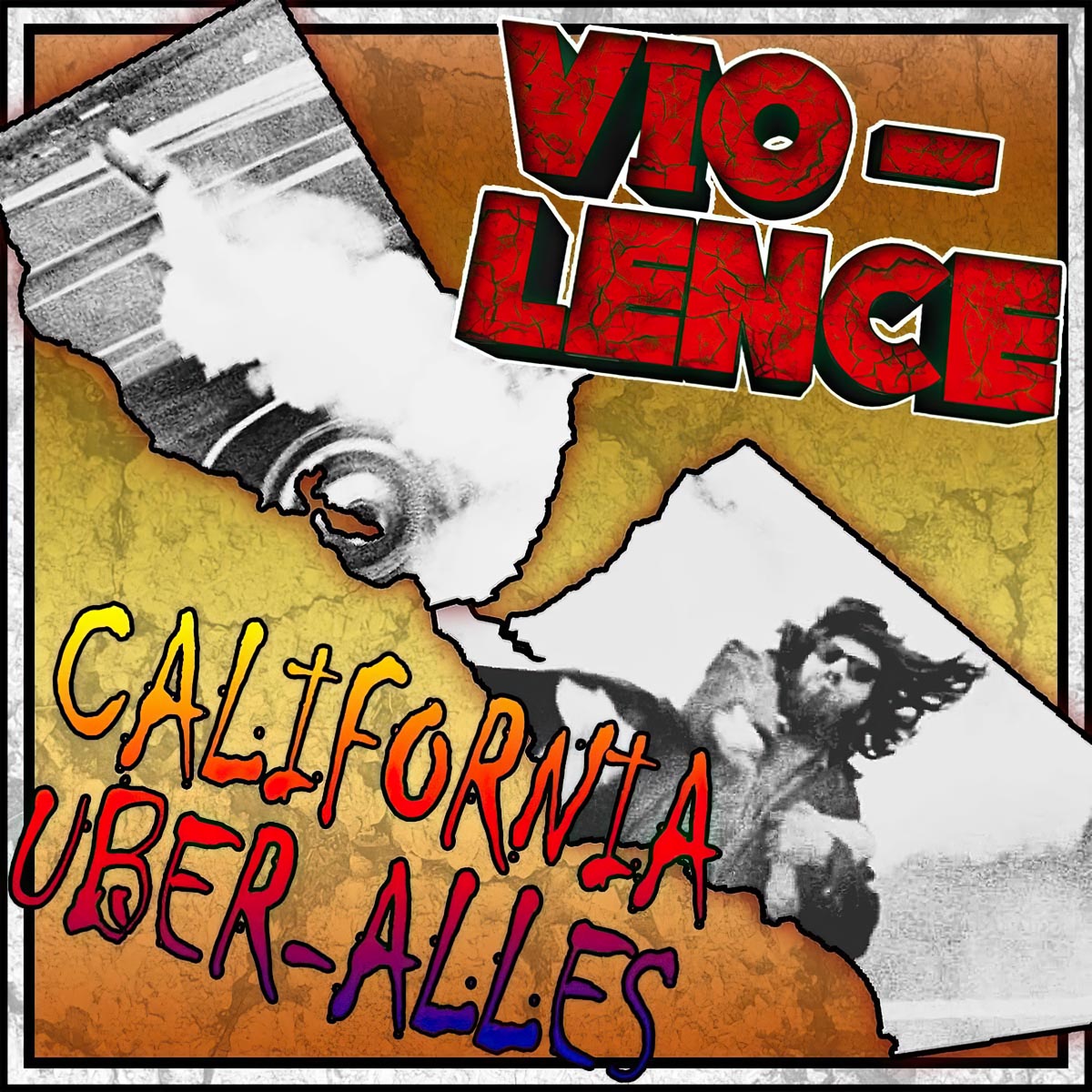 “Once recorded, the band moved onto the task of filming a video for the song. We met with Scott Kirkeeng, senior producer with East Peak Media, to discuss ideas. With Scott heading the production, Dan Brown editing, and Tatiana Peavy working the music playback, the video shoot began. We spent the day filming at The Back Lounge, a bar owned by Phil and Marta Demmel. The location must keep be confidential for fear of the California Secret Police locking us up for life. The band invited 10 friends, including Chris Collins (the guy wearing the helmet camera in the ‘World In A World’ video) and family members (including Sean‘s son, Seamus), to join in the fun as masked zombie metal maniacs. Nurse Marta ‘Demmon’ showed up to give the band a shot of ‘OBEE-D-ENCE’, which was emphatically rejected. We had a great time recording and filming the video and song, and we hope you enjoy the VIO-LENCE version of ‘California Über Alles’.”

This past January, VIO-LENCE parted ways with guitarist Ray Vegas and replaced him with Gustafson (ex-OVERKILL). VIO-LENCE is currently working on material for a new EP, tentatively due in early 2021 via Metal Blade Records.