“It is with great pleasure that the triumvirate returns to North America ‘In Nomine Satanas’, with our great friends EXMORTUS and HOMEWRECKER for some exclusive limited dates,” commented Dolan. “We are proud to also feature in this 2019 part one our show with the original almighty MISFITS at the Chicago Allstate Arena. The heavens are most certainly on fire!!! Avé!”

Confirmed dates are as follows: 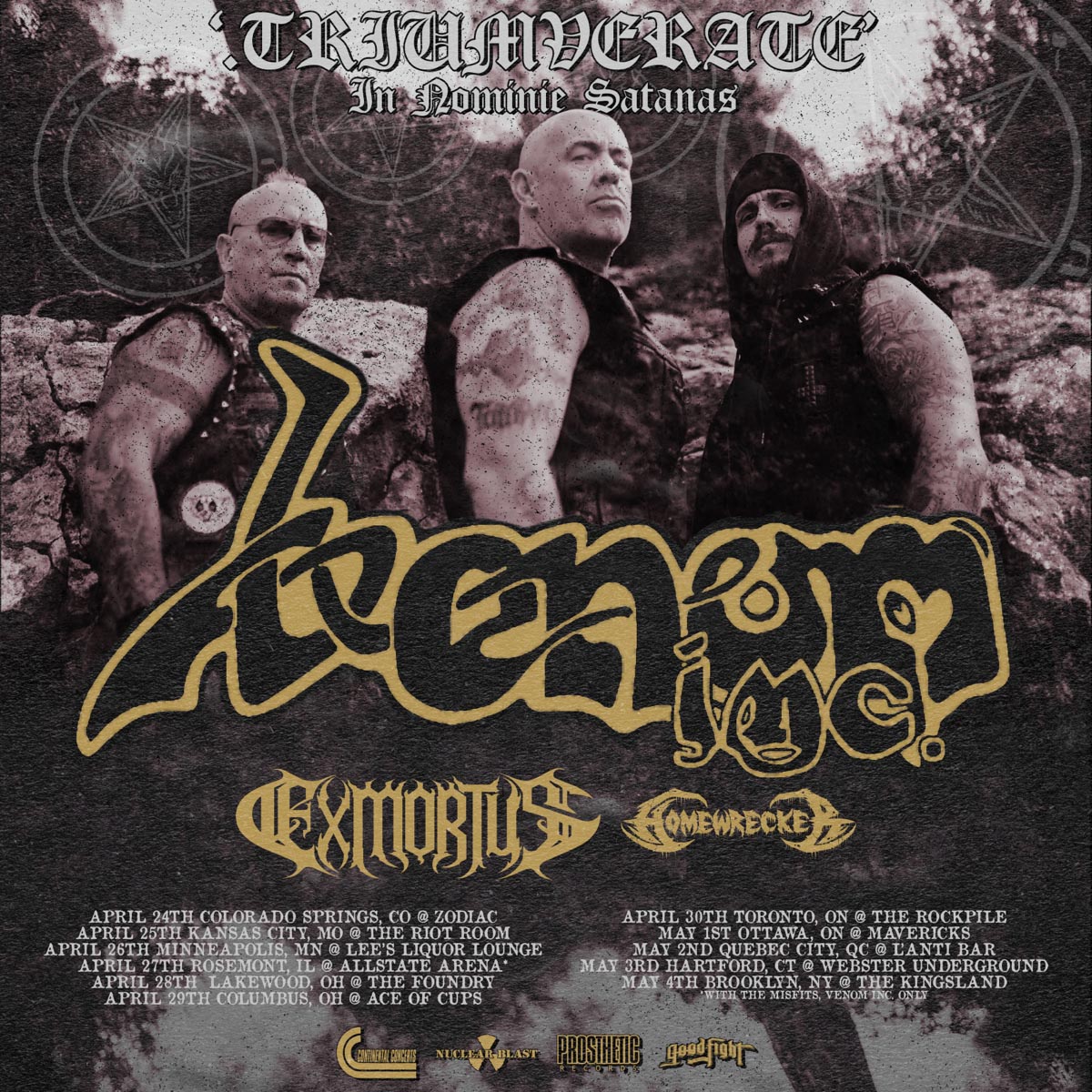 Last year, VENOM INC. recruited Jeramie Kling of the Tampa-based melodic death metal band THE ABSENCE to fill in for drummer Anthony “Abaddon” Bray on a European tour while Abaddon stayed home to spend time with his newborn daughter. VENOM INC. has since completed several tours with Kling without making any official announcements about Bray‘s possible return to the group.

VENOM INC. is not to be confused with the Conrad “Cronos” Lant-fronted version of VENOM, which is continuing to tour and make albums under the VENOM moniker. Joining Cronos in that group are Rage (a.k.a. Stuart Dixon) on guitar and Danté (a.k.a. Danny Needham) on drums.