VANDENBERG’S MOONKINGS, the act led by guitarist Adrian Vandenberg will return with their new record, Rugged And Unplugged which will be released on November 23 via Mascot Records/Mascot Label Group. The song “Burning Heart” can be streamed below.

Rugged And Unplugged is a beautifully stripped back acoustic album which features songs from across Adrian Vandenberg‘s career. From his first band TEASER as a 20-year-old, he has always used an acoustic guitar in his recordings, which along with the electric guitar creates the light and shade dynamic that is the cornerstone to all of his records.

“For me, the sign of whether a song is good or not, is whether it still stands up when it’s completely stripped down to the bare essence of it,” says Vandenberg. He continues: “What I find with acoustic versions of songs you already know is that they can touch you in a different way than the full band and even orchestral versions. You don’t get ‘impressed’ by big guitars, drums and even orchestras. As a performer, you can’t hide behind all that, so what’s left is the emotional content of the performance and the actual song.”

This project created the opportunity to strip down the big orchestral arrangements on songs such as “What Doesn’t Kill You” and “Breathing” to just Vandenberg on acoustic guitar and the voice of Jan Hoving. Adrian‘s 1983 hit “Burning Heart” gets a stunning reworking.

“My favorite singers ever since my teens have always been guys like Paul Rodgers and David Coverdale,” Vandenberg says. “Since I wrote this song in 1981, I’ve always pictured it sung by a singer with such a tone of voice and vocal abilities. Jan is absolutely such a singer as you can hear. “One Step Behind” has a graceful warmth and “Walk Away” feels both intimate and anthemic.” 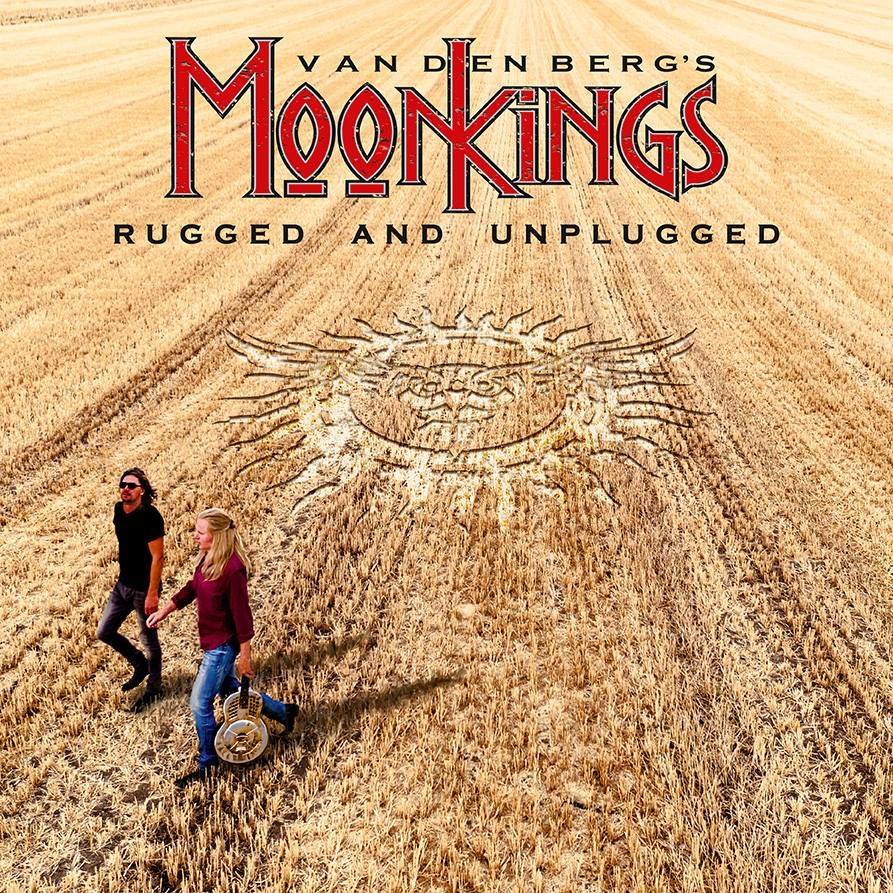 Originally from WHITESNAKE‘s 1989 album Slip Of The Tongue, “Sailing Ships” has a delicate beauty to it that makes the hairs on your arm stand up and has become a favourite and regular in the MOONKINGS live shows. “Out Of Reach” is the only song that features drums, bass and violins and has a warm cascading elegance. The album closes with a new song, the instrumental “Sundown”. Adrian says: “It was one of those beautiful early evenings in the late summer, the light turning pink, it was quiet and I was doodling away on my acoustic guitar. The melody that pretty much rolled off of my fingers really matched the vibe of that moment so I decided to record it and end the album with it. It felt like a very natural thing to do.”

Like the two MOONKINGS albums, MoonKings (2014) and MK II (2017), Rugged And Unplugged was produced by Adrian Vandenberg himself. It was recorded between Vandenberg‘s home studio and Jan Hoving‘s farm which gives it the relaxed, intimate and natural feel, away from the clinical studio environment. It is Vandenberg and Hoving doing what they do and love the most, playing music straight from the heart.