Celebrating the 40th anniversary of UK’s critically acclaimed self-titled debut record released on Polydor in 1978, Eddie Jobson is making this seminal album available on vinyl for the first time since its original release. It will be released on April 21st, and available exclusively to Record Store Day participating retailers worldwide. The record is pressed on 180 gram vinyl, and includes an 8 page full color booklet designed exclusively for this release. The album is remastered from the original tapes located at Abbey Road Studios in London, which is the same master that was used in the now out of print “Ultimate Collector’s Edition” box set that compiled all the works of UK’s 3 albums, along with rarities, live material and 5.1 versions across 18 discs. “I’m pleased to recognize the 40th Anniversary of this seminal album with this carefully remastered vinyl release. This is now a legacy recording, made even more significant with the recent passing of both Wetton and Holdsworth, that I hope will represent a benchmark for future musicians.” Eddie Jobson says.

In October 1977 the new supergroup featuring Eddie Jobson, Bill Bruford, John Wetton and Allan Holdsworth entered the rehearsal room, each armed with a panoply of musical ideas. Each song, theme, part or riff was logged in, like a jigsaw piece, and so the organizing and arranging of the individual pieces began. External expectations were high, not just for what these four individual innovators might create together, but because Trident Studios in Soho was already booked to record the results of their highly anticipated collaboration.

The music of UK would be developed over several weeks. Wetton would reintroduce “Thirty Years,” a song first tried out with the Wakeman trio; Bruford brought in some harmonic, but mostly rhythmic ideas. Holdsworth‘s contributions revolved around his distinctive chord voicings, forming the foundation of such tracks as “Nevermore” and “Mental Medication.” Meanwhile, Jobson – the more formal composer of the group – brought in pages of musical notation that included the entire “In The Dead of Night” suite, minus vocal melody lines, but including “By The Light of Day” and the Zappa-influenced “Presto Vivace,” along with a complete version of “Alaska,” the verse of “Time To Kill” and half of “Nevermore.” The myriad musical ideas were painstakingly stitched together, mainly by Bruford and Jobson, but it would be Wetton‘s melodic and lyrical sense that would ultimately glue the disparate stylings into something resembling cohesive songs. Notwithstanding the considerable stylistic contributions of Holdsworth and Bruford, with a full sixty percent of the new album material emanating from Jobson‘s compositions, and with the addition of Wetton‘s vocal melodies and lyrics, the first UK album truly marked an auspicious beginning to the highly symbiotic Jobson-Wetton writing partnership. 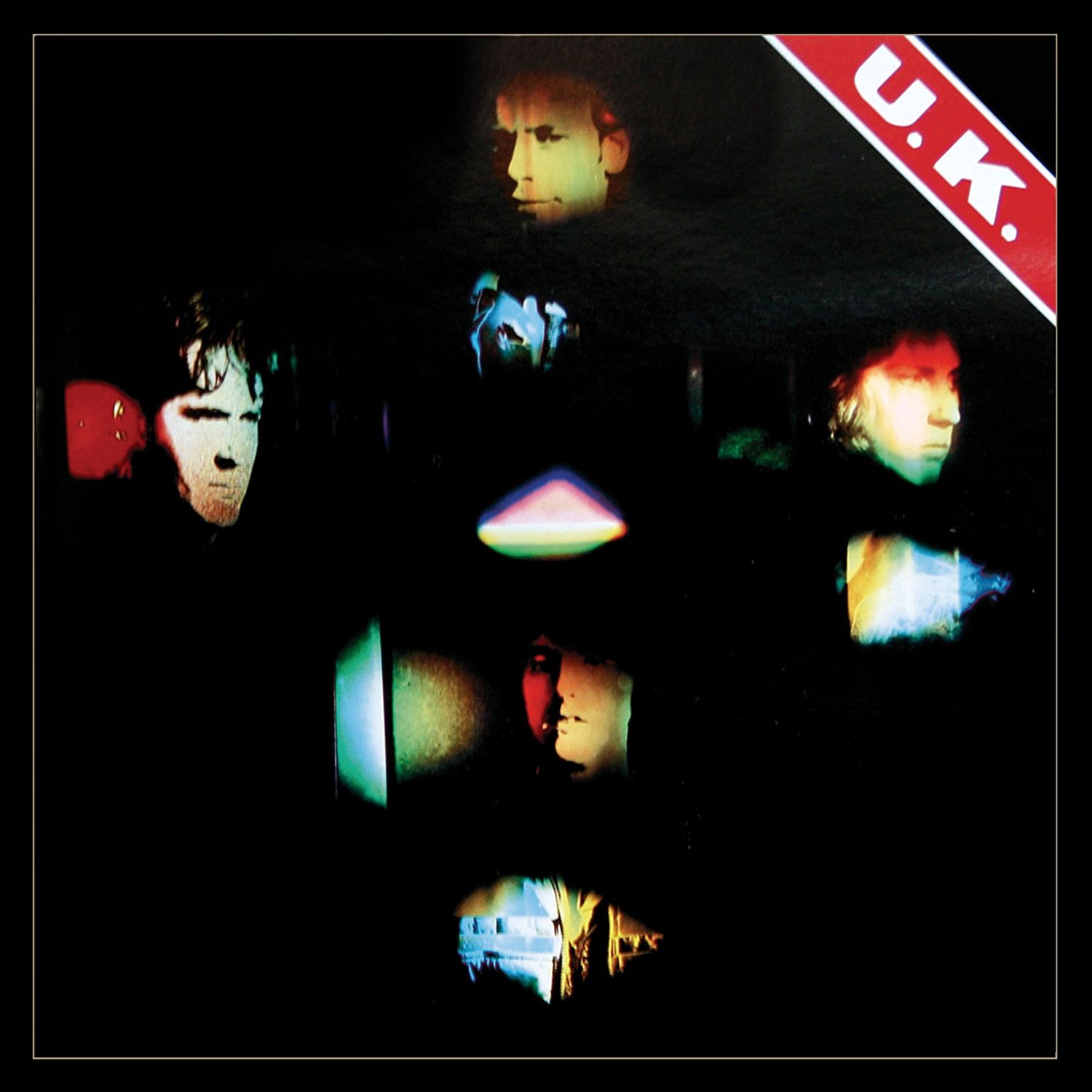 The well-known artwork of the seminal 1779 album

The “U.K.” album was recorded over a six-week period. Holdsworth‘s classic guitar solo on “In The Dead of Night” was created on the fly. Wetton‘s dense harmonies were carefully overdubbed over the course of many hours. Jobson created the entire electronic section of “Nevermore” on the studio’s massive ARP 2500 modular synthesizer. An amalgam of classical, jazz, rock and electronic, the first UK album was considered truly groundbreaking; Rolling Stone magazine called it “The great white hope of progressive music.”

In 2016 Rolling Stone selected the “U.K.” album as one of the Top 30 “best progressive-rock albums of all time.” Though, in a burst of collaborative brilliance, this towering lineup recorded only one album together, the pioneering musicians known as UK have still carved their place in rock history as one of the greatest progressive-rock bands of all time, and have left this classic recording as an exemplary standard for future musicians.

For more information about this release you can visit: