Last year, Phil Mogg confirmed that this year’s 50th-anniversary tour with UFO will be his last as the frontman of the long-running hard rock band. Consequently, it seems almost certain that at that point they will cease to exist. UFO was formed in London in 1969 and Mogg is its only ever-present member, performing on all of the group’s 22 studio albums.

While European dates have already been announced, the band is now unveiling the initial North American dates for this final run. Confirmed dates are listed below and include two shows in UFO‘s adopted hometown of Chicago, two special co-headline shows with fellow classic rock icons BLUE ÖYSTER CULT and two shows with ARMORED SAINT supporting. More shows will be added soon.

“This decision has been a long time coming,” Mogg said. “I’ve considered stepping down at the end of UFO‘s previous tours in 2016. I don’t want to call this a farewell tour as I hate that word, but this year’s gigs (2019) will represent my final tap-dancing appearances with the band. 2019 marks UFO‘s 50th anniversary, so the timing feels right,” he continued. “There will be a final tour of the U.K. and we will also play some shows in selected other cities that the band has a strong connection with. But outside of the U.K., this won’t be a long tour. Being out on the road isn’t always tremendously luxurious and although the playing is as great as it ever was, the stuff that surrounds it becomes very tiresome. I always told myself that when I reached that stage, I would step down, and that’s what I’m going to do. This is the right time for me to quit.”

Mogg will turn 71 in April 2019 and although his voice remains strong, he admits that age played its part in his conclusion. While many veteran bands in such a position simply cease playing live and continue to record, UFO will no longer be releasing new music. The covers collection “The Salentino Cuts” (2017) is set to become a signing-off point.

You’ll have gathered that Mogg is not about to slash his wrists anytime soon. Of course, he is sad that the finishing line is now within slight but has had sufficient time to live with and process such a massive personal decision.

“Maybe the best word to use is ‘bittersweet,'” he concluded. “But my time has arrived to be leaving UFO. And all that remains is to make sure that we have a great tour.” 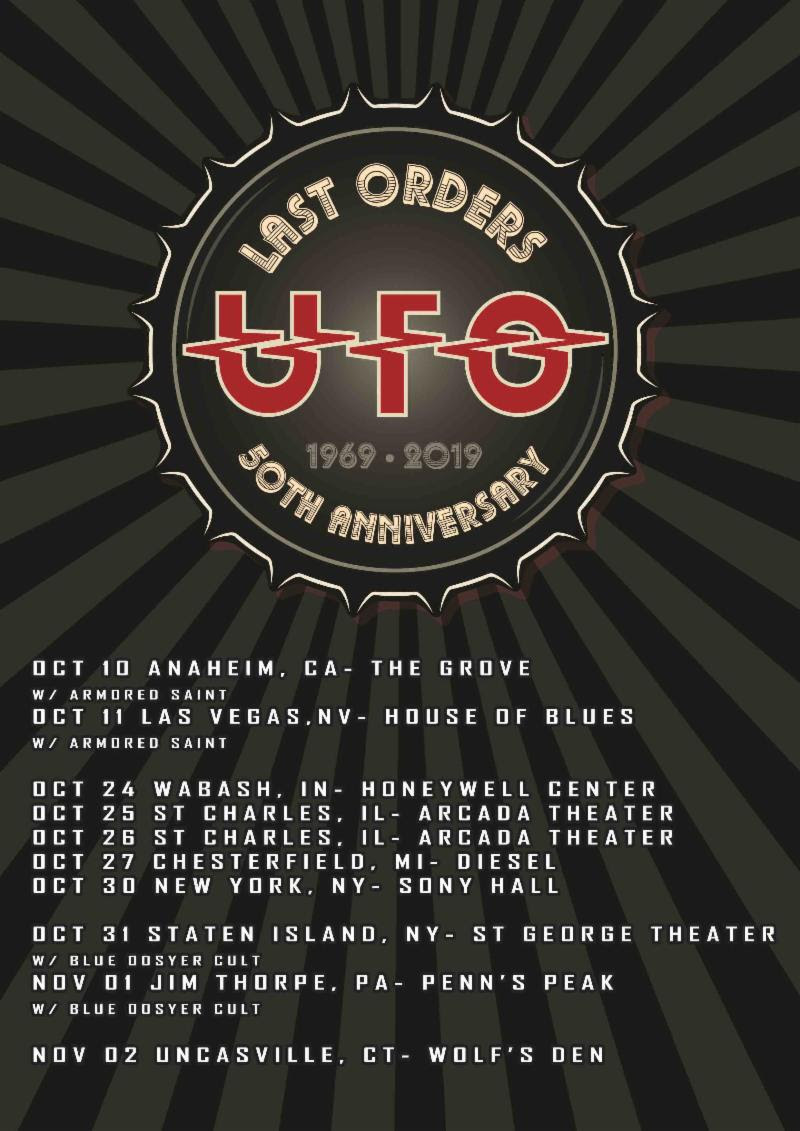