U.S. thrash/heavy metal veterans TOURNIQUET have released a lyric video for the single “Sinister Scherzo”. The track, which features guest appearances by former JUDAS PRIEST and ICED EARTH singer Tim “Ripper” Owens and ex-MEGADETH guitarist Chris Poland, is taken from the band’s forthcoming album, “Gazing At Medusa”, which is due mid-October via TOURNIQUET‘s own label, Pathogenic Records. “Gazing At Medusa” was mixed and mastered by Aaron Pace and can be pre-ordered at this location.

TOURNIQUET was formed in Los Angeles in 1990. Nineteen albums later, the members of TOURNIQUET remain committed to creating intense music. Drummer and main songwriter Ted Kirkpatrick’s passion for classical music and technical metal finds its way into many TOURNIQUET songs, resulting in their music being described as “Beethoven Meets Frankenstein”. As TOURNIQUET’s music blends elements of many different styles, two things stand out… melody and originality. TOURNIQUET is known as a “musician’s band” and have appeared in Modern Drummer, Guitar World, and many other musicians magazines. Drummer and songwriter Ted Kirkpatrick comments about the new album: “We’re thrilled with the response to the first two singles. This album took considerably longer to record than expected, but we feel the fans will find it to be worth the wait. It’s been great to work with Tim and Chris on this one.” 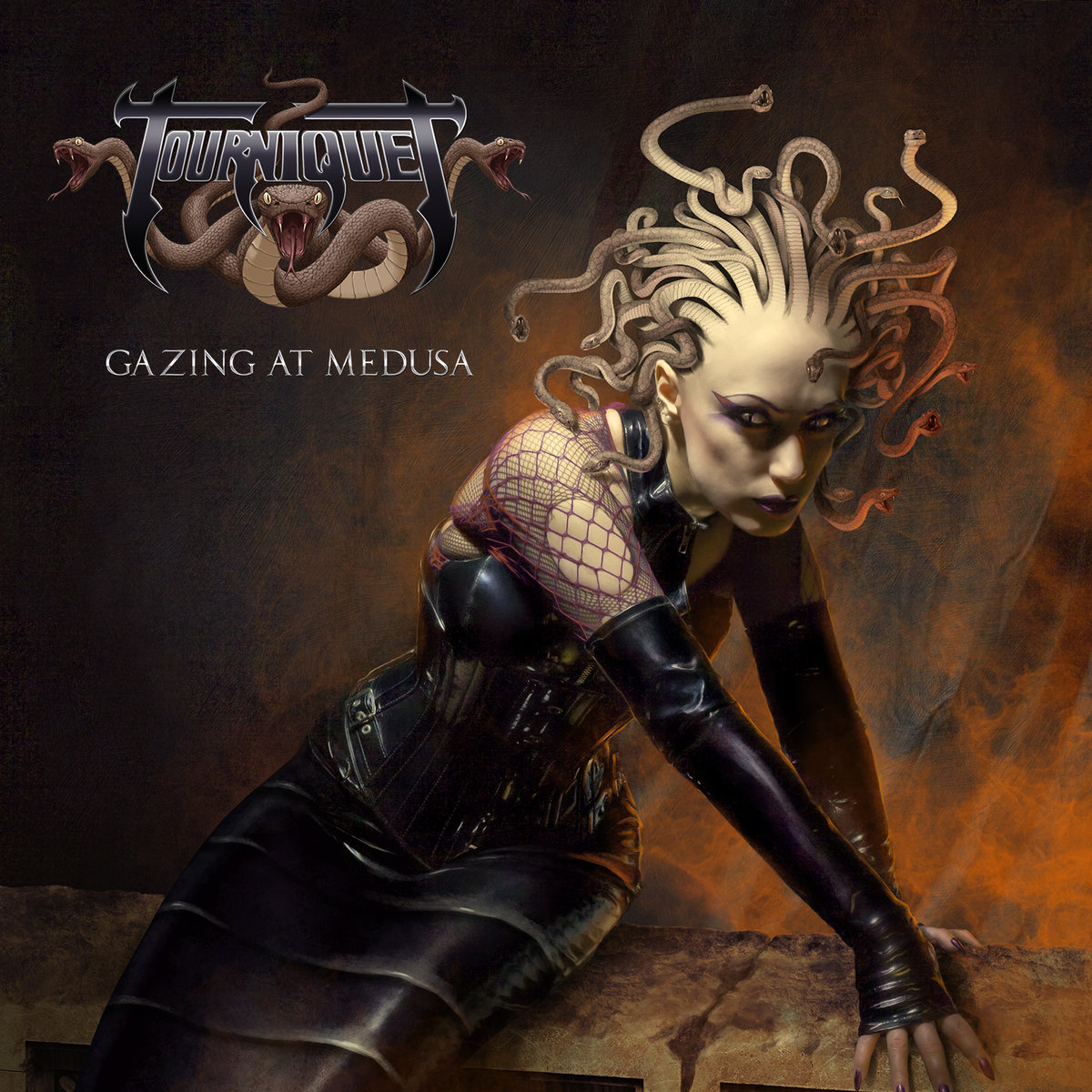 This past March, TOURNIQUET released the “Gazing At Medusa” title track, cover art and lyric video. The song featured guest appearances by Deen Castronovo (JOURNEY) on lead vocals and Poland on lead guitar.