Timing, as the saying goes, is everything. And when you’re a career artist like Tom Keifer, you know exactly what it takes to get to the pinnacle and just how precarious it can be once you reach the top. After years of touring and growing with his solo band, Keifer feels the timing is right for a new record with #keiferband.

Keifer with #keiferband — Savannah Keifer, Tony Higbee, Billy Mercer, Kendra Chantelle, Jarred Pope, Kory Myers — are ready to Rise to yet another peak in their ongoing music journey with the September 13 release of his second solo album on Cleopatra Records. Pre-orders of the album are available today at TomKeifer.com/Preorder on all formats, including CD (digipak), vinyl (in your choice of red, blue, or green) and digital, which will include an instant download of the first single, “The Death Of Me”. A video for this song – written by Keifer and his wife Savannah, and directed by Vicente Cordero – can be seen below.

Though Tom Keifer has faced many ups and downs all throughout his storied career, his unyielding resilience can be found well within the grooves and lyrics of the song. “We created “The Death Of Me” to inspire people not to give in to or be defeated by the seemingly insurmountable lows that we all sometimes face, but rather to rise and overcome them,” he says.

Produced by Tom, Savannah and Kyle O’Connor, Rise scales renewed sonic heights. From the tasty slide work that stamps “Touching The Divine”, the non-traditionally arranged, heavy, dark jam of “Untitled”, the breakneck thrust of “All Amped Up” to the tender coda of “You Believe In Me”, Rise signifies the ongoing evolution of the CINDERELLA front-man as a person, songwriter, and bandleader. It’s the aural portrait of an artist who, to borrow a phrase, is still climbing

“When this band came together, we all felt a bit like broken souls, each with our own unique story,” he explains. “If you ask anyone in the band, they would all say this band came along at just the right time. Every human who walks this planet faces challenges and extreme adversity they have to overcome. As a band, we feel fortunate to be able to face those things together. There is a piece of every band member in the ‘The Death Of Me’ as well as throughout the entire Rise album.”

The common thread to each song on Rise is the intuitive interplay between each member of #keiferband, a tight but loose collective that’s spent the last six-plus years on the road honing their live craft together in support of Keifer‘s critically acclaimed 2013 solo debut, The Way Life Goes. Rise is the studio-bred equivalent of a band just now realizing the full scope of its powers. 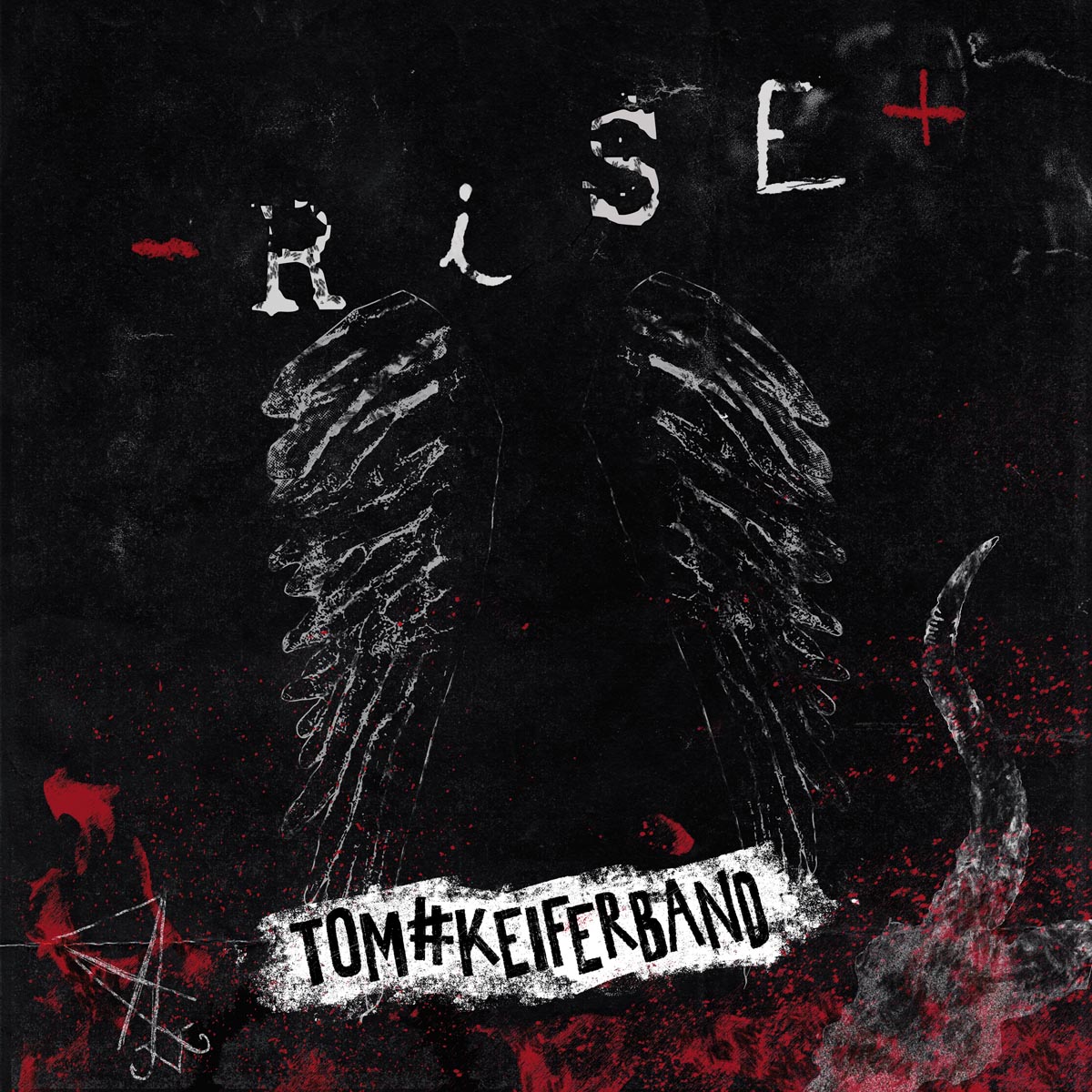 “We were trying to capture the feeling of what people have witnessed live with this band,” Keifer explains. “There’s an off-the-rails, real live feel to Rise — and that’s what we were going for. It shows a real kind of angst and reckless abandon that we tried not to polish too much. And when we pull it back on the ballads, it’s more about the emotion, the soul, and making people feel something in a different way. To me, the perfect rock and roll record is perfectly fucked up,” Keifer says with a hearty laugh. “You try to make each record interesting and different. I don’t ever want to make the same record twice, even though there’s a common thread between them. Everything doesn’t have to be perfectly in place, but there is a balance you try to strike. Sometimes there may be something about it that’s technically not ‘right,’ but there’s a vibe, an energy and an attitude to it that I always try to preserve.”

In touring news, #keiferband‘s next batch of headlining dates start July 30 in their hometown of Nashville, Tennessee at The Cowan. Dates are already confirmed through the end of 2019, with more to be added in the coming weeks, and are already being planned for 2020.

Check out Tom Keifer and #keiferband at any of the following tour stops: