Melbourne’s eclectic duo known as TOEHIDER are pleased to announce their latest album ‘I LIKE IT’ will be released as a 2LP/CD SET on April 2nd, 2021.

The collaborative project between singer/multi-instrumentalist MIKE MILLS & graphic designer ANDREW SALTMARSH is the 4th full length studio album and 20th overall release (after a series of 12 EPs in 12 months kickstarted the project a decade ago, along with a few more along the way).

“I LIKE IT is now officially coming to North America! The songs on this album were handpicked by the most hardcore Toehider fans, 12 songs which were the absolute magic, the cat’s pajamas, the certified BEST of the lot we put together on our Patreon over the last couple of years. This release will be a first for Toehider as it will also be available as a double 180gram gatefold sleeve vinyl, as well as gatefold CD. Brilliant!” – Mike 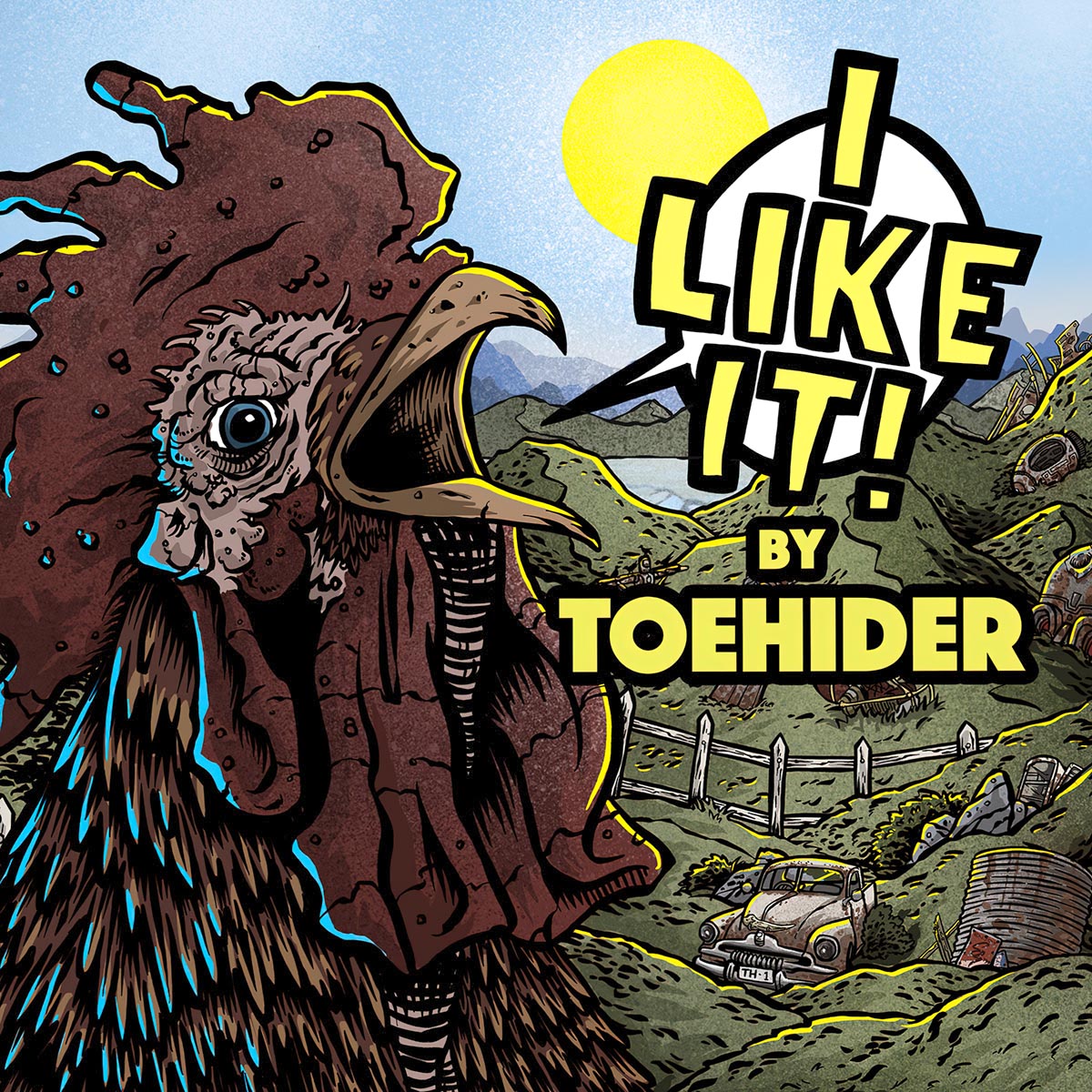 After releasing their debut EP back in 2008, Toehider caught the world’s attention by releasing an impressive 12 EPs in 12 months, covering everything from up-beat pop & heavy progressive metal, to children’s audiobooks & chilled out folk. Soon a live act was formed and, in 2011, the band’s first full album “To Hide Her” was released. The band continued to release albums over the next few years, while supporting a number of great acts on tour including Devin Townsend, Caligula’s Horse, Voyager and others.

In 2018, Toehider launched a Patreon campaign called ’49 Songs You Must Hear Before You Die’ as a home for Mike Mills and Salty’s prolific work and content. This project continued in 2019 with further livestreaming and content, as well as a series of digital re-releases marking the 10th anniversary of the 12in12 project, with additional commentary from Mike Mills on each track.