Celebrating thirty years of music, British rockers THUNDER will release a 28-track album titled simply The Greatest Hits on September 27 through BMG. Featuring tracks from each of the band’s 12 studio albums, it is the first-ever collection to actually be sanctioned by the group, but also compiled by the members of THUNDER themselves. The tracks chosen for The Greatest Hits show perfectly the arc of evolution that the band has travelled over three decades, developing, challenging themselves and always moving on, without ever losing the core elements that make them special. The Led Zeppelin rendition of “Your Time Is Gonna Come” can be heard below.

“The Greatest Hits” will be released in four formats: 2CD, expanded 3CD (featuring a live session recorded and streamed at the Planet Rock studio on January 18, 2019), 3LP and digital. CD1 and CD2 are both closed by THUNDER covers of classic songs.

Thirty years into THUNDER‘s career, the time feels right to look back on what’s been done, taking stock of some fantastic work, but keeping one eye on the horizon and what is yet to come. The Greatest Hits is a comprehensive, cohesive and career-spanning collection, taking in material from every single album since the debut that propelled the band on to the world stage, 1990’s Backstreet Symphony, which hit No. 21 in the charts. That first salvo was followed by Laughing On Judgement Day, which hit No. 2 in 1992, and then Behind Closed Doors, which was another Top 5 hit in 1995. The Greatest Hits includes material taken from releases right up till 2017’s Rip It Up, which hit No. 3 in the charts, and 2019’s Please Remain Seated. In fact, the last three THUNDER albums — Wonder Days, Rip It Up and Please Remain Seated — have all enjoyed U.K. Top 10 status in the album chart.

Frontman Danny Bowes said: “Having been at it for 30 years, we now feel we have enough of a body of work behind us to do this properly. We explored and re-imagined our back catalogue with the ‘Please Remain Seated’ album, and now with ‘The Greatest Hits’, we’ve gathered all our key tunes together. It’s all killer, no filler, and we hope fans like having it all in one place.” Guitarist and songwriter Luke Morley added: “It was great fun picking the tunes for this compilation, and brilliant to put all of them into one big collection.” 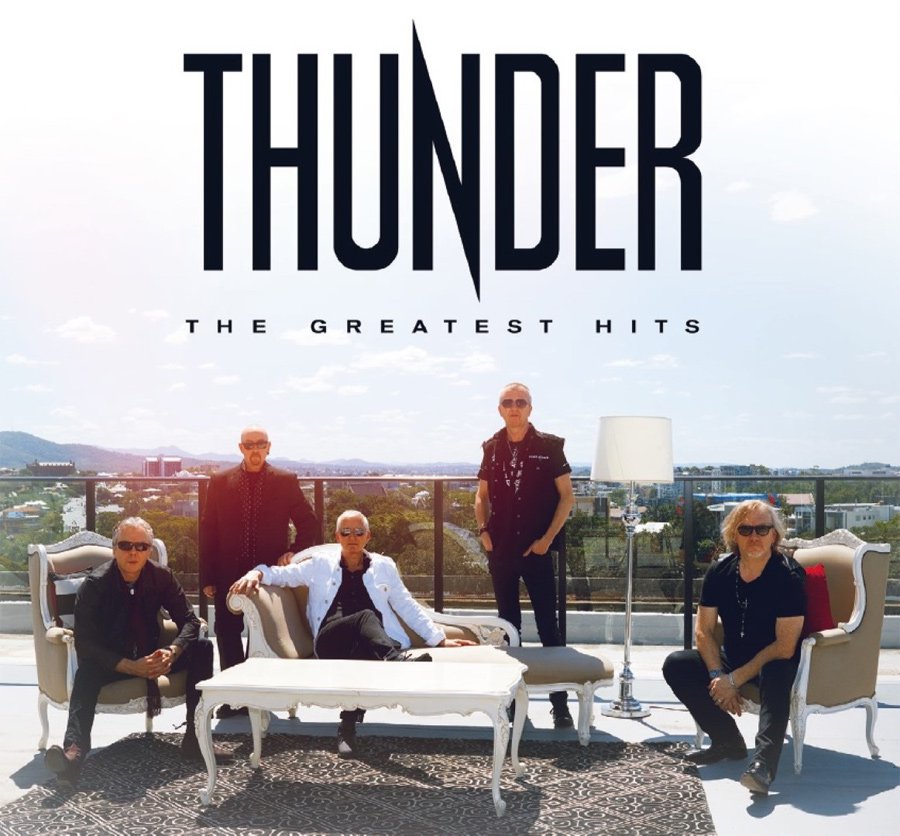 For many bands, an album titled The Greatest Hits album would be a valedictory romp through past glories, but for THUNDER, this is a collection of signposts that have taken them from where they started to where they are now. With a new studio album already under way and slated for release in late 2020, the THUNDER story is far from over; if anything, that rumbling is getting louder.