The Rolling Stones have announced details of their previously unreleased 1989 concert film “Steel Wheels Live” – Atlantic City, New Jersey. This latest release from the band’s archives via Eagle Rock Entertainment has been restored, remixed and remastered and will be available on multiple formats from September 25. Pre-order are available at this location.

Additionally, a double A-sided 10” picture disc of “Rock and a Hard Place” (Live from Atlantic City) and “Almost Hear You Sigh” (Live from Tokyo Dome) will be released for Record Store Day’s second drop date of the year, on September 26. This format will be exclusive to independent record stores all over the world.

Their first tour hitting the US since 1981, “Steel Wheels” was famously one of their longest, and most ambitious, setlists. 2 ½ hours deep, The Rolling Stones not only played their hits, but dared to roll out several new songs from the then-newly released “Steel Wheels” album. Power-packed renditions of “Terrifying”, “Sad Sad Sad”, “Mixed Emotions”, “Rock and a Hard Place”, and “Can’t Be Seen” sizzle between “Jumping Jack Flash”, “(I Can’t Get No) Satisfaction”, “You Can’t Always Get What You Want”, and “Gimme Shelter”. This was a statement – The Rolling Stones revisiting their vast body of work while confidently showcasing where they were going and the broad spectrums of music they’ve explored over their career.

“I would hate to come out with something that’s not startling” Mick Jagger stated about the launch of the 1989/90 “Steel Wheels Tour”. The Rolling Stones delivered on that promise in this Atlantic City Convention Center tour stop in December ‘89. 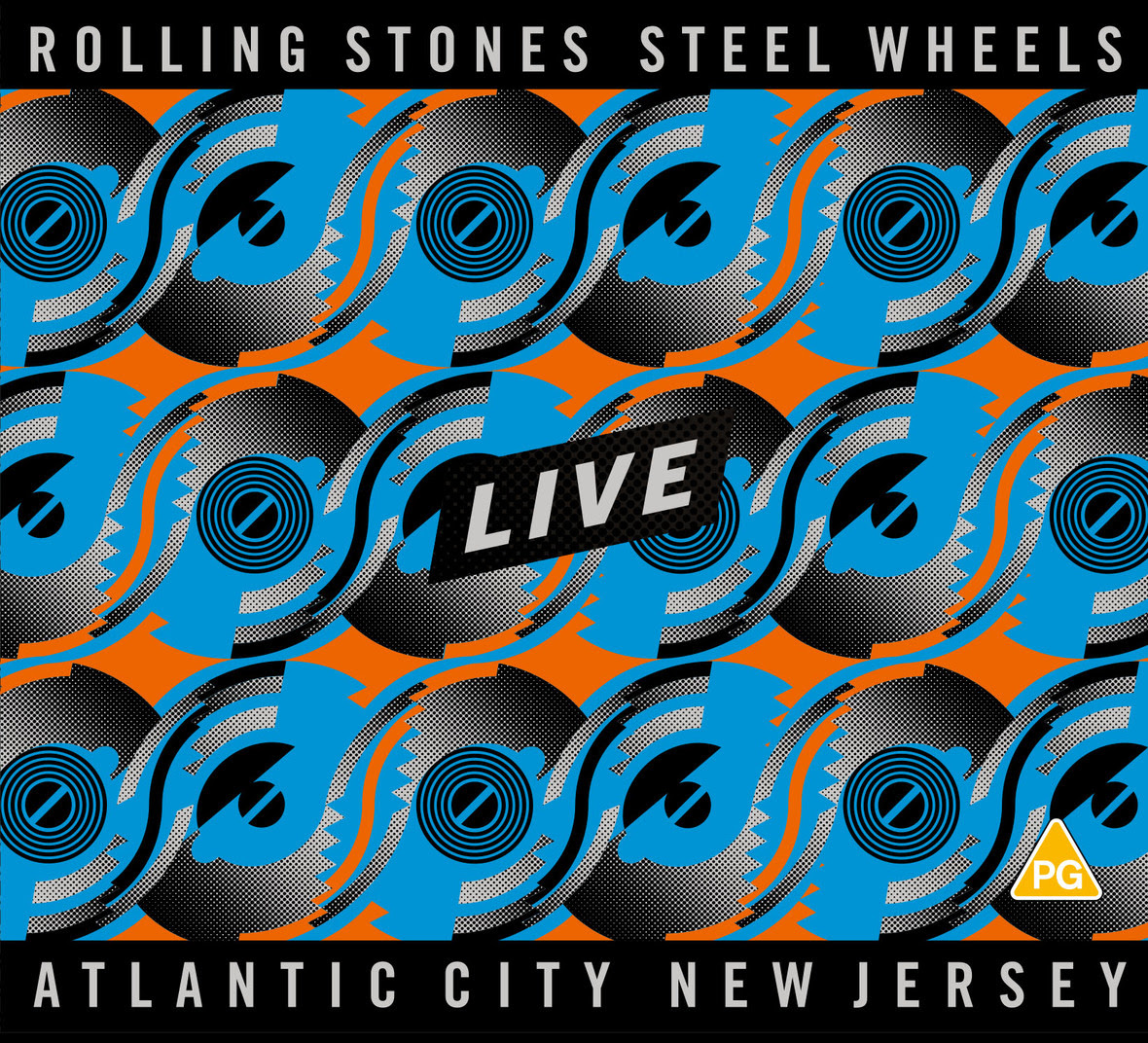 A highlight of this particular tour stop was the band being joined by special guests: Guns N’ Roses’ Axl Rose and Izzy Stradlin accompany the Stones for the first-ever live performance of “Salt Of The Earth”, from their 1968 “Beggars Banquet” album. Eric Clapton brings his slow blues burn to “Little Red Rooster” and joins the Stones in backing up one of their idols, blues legend John Lee Hooker, on “Boogie Chillen”.

All in all, “Steel Wheels Live” is a living testament to The Rolling Stones’ incomparable live shows.