As part of their Amazing Disgrace World Tour, THE QUIREBOYS have announced an extensive tour of the United States, including stops in California, Las Vegas, Salt Lake City, Denver, Houston, Oklahoma, Kentucky, Cleveland, New York and many more.

February sees the band, who have scored gold and platinum discs as part of their illustrious 35-year career, head to California to play the legendary Whisky A Go Go club in Hollywood, The Boardwalk in Orangevale and The House of Blues in Anaheim before embarking on a 14+ date run in March taking in a further 13 states across the country.

The lads were last in the States for their Black Eyed Sons Tour in 2013. Guitarist Guy Griffin said of the latest tour “We can’t wait to get back over to Hollywood, the spiritual home of sleaze, it’s been too long.  And to play Las Vegas will be a thrill – we will just have to keep Spike off the slot machines…”.

THE QUIREBOYS recently sold out their 35th Anniversary concert at London’s prestigious O2 Forum in Kentish Town – a show which is being released via digital download shortly, and then as part of a full 90-minute documentary for worldwide release via Amazon.

The band will bring their unique blend of blues and British rock ‘n’ roll during February and March 2020, with more dates looking to be added shortly. 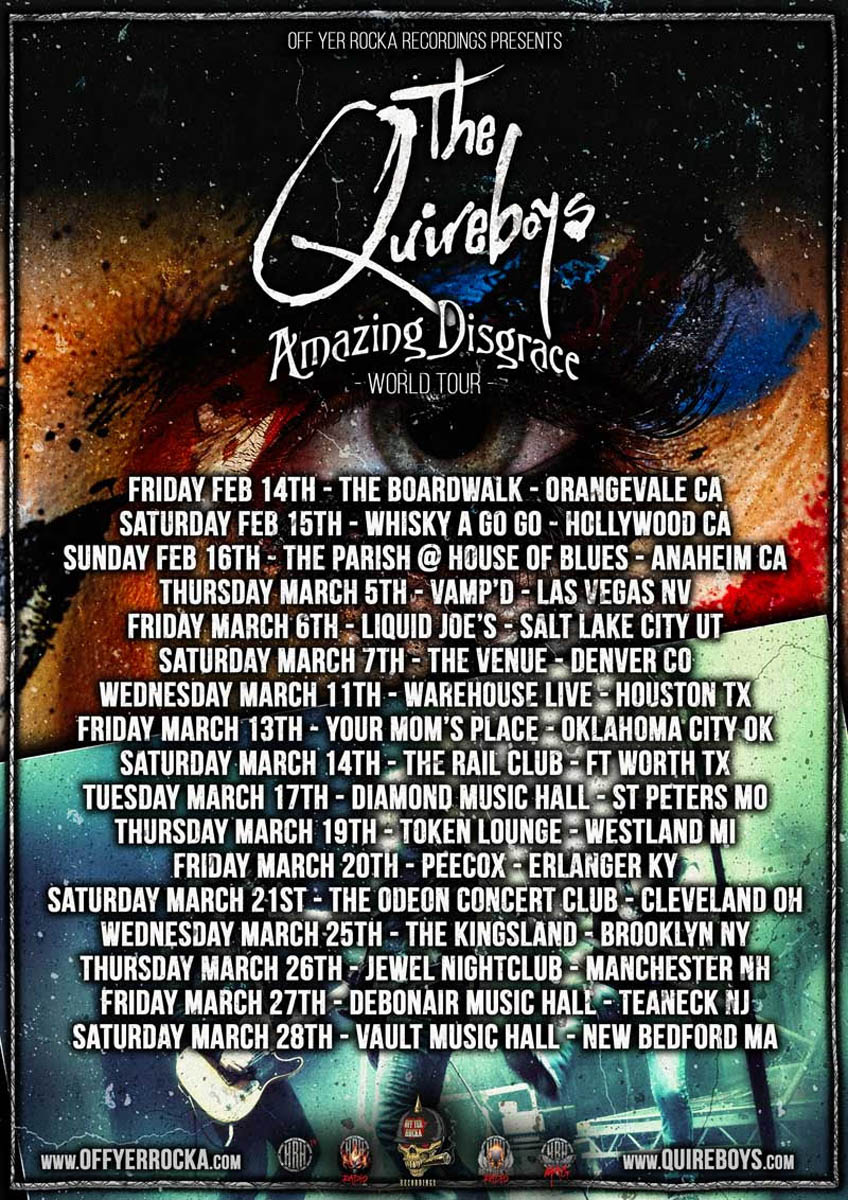