Post Hill Press has set a November 24 release date for “Son Of A Milkman: My Crazy Life With Tesla”.

In this 304-page hardcover book, TESLA bass player Brian Wheat lifts the lid on living the rock ‘n’ roll life while struggling with anxiety, depression and other issues seldom discussed by musicians.

Wheat is far from your typical rock star. As bassist for the multi-platinum band TESLA, he’s enjoyed the spoils of success and lived the sex, drugs, and rock ‘n’ roll lifestyle to the hilt. But it came at a cost, one that took years to repair.

In this deeply honest and utterly revealing memoir, Wheat sheds light on the many challenges he faces, including bulimia, weight issues, and the crippling anxiety and depression caused by his conditions. Just like the songs his legendary band made, this is no-nonsense, blue-collar storytelling at its best. While revealing the vulnerable human behind the bass guitar, this autobiography also offers tremendous stories of life on the road, and collaborations and encounters with legendary figures like his pals in DEF LEPPARD, David Lee Roth, Alice Cooper and Paul McCartney. “Son Of A Milkman” will entertain, surprise, and inspire longtime fans of this enduring band.

Wheat co-founded TESLA, which became one of the biggest bands of the late 1980s and early 1990s. Brian owns a recording studio by the name of J Street Recorders in Sacramento, California. PAPA ROACH, TESLA, PAT TRAVERS, DEFTONES, KODIAK JACK, FLASHFIRES and many others have recorded there. 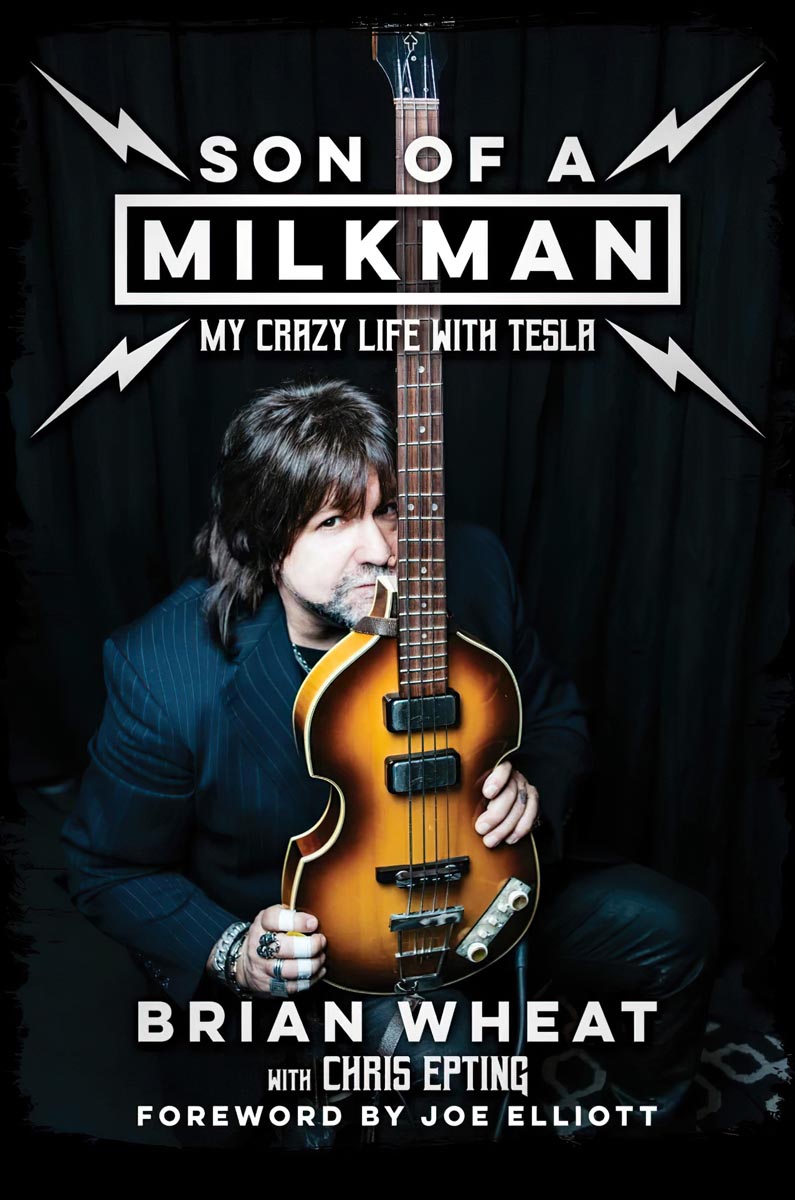