It’s been two years since THE SWORD decided to take a break, but the Austin, Texas heavy rockers are unsheathed once more: two career-spanning collections will be released simultaneously, both showcasing the technically dazzling, riff-heavy and far-reaching metal that the band has been known for since forming 15 years ago.

“Conquest Of Kingdoms”, an explosive three-disc vinyl collection of rarities and oddities, offers 30 tracks (16 previously unreleased) and is housed in a triple-gatefold package, including B-sides, oddities and live recordings of fan favorites like “Freya”, “Iron Swan” and “Fire Lances Of The Ancient Hyperzephyrians”, as well as cover versions of “Immigrant Song” (LED ZEPPELIN), “Nasty Dogs and Funky Kings” (ZZ TOP), “She” (KISS), “Forever My Queen” (PENTAGRAM) and more. A truncated digital version will also be available. In addition to the standard vinyl release, a limited-edition color variant (1,000 pressings worldwide) will also be available exclusively via TheSwordOfficial.com, CraftRecordings.com, as well as independent retailers. 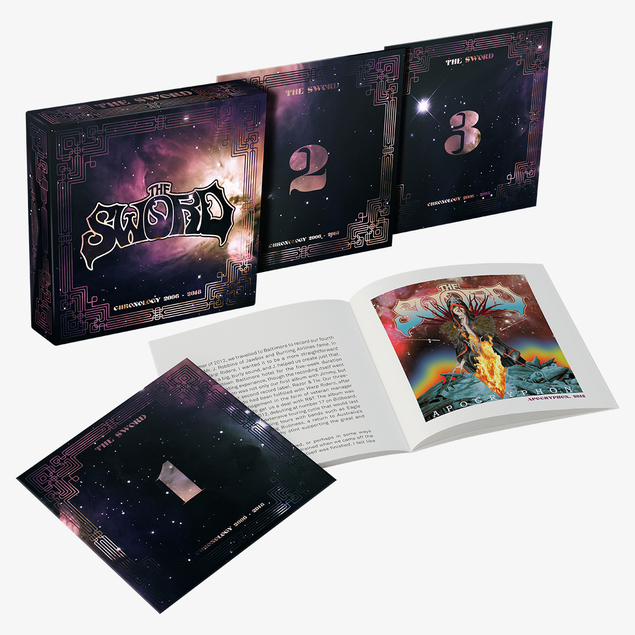 “Chronology 2006-2018” is a three-disc CD compendium, which — in addition to the aforementioned rarities — also includes THE SWORD‘s greatest hits and fan favorites. Distilling the band’s complete discography, this collection comprises 52 tracks (12 previously unreleased), including the studio recordings of “Freya”, “Iron Swan”, “Cloak Of Feathers” and “Deadly Nightshade”. The set also features expansive new liner notes with contributions from the band, plus Lars Ulrich (METALLICA), Mark Morton (LAMB OF GOD) and Neil Fallon (CLUTCH).

Both titles will be released on June 5 and are available for pre-order today. Accompanying the pre-order is an advance single of a previously unreleased version of “Freya”, recorded live at Stubbs in Austin, Texas in 2011. Listen to the track below and pre-save/pre-order “Conquest Of Kingdoms” here.

THE SWORD draw from a wide array of influences and hard-rock genres. First conceived in 2003, the band hit their stride about a year later, when founding vocalist and guitarist J.D. Cronise joined forces with guitarist Kyle Shutt, bassist Bryan Richie and drummer Trivett Wingo for a much raved-about appearance at Austin’s famed SXSW festival. National touring stints with everyone from CLUTCH to indie rock darlings …AND YOU WILL KNOW US BY THE TRAIL OF DEAD followed, and by 2006, THE SWORD released their highly anticipated debut album, “Age Of Winters”.

From there they went on to release seven further studio albums; tour with the likes of METALLICA, LAMB OF GOD, TRIVIUM, KYUSS LIVES! and OPETH; and see their music reach millions through placements in the Guitar Hero video game series (“Freya”) and the cult classic film Jennifer’s Body” (“Celestial Crown”).

Over their 17-year career, THE SWORD have proven themselves to be one of the most prolific and revered bands in metal — not only by fans, but also by the media and their peers. 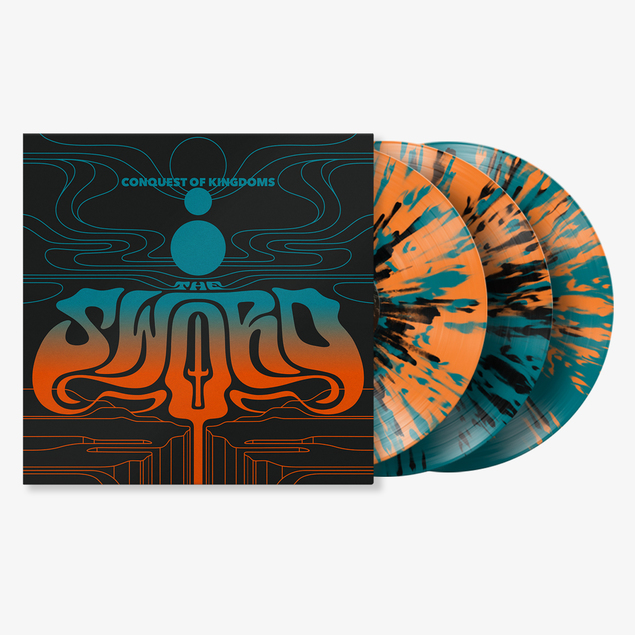 Morton recollects: “THE SWORD was a band I had been waiting for… a band that I wished I was in… a heavy blues, acid rock, psychedelic, intergalactic riff paradise. In my estimation, THE SWORD was the perfect blend of BLACK SABBATH, BLUE CHEER, CREAM, Jimi Hendrix, SLEEP and CLUTCH… somehow familiar yet incredibly fresh at the same time.”

Fallon adds: “The phrase ‘world building’ is usually reserved for science fiction and fantasy. But I think you could apply it to THE SWORD as well. The lyrics and music capture the spirit of what first attracted me to heavy metal, namely, the escapism. There’s only a handful of bands that do this convincingly, and THE SWORD is one of them.”

These two new collections provide a comprehensive and unrivaled deep-dive experience into the band’s career, making them an essential addition to the collection of any fan of heavy music. Now, with the double release of “Conquest Of Kingdoms” and “Chronology 2006–2018”, THE SWORD have complied an extensive and essential collection that celebrates their legacy and impressive back catalog. 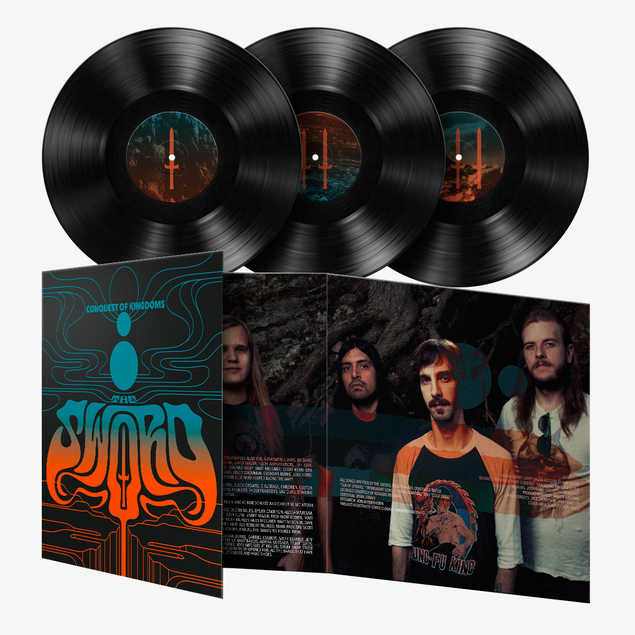 Richie says that it was simply the right time to revisit the band’s career thus far.

“We’ve got all these exclusive 7″s and a split record or two, that were pressed in 1,000 quantities — maybe people heard those tracks on a YouTube stream in not really the greatest quality,” he says. “As the band had gone on hiatus, we had this wealth of material to share including live sets — things that were sitting on my hard drive for years, things that were given to me at shows. It seemed like the right time.”

Cronise describes the differences between the two formats and the methodology for compiling these: “The CD package will be more of a career retrospective with selections from each of our albums as well as the rarities and B-sides and things. Sort of a mini box set, you could say. The set will include a booklet with essays and photos, to make it special and extra. Whereas the LP release [‘Conquest Of Kingdoms’] is more streamlined, with just the B-side and rarities material. Personally for me, that’s what’s exciting about the releases. A lot of that stuff I never thought would see the light of day but I always thought was really cool and was proud of.”

THE SWORD recently announced that it will be hitting the road to tour North America with PRIMUS on their “A Tribute To Kings” tour. The band will also be playing a number of headline shows.

Speaking about playing live, Richie adds: “I’m always ready to play riffs with my dudes, so we’ll see where it goes from here. Maybe THE SWORD will come out of hibernation every once in a while to play some shows or tour — whatever it is, I’m here for it. Hopefully, it’ll become a thing. Virus permitting.”