SONS OF APOLLO‘s debut album, “Psychotic Symphony”, was released in October 20 via InsideOut Music. The band incorporates the progressive style and individual technical prowess that Portnoy and Sherinian shared together in DREAM THEATER combined with the swagger and groove of VAN HALEN, DEEP PURPLE and LED ZEPPELIN.

Portnoy recently told Let’s Rock about SONS OF APOLLO‘s chemistry: “I’d like to say that I was surprised by how easy it came together, but, to be honest, I kind of expected that. That wasn’t really a surprise. I knew it would work. I knew it would be easy once once we started playing just because I know the guys involved. So, I can’t really say there were many surprises. Everything kind of went according to plan. Everybody was kind of chosen for the band because I knew their personalities. And Jeff and Bumblefoot in particular are the two most easy-going guys, and that’s very rare for a guitar player and a singer. But in this case, you couldn’t ask for two sweeter guys. That’s a huge part of the importance in picking band chemistry. A lot of times, it’s well beyond the music. It’s more about the personalities and in this case, it’s a great group of guys.” 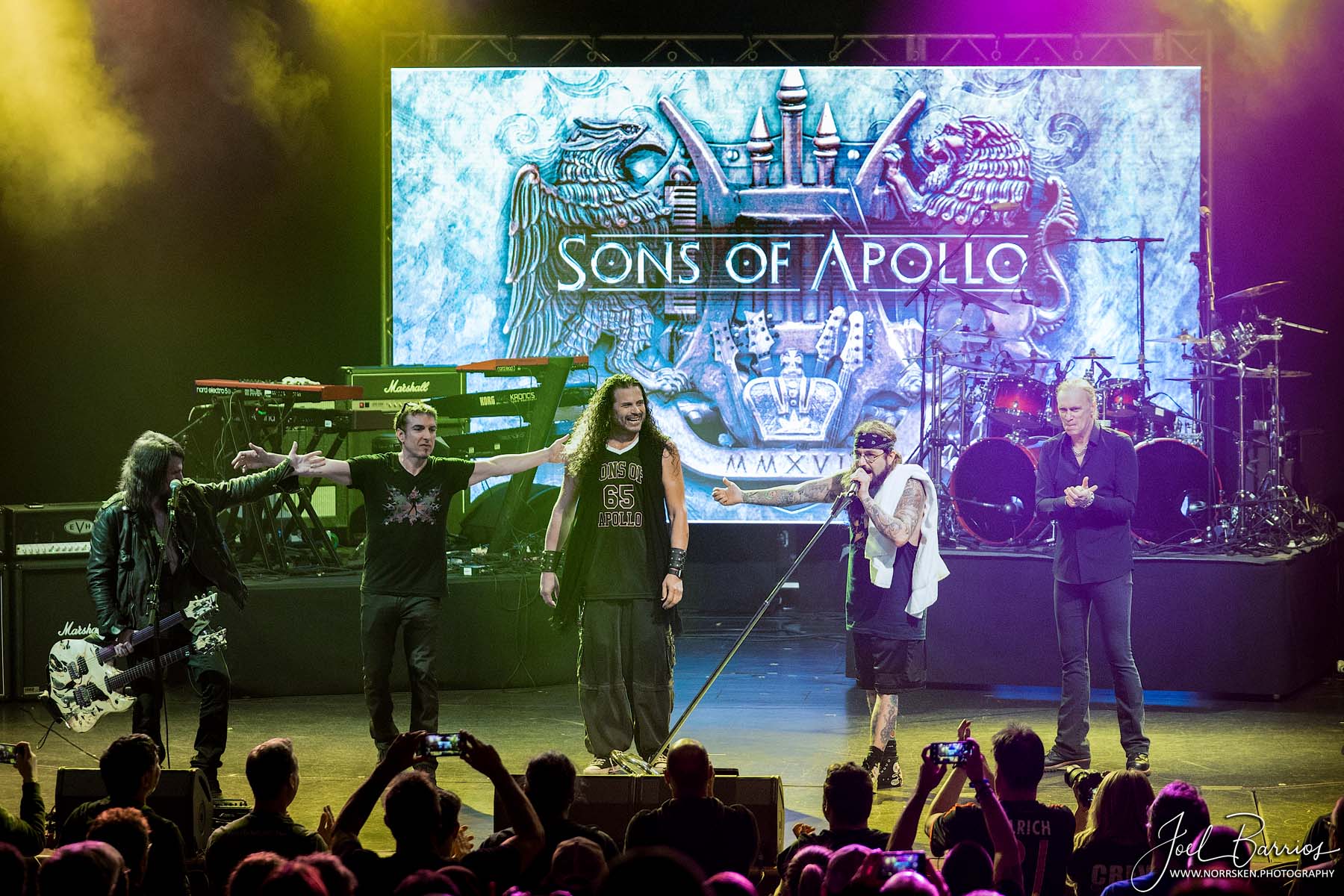 Sons Of Apollo bowing goodbye to the audience after their first ever show. Picture by Joel Barrios

Speaking about the band’s future, Mike said: “This isn’t just a one-off, make-a-record project. This is a band that is going to be on the road all of 2018, going all around the world. The tour will begin in February. We’ll just travel all around the world and hit as many places as we can. Whenever you form a band, you want to go as far as you can with it. This isn’t just some sort of recording project; this is a real band. We just happen to be 30 years into our careers, but it’s no different than forming your first band. You want to go for it and go as far as you can. We’re all prioritizing this. Personally, I’ve been juggling three to four bands a year for the last seven years, since I left DREAM THEATER. And actually, even when I was in DREAM THEATER, I still juggled a million things while still having a main home. So that’s the thing — this will be our main home, and everybody is free to do other things and will do other things. All those things will still happen, but they’ll happen around SONS OF APOLLO‘s schedule.”

SONS OF APOLLO has just finished their initial eight-date tour run in the U.S and have announced several additional shows spanning North America and Europe. The details for all the upcoming tour dates can be seen below.

** A Very Special Evening with SONS OF APOLLO and the Plovdiv Psychotic Symphony.