Mullen went on to issue the following statement: “Hello my friends –  so this is it, after 30 years of being a part of this amazing band, which I have had the opportunity to tour the world and bring our music to the sickest fans on the planet, it has come to this time – I bid you a farewell”

“I would like to thank first and foremost, all of my brothers in SUFFOCATION who I have shared the stage with over the years. We have had the sickest of times on the road, and recorded some of the sickest fucking music the planet has ever heard. Secondly I want to thank ALL OUR FANS AND FRIENDS WORLDWIDE, who have helped make this journey possible by supporting us unconditionally. None of this would have been possible without you. So in closing, I will miss you all. This has been the craziest ride of my life and I would not change a thing! Until we meet up again take care, stay brutal and I look forward to the next chapter”

“But before I take my final step off the stage, to give back to all of you who have supported, me and the boys are going to head out on the DEATH CHOPPING NORTH AMERICA tour. Along with some insane support acts including CATTLE DECAPITATION, KRISIUN, and SOREPTION! I hope to see you all for one last ride across North America. Stay brutal.”

Tickets go on sale everywhere Friday, August 10th via this location. Confirmed dates are as follows: 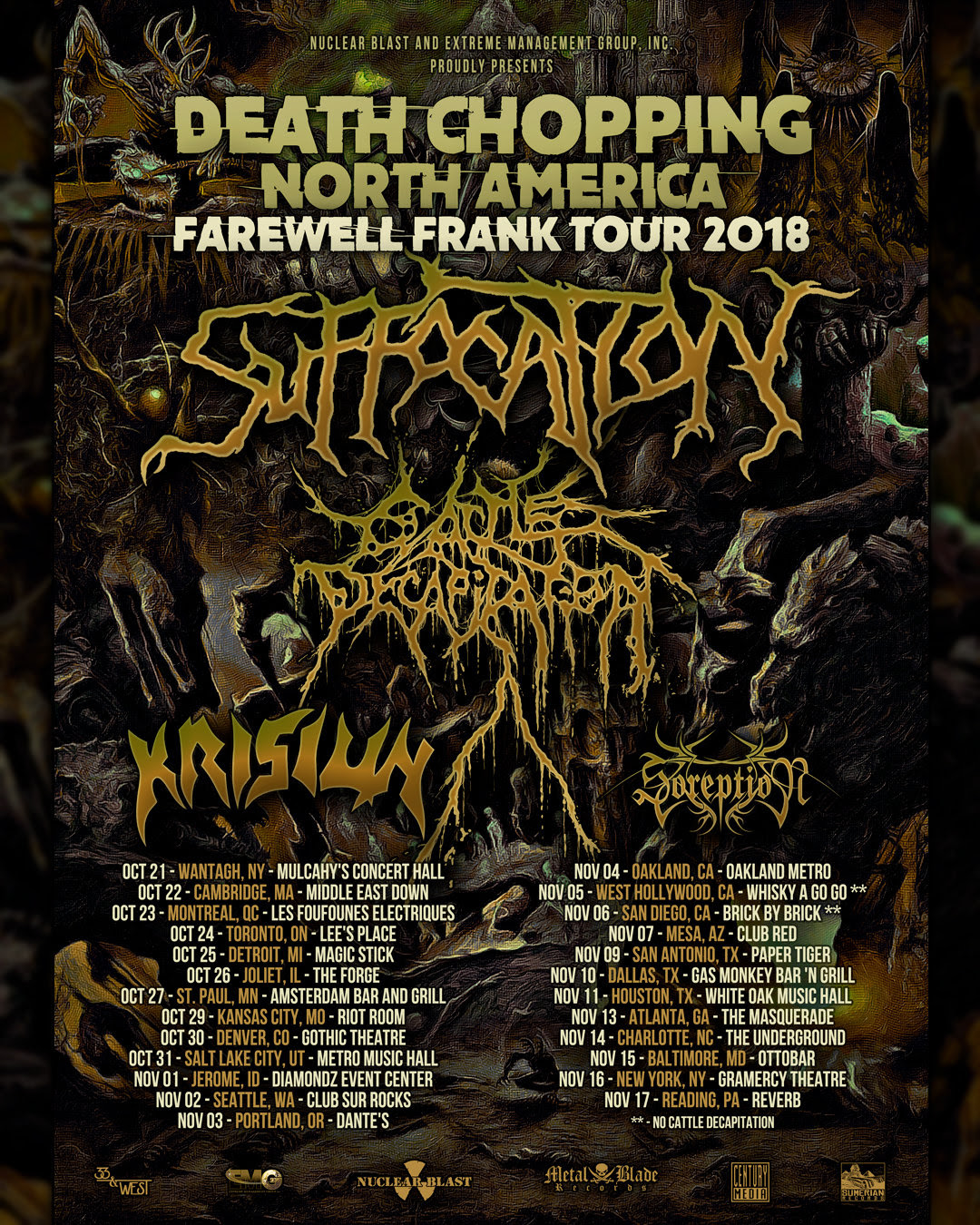