Styx have released a video featuring a performance of their track “Radio Silence” that was recorded live on Aug. 19 in Syracuse, N.Y., during their United We Rock tour with REO Speedwagon and Don Felder. The video, which you can watch above, starts with a personal message from guitarist Tommy Shaw, who thanks fans for their support through an “incredible” year.

The tour was such a success that a repeat run has been scheduled for early 2018. They have listed a new run of U.S. tour dates around their previously announced Las Vegas residency in early 2018, with REO Speedwagon and Don Felder included in their plans once again. The Renegades in the Fast Lane shows feature Styx and former Eagles guitarist Felder, and take place at the Venetian Theatre inside the Venetian Las Vegas between Jan. 26 and Feb. 3. Additional Styx shows have been added before and after those dates, with the first scheduled appearance on Jan. 18 and the last on March 5.

After that, the band will embark on two months’ worth of concerts with REO Speedwagon and Felder in tow, commencing March 13 and ending on April 15. It’s likely that more dates will be added. You can see the full list of announced dates below.

The band’s first studio album in 14 years, The Mission, which includes “Radio Silence,” was released in June. Shaw admitted that he and co-writer Will Evankovich had developed the material in secret because they weren’t sure how to tell their bandmates that it was a concept album set in space in the year 2033. “We kinda snuck around for a long time,” he said. “The idea of me coming to everybody else and saying, ‘Look, Will and I have an idea for us to do an album about a mission to Mars’ wasn’t something I could confidently go in and talk about. I think everybody might have been overhearing little playbacks and this and that and the other and they were getting curious. I’m sure there were some discussions on the bus when I wasn’t around. There finally came a point where it was, ‘Let’s bring everybody in.’” 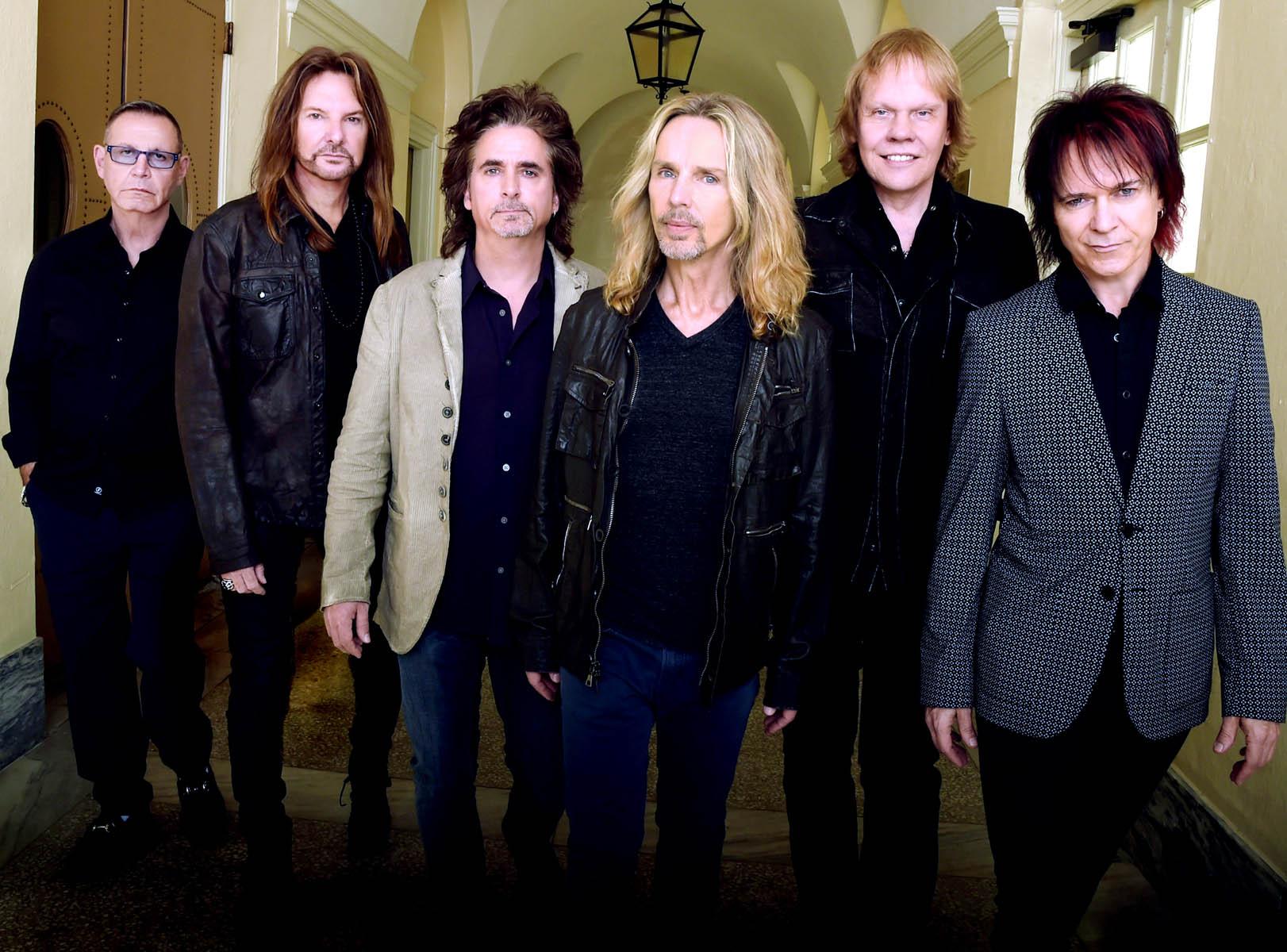 “Most of the time we’re busy either touring or trying to go home and do that sort of thing,” he said. “So a lot of it was just sort of going on as this parallel universe. It wasn’t until we did the pre-production recordings here at the house. I think that’s where the rubber really met the road. Because people had just been sort of working independently on parts and things like that. When we got here, all of the sudden, we’re all sitting in a room and we’re playing, let’s hear how it all sounds. When you get Todd Sucherman back there, all of the sudden it goes to another level. Then Ricky Phillips comes in and it’s like, Ricky Phillips needs to be as Ricky Phillips as he can possibly be. He put the Ricky Phillips stamp on it.”

Shaw noted that “the idea was, let’s be as true to the Styx sound. Our favorite Styx sound, which for most of us, is that era around The Grand Illusion and Pieces of Eight. And Equinox too. The Mission is one of those once-in-a-lifetime opportunities to be a part of something unique and special that’s happening in real time right in front of you,” Evankovich added. “It is one of those albums that musically and cosmically showed you the next right thing to do every step of the way. I will forever be grateful and proud of what we did in this body of art.”

You can read our review of The Mission in this location

(With REO Speedwagon and Don Felder)