“This was literally something I always dreamed of doing, but didn’t know that I could do.”

Recording sessions for “Last Flight Home”, which was co-produced by Sucherman and J.K. Harrison, mainly took place between July 2019 and January 2020 at various locales in California and Texas, with Sucherman handling all lead vocal and principal drumming duties in addition to co-writing nine of the album’s ten songs. Over the course of its very concise and well-sequenced 42 minutes, “Last Flight Home” soars mightily, from the universal longing of the title track to the grandiose, twisted orchestral circus vibe of “Ad Lib Everything” (buttressed by a majestic string section) to the heartfelt surrender of “It’s Perfection” (featuring angelic background vocals from Todd’s esteemed better half, Taylor Mills) to the edgier, self-inflicted carnage of “The Damage.”

In fact, “Last Flight Home” is further proof that Sucherman’s inherent musical chops and respect for the pocket run deep and true, a fitting testament for a man who’s made a career out of serving the needs of the song at hand above all else. As further evidence, Todd cites a few key drummers he admires as being highly influential for how he approached his playing on this album — namely, the likes of Ringo Starr, Phil Collins, Dave Mattacks (Fairport Convention), and Jerry Marotta (Peter Gabriel). 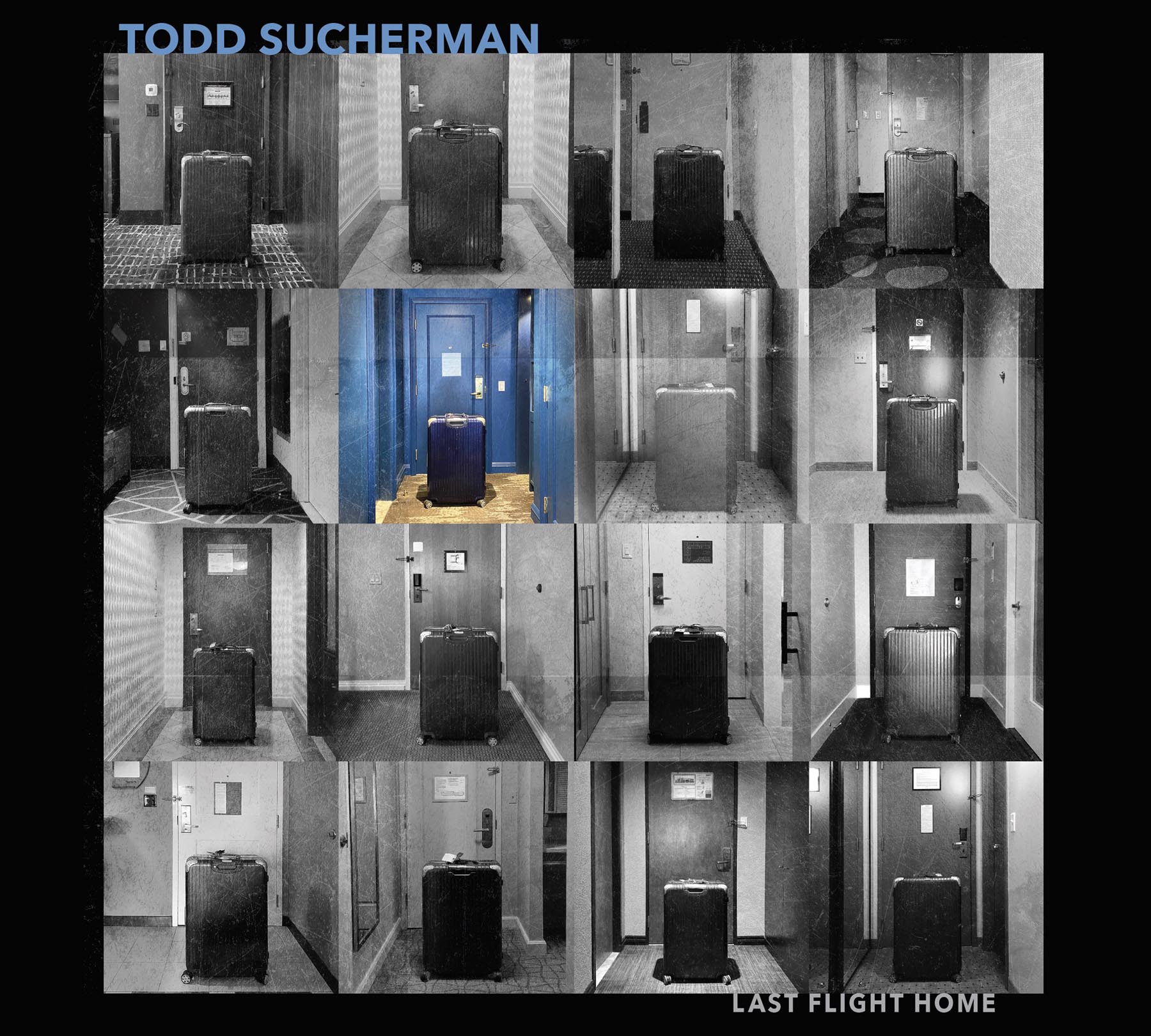 From Todd’s vantage point, the true stars of “Last Flight Home” are indeed the songs themselves, not the musicians who played them. “I’ve always loved singers, lyrics, and melodies,” he observes. “That’s more important than any drum histrionics to me. What’s drum stuff anyway if it’s not paired with music and works in a musical context where you’re choosing the right things to play on a song? For me, melody is the most powerful song element there is.”

Todd’s innate knack for creating memorable melodies stems from, to some degree, his admiration for artists who come from across the pond. “I have to be totally honest — British rock has always been what I’ve gravitated toward,” he reveals, “whether it’s been The Who, The Beatles, Led Zeppelin, XTC, The Blue Nile, or Aqualung. The reason a lot of British music is anthemic or epic is because those artists had to create their own sunshine, so to speak. Great music can come out of circumstances like those, and that hits me emotionally on the deepest level. My favorite records, like The Beatles’ “Revolver”, are ones that have hills and valleys, and act like a book or a story that pulls it all together.”

Ultimately, “Last Flight Home” shows a number of sides of a budding artist now emerging in full bloom. “The whole experience has been so deep and so gratifying,” Todd concludes. “It’s hard for me to guess how my music will connect with people. But that’s really the magic and mystery of music, isn’t it, because any piece of music can mean a myriad of things to whole groups of different people. If this album means something to even a handful of people, then it’s been my pleasure. If more people are apt to enjoy it, all the better.”