Building upon the success of his 2016 release One Sided War, STRYPER front-man Michael Sweet will return with his tenth solo LP, aptly titled Ten. The new album is scheduled for release on October 11 via Rat Pak Records in North America and Frontiers Music Srl in Europe. Micheal told us about the album in a recent interview.

On the subject of guest musicians, Michael comments: “There is a different player appearing on every song. It started out where I was just going to have a couple of guest appearances on it, then I decided that it would be really interesting to bring in different players for every song. I started putting names out there and reaching out to people, and they started agreeing to do it. And then I had guys reaching out to me.”

Ten is available for pre-order via the Rat Pak Records web site in various bundle configurations, including translucent green and black splatter vinyl, cassette and hand-autographed CD packages. The album also has two bonus tracks that appear on all configurations. Produced by Michael Sweet, Ten was recorded and mixed by Danny Bernini at the Spirithouse Recording Studio in North Hampton and was mastered by Alex Saltz. 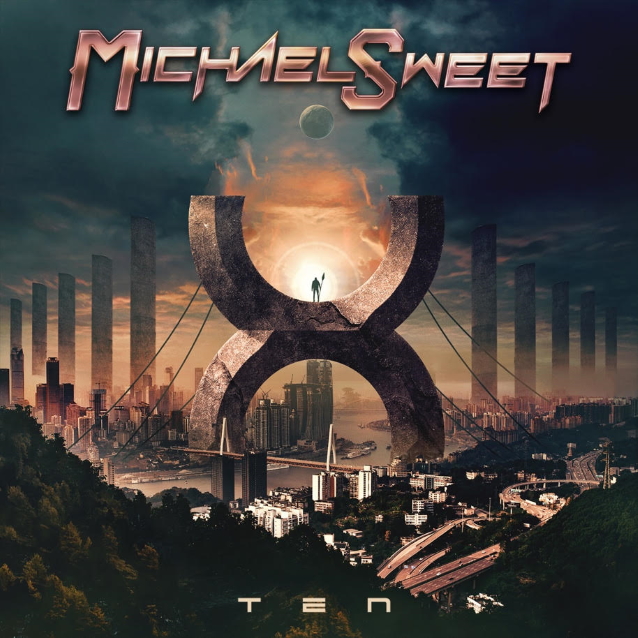 Regarding the musical direction of the album, Michael states: “I’m very excited about this release. There are old-school, straight-ahead metal ideas in the vein of JUDAS PRIEST, DIO and IRON MAIDEN — all the stuff I love listening to!”

As for the Ten album title, Sweet recently stated: “It’s called ‘Ten’ cause it’s my tenth album, and because there is a title track on there about the Ten Commandments — a really powerful song. There’s real heavy stuff. It starts kind of smacking you in the face and it ends kicking you in the gut.”

Sweet‘s previous album One Sided War was released in August 2016 via Rat Pak Records. Backing Michael on the record were Hoekstra, Hunt, O’Boyle and Brosh.