Currently in the midst of their Last of the Street Survivors Farewell Tour, southern rock legends Lynyrd Skynyrd have announced a 4-day rock music festival hosted at the Rosen Shingle Creek hotel in Orlando, Florida from August 20-24, 2020. Skynyrd has once again partnered with Sixthman, the industry leader in music festivals at sea & resorts, to turn their Simple Man Cruise into a land-based music festival – Lynyrd Skynyrd & Friends: Simple Man Jam.

Rosen Shingle Creek is a full service, luxury hotel located just 10 minutes from the Orlando International Airport on Universal Boulevard. All festival attendees will have access to the hotel’s amenities and receive a 15% discount on treatments at The Spa at Shingle Creek, retail and couples’ packages, individual golf tee times and more. Prices start at $1399 per person with deposits as low as $250. Fans can go to simplemanjam.com for more information on pricing and availability.

The legendary rockers are best known for the RIAA Platinum-certified “Sweet Home Alabama” and self-proclaimed signature song “Free Bird,” that Rolling Stone said was “easily the most requested live song in existence.” With everlasting hits such as “Simple Man,” “Gimme Three Steps,” “What’s Your Name,” “Call Me The Breeze,” “You Got that Right,” and more, it is easy to see why Rolling Stone named Lynyrd Skynyrd one of its 100 Greatest Bands of All Time. Their Last of the Street Survivors Farewell Tour continues to take the band across the country and around the globe in 2020 giving fans one last unforgettable night of classic American Rock-and-Roll. For more information or to purchase tickets, visit lynyrdskynyrd.com. 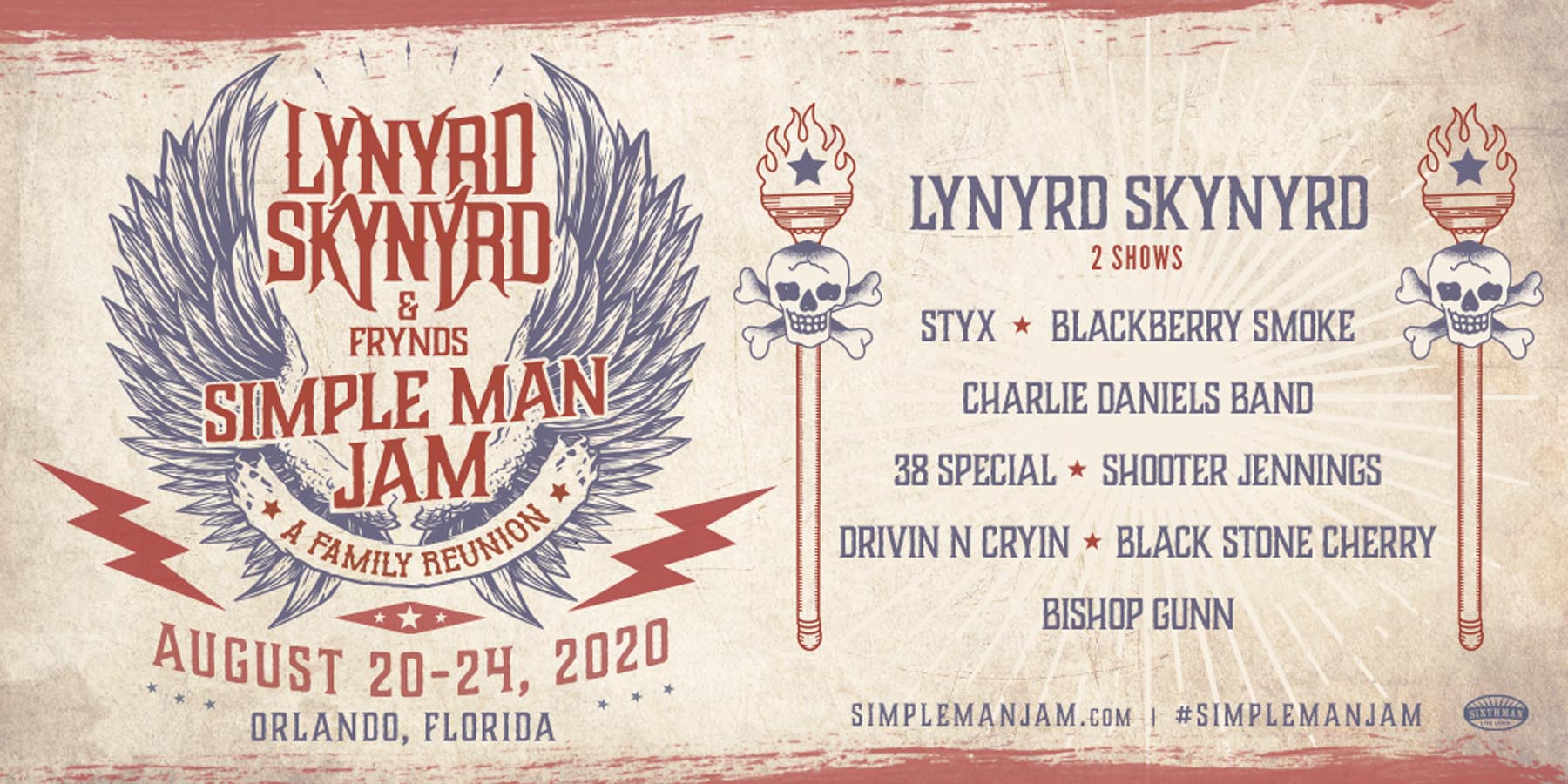