The provocative, imperious and engaging Swedish-based metal group SOEN have revealed the thought-provoking and emotive video for ‘Deceiver’, taken from their fifth album, “IMPERIAL,” which was released via Silver Lining Music on January 29th 2021. Watch the video below.

“‘Deceiver’ is about battling whatever demons you have and carrying that constant worry on your shoulders, how it can wear you down and make whatever goals you achieve in your life pointless,” explains Lopez.

“It’s about standing up against that negativity within you and trying to keep going even if that negative shadow follows you wherever you go,” adds Åhlund.

The video is the epic finale in a three-part visual tale set out with previous offerings ‘Monarch’ and ‘Illusion’. “’Deceiver’ is the last video of the trilogy started with ‘Monarch’ and then followed by ‘Illusion’,” affirms video producer, Daniele Zed Berretta. “Time in the story goes backwards, to show us what happened before, and who the burnt man really is. Beneath it all, lies the concept of mankind repeating the same mistakes over and over again.”

Produced by Iñaki Marconi and the band, “IMPERIAL” was mixed and mastered by Kane Churko, who has worked with the likes of Ozzy Osbourne and Bob Dylan. Eight crisp, sharp, and supremely constructed songs spanning frustration, reflection and hope, “IMPERIAL” is the most fierce and dynamic release of SOEN’s journey, which will engage the listener immediately and sustain long after this crazy time has passed, its rich details destined to make it a classic metal album of this era. SOEN has previously released music videos for their singles ‘Antagonist’ and ‘Monarch’ which can be seen below. 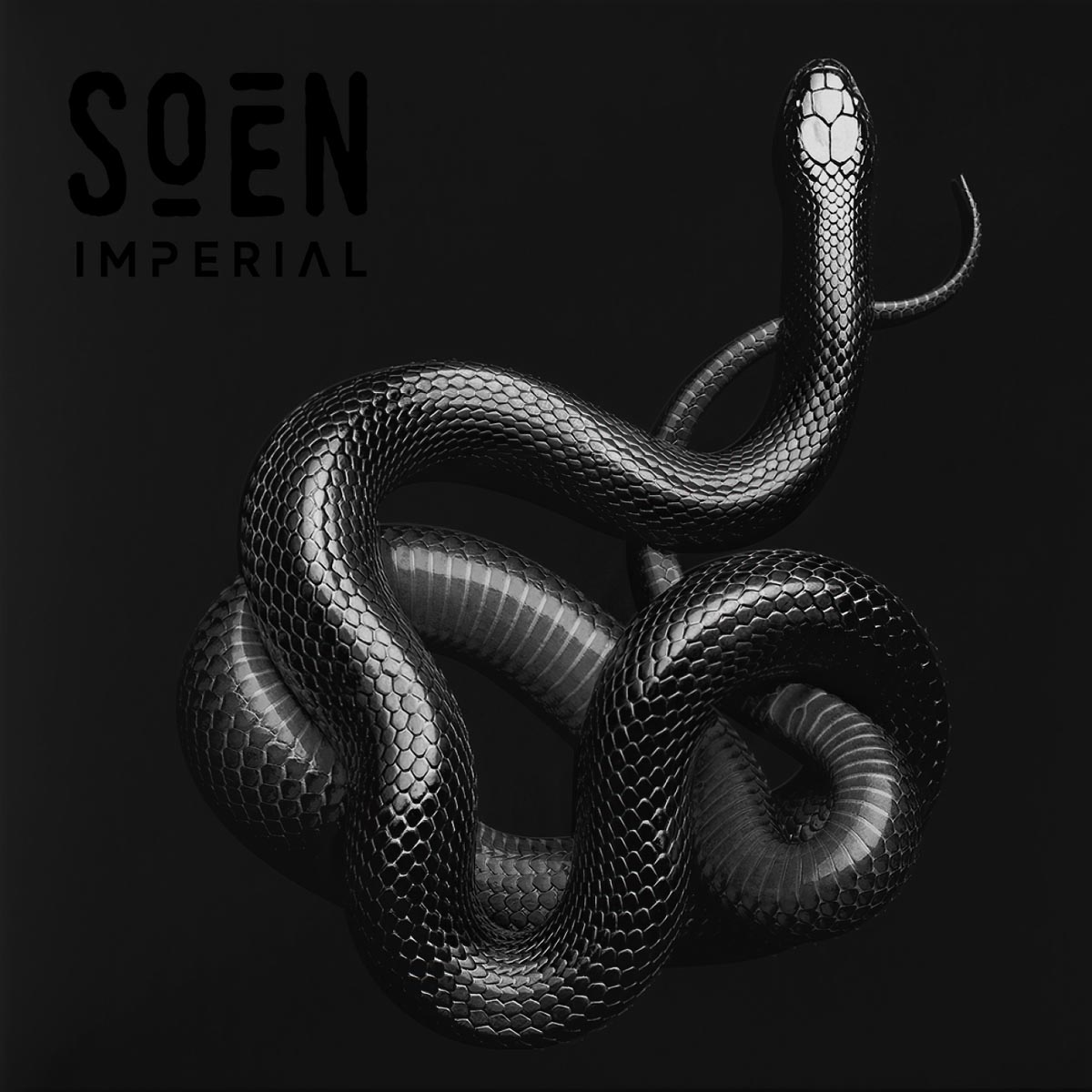 “Imperial” is an album which will engage the listener immediately and sustain long after this crazy time has passed, its rich details destined to make it a classic metal album of this era. “As we continue, we find inspiration in the sad fact that the world is getting more and more polarized, that it’s more complex and it’s not consensus or people getting along” says Ekelöf. “We continue to try and understand why and how that will affect us all.”

SOEN are an undeniable cypher for all which swirls around us, something which will continue to set them apart from their peers for years to come, and “Imperial” is the latest potent, unmissable commentary from their journey. Excited to bring the new material on the road, SOEN also announced the first leg of their “Imperial” European Tour 2021, which will kick-off in the Spring in Oslo, Norway. More dates to be announced soon; tickets and additional information available here.

Fans eager to catch SOEN performing their new material, will have to wait till the Autumn for the band to be able to get on the road again. It is in fact with great regret that SOEN has had to postpone the first leg of their IMPERIAL European Tour 2021, due to the ongoing restrictions surrounding the COVID-19 pandemic. The tour will now kick-off in November 2021 in Odense, Denmark; all purchased tickets remain valid for the rescheduled dates and tickets remain on-sale. New dates in Denmark, Portugal, Spain and Poland have also been added. Full list of confirmed dates, tickets, and additional information available at this location.