Directed by Josh Nesmith and Ben Guiles (guitarist), “Rufflin’ Feathers” is the 5th single off of the band’s upcoming LP, “The Ride,” due out November 13, 2020 via AntiFragile Music.

“‘Rufflin’ Feathers’ is a tongue-in-cheek song about the circus that is social media this year. It’s become a constant negative assault on the senses. We wrote it for those who want to drown out all of the social noise by turning their speakers up right now.” – Jonny Ross (Drums) 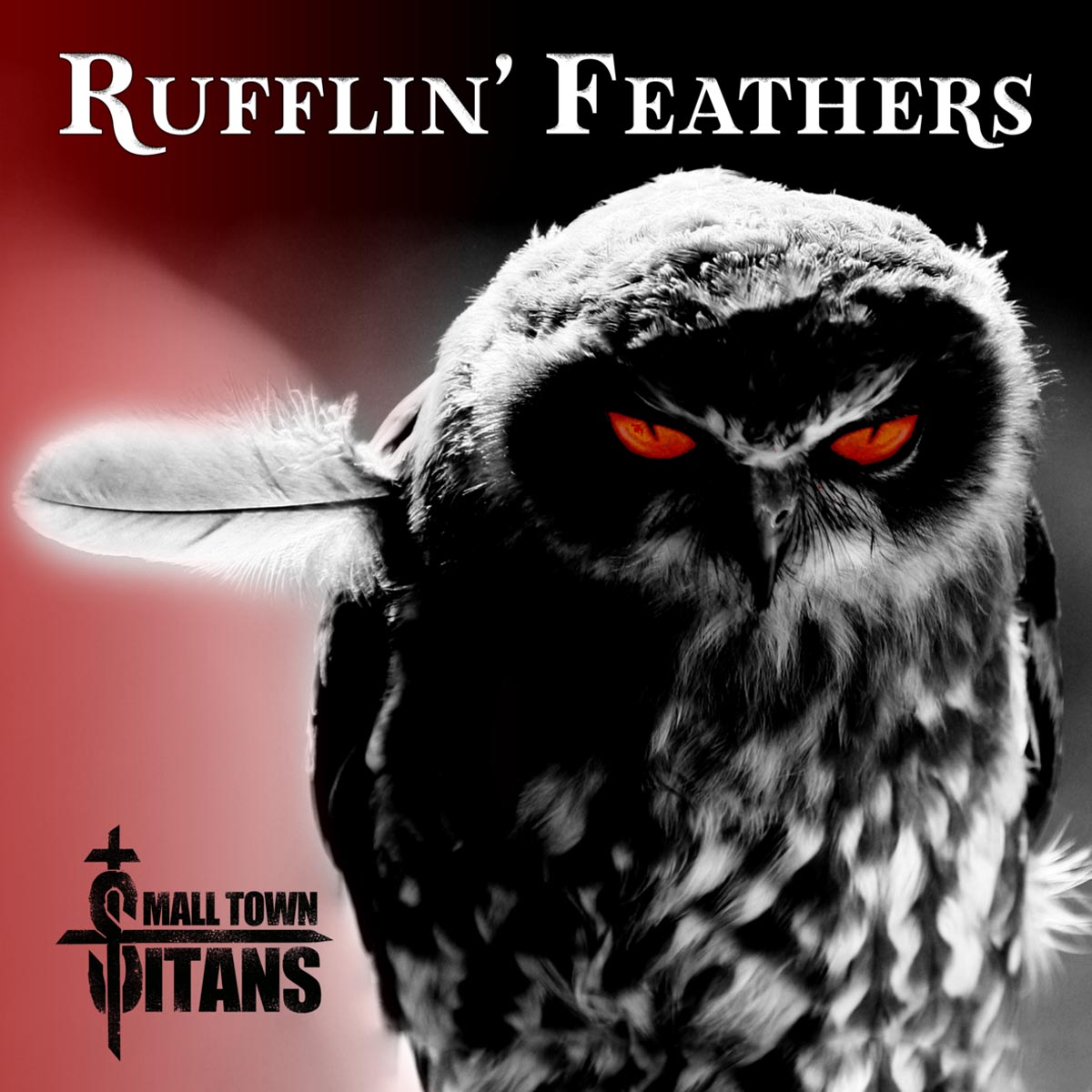 The Small Town Titans are an American rock n’ roll power trio from York, PA who love to constantly create, as well as play live. Gone is the notion that a rock band should only release 10 songs at a time every 2 years. In a world where music fans crave new content constantly, the Small Town Titans aim to deliver their brand of art all of the time, drawing inspiration from a newer wave of rock bands such as Highly Suspect and Royal Blood, and rock legends such as the Foo Fighters, Audioslave, and Deep Purple. Thanks to their efforts at taking matters into their own hands, STT can create and release songs, podcasts, live online concerts, and more with no rules. In a social media driven world, STT knows releasing quality, constant content is as important as playing great live shows.

In November of 2018, the band’s cover of the Christmas song “You’re a Mean One, Mr. Grinch” went viral in a matter of days, leading to charting on various Billboard charts including Holiday Digital Song Sales, Rock Digital Song Sales, Emerging Artists, and reaching #5 on the Next Big Sound chart. The song also reached #2 on the iTunes Rock charts, only being surpassed by Queen’s “Bohemian Rhapsody”. STT quickly found themselves achieving success, all on their own terms. As a continued unsigned act, all three members have risen to the occasion to continue to make music the way they want to, free from having to follow traditional music industry rules. By changing their mindset and focus towards creating content like many successful YouTubers, STT has made fans the old fashioned way, by word of mouth.

With no manager, label, or radio support, the Small Town Titans have managed to find success by simply never forgetting one thing, their fans, both new and old. Instead of trying to make a million fans, STT is focusing on the fans they already have, and the ones they continue to make. With a love for playing live, a Small Town Titans show has evolved into more than a concert. It’s an event, with a set list that’s decided right before the show, and plenty of stage banter in between songs. The band simply hits the stage to deliver an energy driven show using guitars, drums, and their voices. Nothing more, nothing less. This approach to their live performances has led to them sharing the stage with acts such as Highly Suspect, Papa Roach, Black Stone Cherry, Pop Evil, and more.