SLIPKNOT has finally unveiled the title of their upcoming album. We Are Not Your Kind will be out on August 9 via Roadrunner, and its first single “Unsainted”, which is available at all digital streaming services is out, along with an official music video which can be seen below. Directed by the band’s own M. Shawn Crahan, the “Unsainted” video, and the track itself, offer a glimpse at the future of one of rock’s most popular, and deeply enigmatic bands.

Guitarist Jim Root noted: “This is most time we’ve had to write a record, and work stuff out together. One of my inspirations this time around was those artists that recorded full length albums — not just songs. While the industry is moving toward singles, SLIPKNOT wanted to make an album experience, front to back.”

We Are Not Your Kind is available for pre-order today with exclusive bundles available at Slipknot1.com. The disc was once again recorded at a Los Angeles studio with producer Greg Fidelman, who engineered and mixed SLIPKNOT‘s 2004 album Vol. 3: (The Subliminal Verses) and helmed 2014’s .5: The Gray Chapter.

“These days the art we are making comes with the highest reward, because it’s taken the most time,” added Crahan. “Almost four years to create this emotion and temperature, and the reward now is nothing short of salvation.” 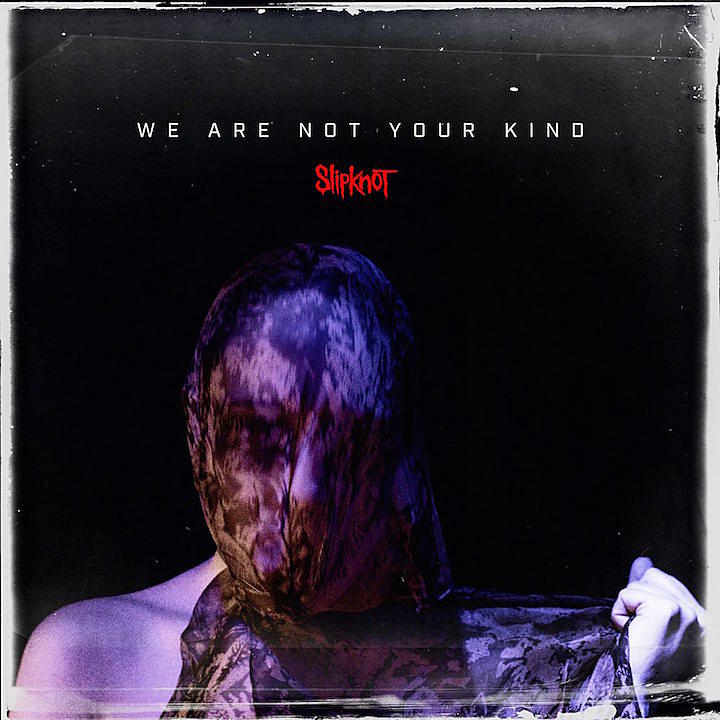 We Are Not Your Kind track listing:

SLIPKNOT‘s sixth album does not include the song “All Out Life”, which was released last October. The track’s accompanying video was also directed by Crahan.

SLIPKNOT‘s “Knotfest Roadshow” headline tour will take place in North America this summer. VOLBEAT, GOJIRA and BEHEMOTH will join as special guests on all dates. Produced by Live Nation, the 29-city outing will kick off July 26 in Mountain View, California at Shoreline Amphitheater and continue through September 8 where it will conclude with a performance at Cynthia Woods Mitchell Pavilion in The Woodlands, Texas.

SLIPKNOT will be the musical guest on the Friday, May 17 episode of “Jimmy Kimmel Live!” The band will perform several songs on the show’s outdoor stage in front of a standing-room-only crowd.