The affection for SLADE‘s music and attitude remains undimmed today, as 1973’s “Merry Christmas Everybody” has gone on to become Britain’s best loved Christmas song.

Formed in Wolverhampton in 1966, SLADE‘s chart career spanned three decades. SLADE was unstoppable throughout the 1970s, becoming one of Europe’s biggest bands, releasing six smash hit albums, including three No. 1s, and their hit singles are synonymous with the era. The sensational songwriting partnership of Noddy Holder and Jim Lea provided a soundtrack to the glam generation and with a run of 17 consecutive Top 20 singles between 1971 and 1976. No other act of the period experienced such success.

In the 1980s, SLADE enjoyed a renaissance, buoyed by a spectacular appearance at the Reading Festival in 1980, their hits included “My Oh My”, which reached No. 2 in 1983 and a year later with “Run Runaway”, cementing their legacy as one of the UK’s greatest bands.

The iconic SLADE is one of the most exciting bands to ever come out of Great Britain and this collection serves as testament to the high quality of SLADE‘s unique and distinctive talent.

“I love Slade..They wrote the catchiest songs around.”  – Alice Cooper 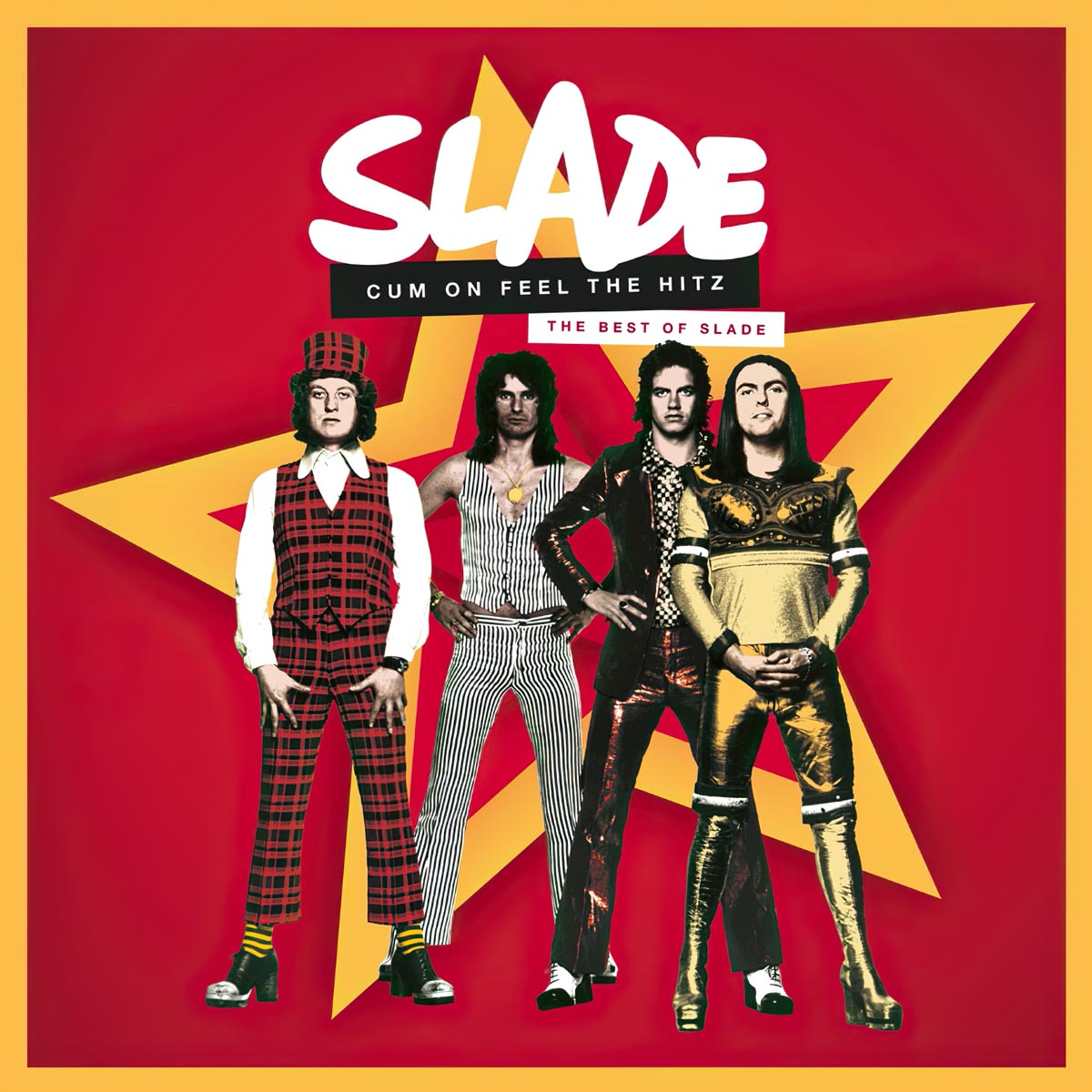