New York City hardcore legends SICK OF IT ALL release their new live video for “Hardcore Horseshoe” filmed straight from their living rooms for their quarantine sessions series. Watch it below.

“This week’s track ‘Hardcore Horseshoe’ is from our latest album ‘Wake The Sleeping Dragon!’. The muscle bound riffs and tongue in cheek lyrics show the parities of growing older in the scene and male pattern baldness brought to you by Armand and definitely a band favorite on the album. Unfortunately we haven’t had the chance to play it live (yet) because as we were about to add it Covid hit. So here it is in all its quarantine glory,” states SICK OF IT ALL.

SICK OF IT ALL also said: “Quarantine gave us a reason (and an excuse) to dust off some of our favorite songs that haven’t been featured in our live set either in a while, or ever. We wanted to rekindle their fire, and share them with our fans worldwide. So for the next months, we’re going to release one song every fortnight to try to keep the torch of hardcore lit through this drought of live music that’s driving us all crazy! Please stay tuned for details and release dates.” 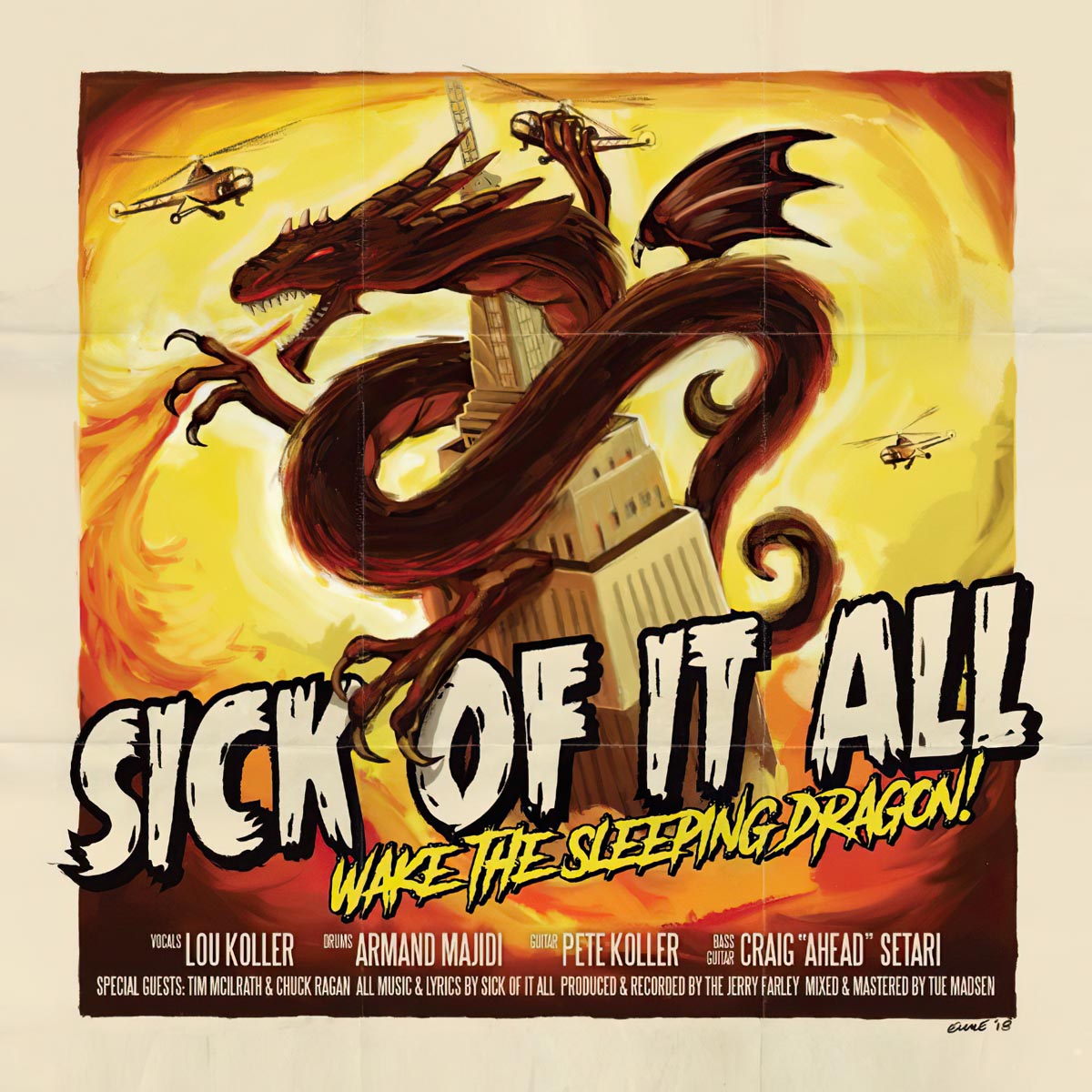 SICK OF IT ALL‘s twelfth studio album, “Wake The Sleeping Dragon!”, was released in November 2018 via Century Media. The follow-up to 2014’s “The Last Act Of Defiance” was produced by Jerry Farley (EVERY TIME I DIE, DEMON HUNTER) over a two-and-a-half-week period at Nova Studios in Staten Island, New York and was mixed and mastered by Tue Madsen (MESHUGGAH, THE HAUNTED, MADBALL). The cover artwork was created by Ernie Parada.