SEPULTURA‘s official documentary, “Sepultura Endurance”, will tentatively be released on DVD and Blu-ray this fall. The film, which received its world premiere in May 2017 at the Regent theater in Los Angeles, shows the journey from SEPULTURA‘s humble rural beginnings to decades spent on the international stage, giving an in-depth look into how the band continues to thrive in a changing metal landscape. Crammed full of rare archival footage, and featuring interviews with legends like Lars Ulrich (METALLICA) and Scott Ian (ANTHRAX), and younger artists influenced by SEPULTURA, like SLIPKNOT‘s Corey Taylor, “Sepultura Endurance” is the definitive document of the band’s myths, struggles and heart. 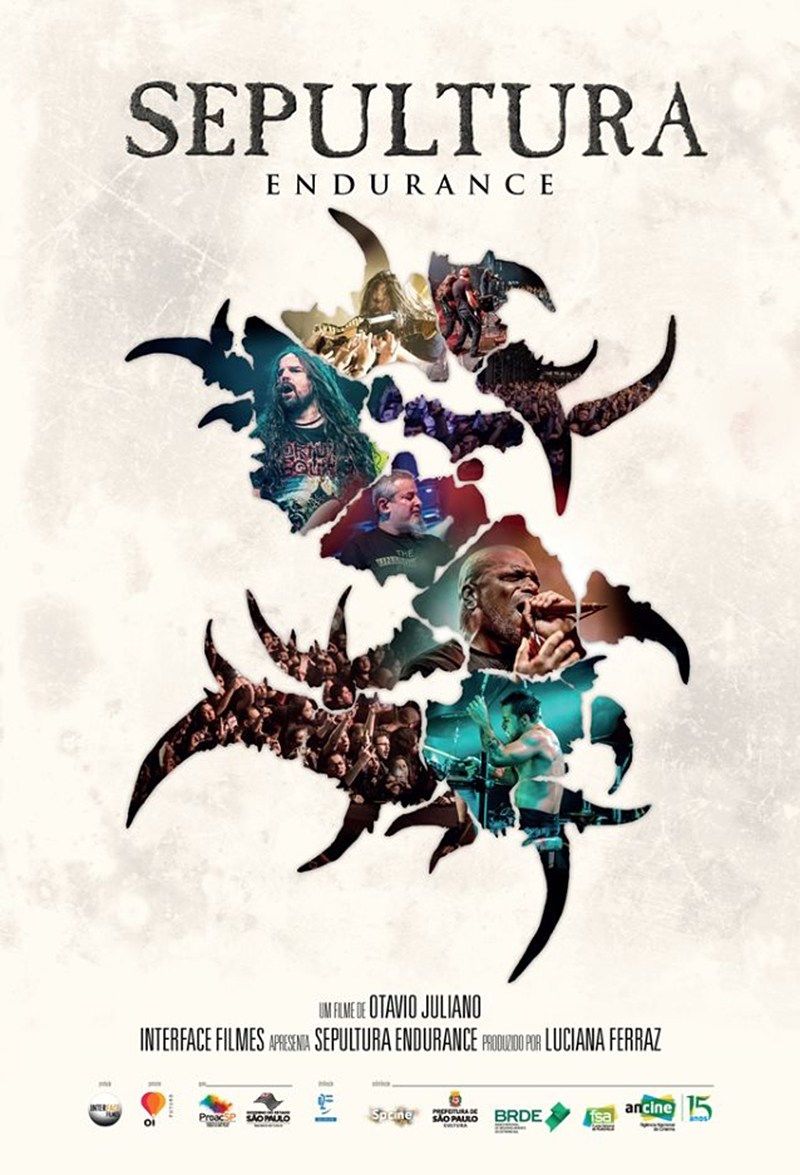 Speaking to Mammoth Metal TV, SEPULTURA guitarist Andreas Kisser said: “We have plans to release the SEPULTURA movie, ‘Sepultura Endurance’, together in a package with the Rock In Rio concert we did last year, which was a very complete concert around ‘Machine Messiah’, where we presented a special new stage and invited violinists, musicians and stuff. It was really cool and it was really interesting. And the plan is to put all that together in a CD, DVD, Blu-ray package, to be released in October [or]November. That’s the plan. But now we actually also started… we’re talking, trying to get to Netflix and other type of platform like that before the movie [comes]out [on DVD and Blu-ray], but let’s see what happens. We have really good possibilities for that. And it is a great documentary — we’re very happy with it, besides all the difficult aspects of doing a documentary like that. But it came out great.”

Former SEPULTURA members Max and Igor Cavalera denied permission to the makers of “Sepultura Endurance” to use the group’s early music in the film. Director Otávio Juliano told Brazil’s Folha De S. Paulo that he could not even use footage of early SEPULTURA songs being performed by the current version of the band, which includes singer Derrick Green and drummer Eloy Casagrande alongside two members of SEPULTURA‘s “classic” lineup, Kisser and Paulo Xisto Pinto Jr. (bass).

Juliano said last year that nothing was off limits during the making of the documentary. “The band gave me complete access, every door was open, I was never asked to leave,” he explained. He went on to describe the film as “a testament to the endurance required to make a documentary for almost seven years,” pointing out that “800 hours of footage” was shot for the movie.

SEPULTURA is continuing to tour in support of its latest album, “Machine Messiah”, which was released in January 2017 via Nuclear Blast.