With the release of Born To Break, THE AMORETTES have continued to demonstrate a considerable growth in both musicianship, and song writing, with Montgomery penning some of her most diverse material to date. The album was produced by Luke Morley of UK Arena Rockers THUNDER and recorded and mixed by Nick Brine (THE DARKNESS, BRUCE SPRINGTEEN etc..) and was released in April through SPV/Steamhammer as CD digipak, 2LP gatefold coloured version, download and stream.

Taken from their Top 40 album, Born To Break, the lyric video for “Whatever Gets You Through The Night” encompasses shots of the band doing what they do best; playing live in front of an audience, with the pictures representing their continued European onslaught. “Whatever Gets You Through The Night is a song about just letting go, and being yourself”, says guitarist/vocalist, and principle songwriter, Gill Montgomery “We are hoping it strikes a chord with listeners, and that it can relate to their individual experiences, and they can use it as an anthem to help celebrate how they live their own lives.” 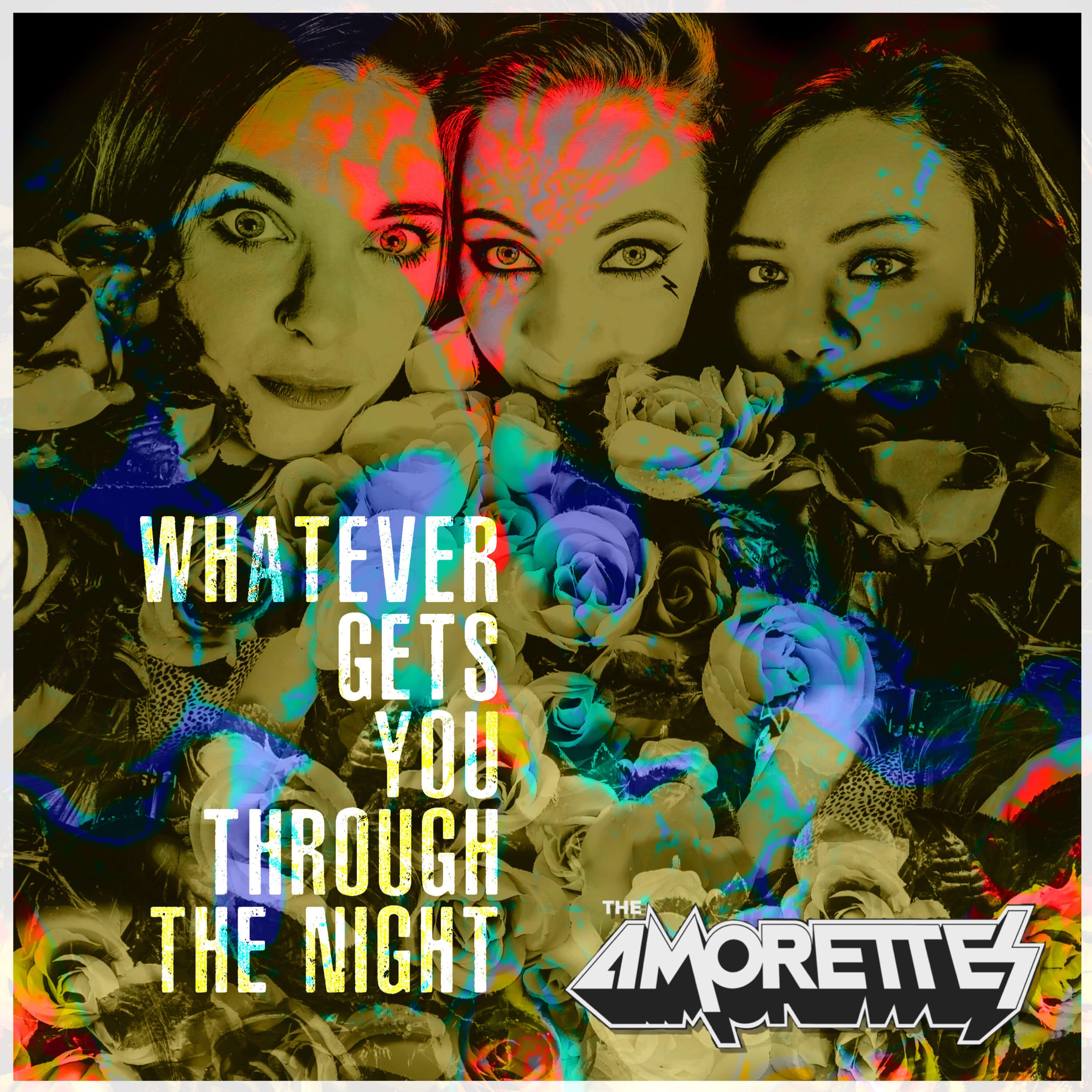 “͞This is definitely a departure from our heavier catalogue“ she continues, “However, I still feel that it encompasses the full Amorettes vibe.” And, as with the majority of Montgomery’s songs, it comes with a simple message for those who feel they may not fit in with the majority; “Haters are gonna hate! So, just get over it, and let your own little freaky flag fly.”

You can check our recent interview with Gill Montgomey at this location.