Swedish heavy metal heroes SABATON will make their triumphant return to North American this fall for “The Great Tour”. The headline excursion will feature support from special guest HAMMERFALL, and will begin in Ft. Lauderdale, Florida on October 4 and will end in Silver Spring, Maryland on November 3. Tickets go on sale to the general public beginning Friday, May 3 at 10 a.m. local time.

Says SABATON: “‘The Great Tour’ begins! We are excited to tell you all about the first part of ‘The Great Tour’ along with the templars of steel in HAMMERFALL as special guests! North America, be ready! We are coming to your shores all guns blazing with our new album, ‘The Great War’, and a brand new show.”

The Great War will be released on July 19 via Nuclear Blast Records. The band’s 20th-anniversary record will be a concept effort covering stories from the First World War. SABATON started recording The Great War exactly 100 years after the end of the First World War (November 11, 1918) and took three months of intensive work to complete the album with longtime producer and collaborator Jonas Kjellgren at Black Lounge studios. The disc was mastered by Maor Appelbaum and the artwork was once again created by Peter Sallaí.

“This is not the first time we sing about stories from this period in time, but now we felt the timing was right to make a full concept album about this war,” the band said. Side by side with the album, the Swedes have worked hard to make their 20th year anniversary a very exciting year, and also started the SABATON History Channel — a unique collaboration between the band and multimedia historians Indy Neidell and Timeghost, capturing the power of social media to tell stories about the wars, battles and heroes behind SABATON‘s songs.

“This is the biggest album we have taken on so far. There is so much depth and story around the songs that we never had before,” bassist Pär Sundström states. “Expect many surprises as we have tried new things and we also went back in time to a concept we know a lot of you love. ‘The Great War’ has been created side by side with the SABATON History Channel to make 2019 the most exciting year in our 20-year history.” 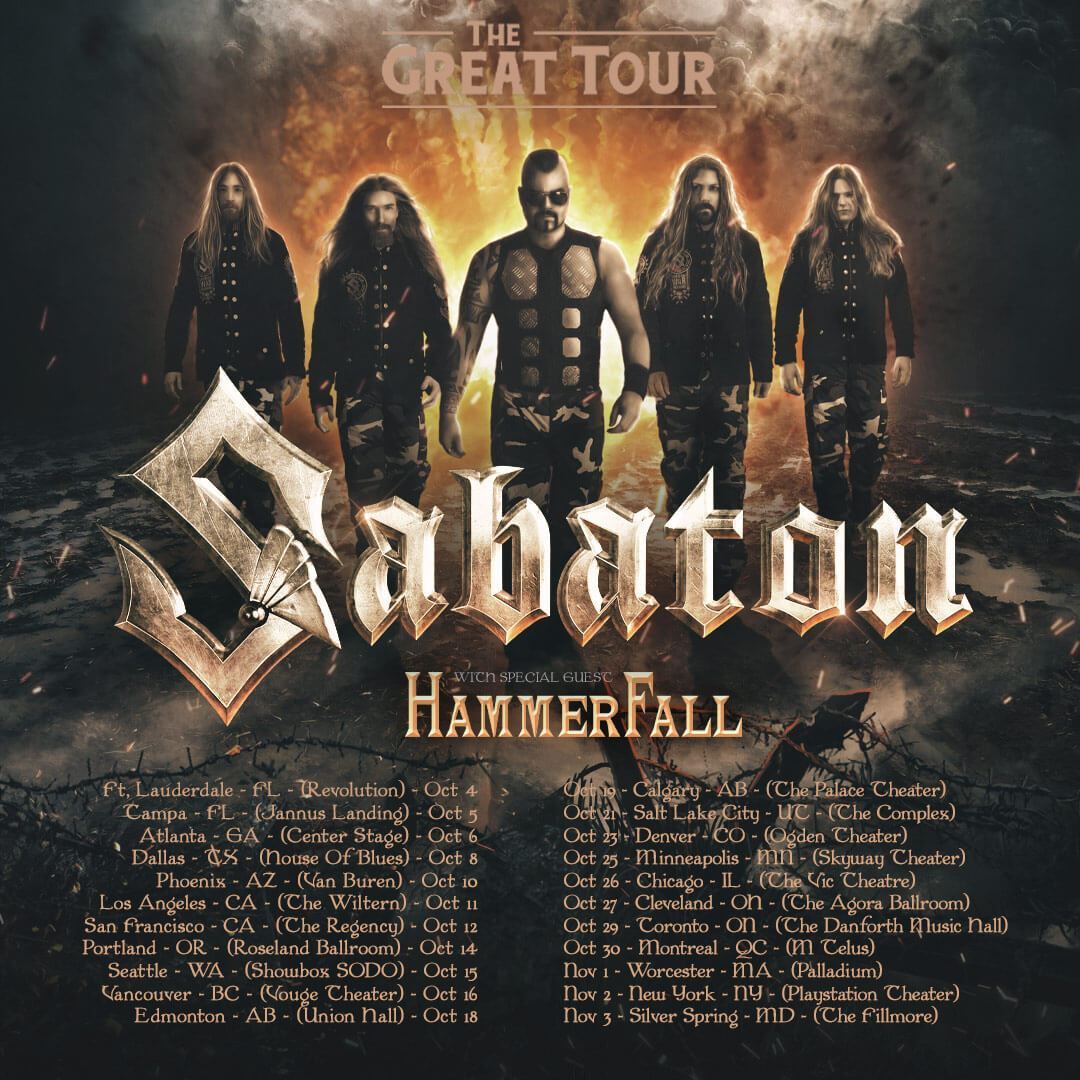