Swedish heavy metal titans SABATON have released the official music video for their new single, “Livgardet”. The band’s first new music since 2019’s “The Great War” is a Swedish-language song which honors the Swedish Royal Guards first established in the year 1521. Watch the music video below.

“Since 2012 and ‘Carolus Rex’, we have been looking forward to writing more songs in Swedish, and we felt that we were not done with the history of our fatherland,” bassist Pär Sundström explained. “Over the past years, we have been discussing around topics until something obvious came up. One of the oldest military regiments in the world, the Swedish Royal Guard (Livgardet), was formed in the SABATON home region in Sweden, Dalecarlia, in 1521 by the legendary Swedish king Gustav Vasa. For the past 500 years, they have evolved with the times and served under various kings and queens around the world and are still active today. We felt that such an anniversary would be worth a song, and we aimed at writing a respectful tribute, an anthem for this Swedish regiment and its legacy. The rich 500 years of history is, needless to say, extremely hard to fit into one song, and that is why we mainly focused on the parts and battles that happened during the age of the Swedish Empire. We aimed to write a respectful tribute, a powerful anthem, for this Swedish regiment and its remarkable legacy.”

An English-language version of the song, titled “The Royal Guard”, will be released on April 9. It will be made available on in various shades of colored vinyl, with an etched B-side. A limited-edition version comes with gunpowder pressed into the vinyl.

The Nuclear Blast relationship with SABATON dates back to 2010’s World War II-themed “Coat Of Arms”. Its follow-up, 2012’s “Carolus Rex”, was released in both English and Swedish language editions. “Livgardet“ marks a return to the band’s native language. As SABATON‘s frontman, co-founder, and principal songwriter Joakim Brodén declared: “Damn, it feels good to be singing in Swedish again!” 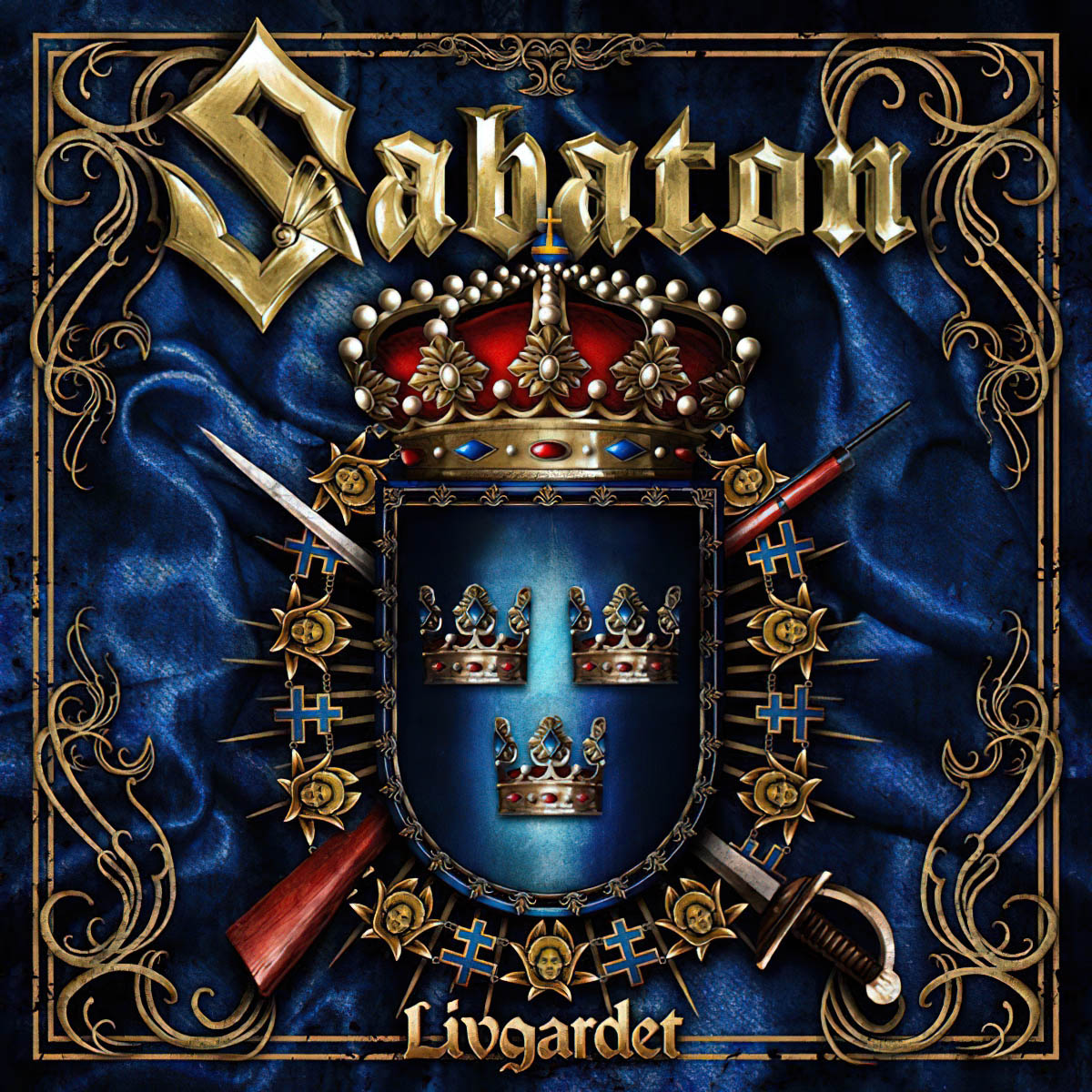 As proclaimed by Kerrang! magazine, SABATON put the “(fire)power back into metal” and deliver bombastic, anthems of sacrifice, heroism, and determination, across nine studio albums and two decades of unforgettable performances. The songs “To Hell and Back”, “The Last Stand” and “Primo Victoria” have been streamed more than 200 million times on Spotify alone, where SABATON boasts more than two million monthly listeners. Over a million YouTube subscribers share in the band’s dual passions for hard rock and history. This precision combination propelled them to the top of the bills at the world’s largest metal festivals, like Wacken Open Air (Germany) and Bloodstock Open Air (U.K.).

SABATON is arguably one of the most important bands to emerge from the modern metal scene, journeying forth with confidence on a steady ascendance that’s rewarded them with five Metal Hammer Golden Gods Awards (including “Best Live Band” three different years) and multiple nominations for the Swedish equivalent of the Grammy Awards, the Grammis. In 2016, “The Last Stand” debuted at No. 1 in three different European countries and cracked the Top 3 in four others. Brodén, Sundström, Chris Rörland (guitars), Hannes Van Dahl (drums) and Tommy Johansson (guitars) curate a festival of their own, Sabaton Open Air, that started back in 2008, as well as their own forward-thinking Sabaton Cruise, that is being held since 2009.

SABATON‘s ninth album centered on World War I, often referred to as “The Great War.” “The Last Stand” delved into various “last stands” throughout history. “Livgardet“ strengthens the band’s well-known reputation as experts, aficionados, and storytellers regarding the triumph and tragedy of battle.

SABATON headlined London’s Wembley Arena in February 2020. JUDAS PRIEST chose them as main support on their “50 Heavy Metal Years” tour of North America, scheduled for September and October 2021. The group will kick off 2022 with an unprecedented 29-city tour of their home country.