The first edition of Rock The Coast Festival is set to take place in Fuengirola, Málaga, Spain on 14th and 15th June, 2019 at the spectacular site of Mare Nostrum. Featuring two main stages plus a third located in the Sohail Castle, this new festival aims to bring together the Costa del Sol’s warm weather and the great comforts and surroundings of a holiday paradise with rock music in all its forms

Having already announced the likes of Ritchie Blackmore’s Rainbow, Magnum, The Darkness, UFO, Opeth, Carcass and Mayhem, the festival have now completed the line for next year’s festival with the addition of one of the all time biggest bands in rock, Scorpions who will headline the Friday.

The completed line-up for Rock The Coast 2019 is:

The final price for 2-days tickets is 130€ (+ expenses) and the single day ticket price is 80€ (+ expenses, each one, same price for Friday and Saturday).

The festival have also announced a very special opening party the night before the festival on Thursday 13th June which will feature an exclusive show from Norwegian music group Wardruna who will perform inside the stunning Sohail Castle. Capacity is limited for this separately ticketed event.

Tickets are on sale now at this location.

Fuengirola’s municipal area is one of the smallest in the Málaga province and it is virtually reduced to a coastal strip that the city and the district of Santa Fe de los Boliches take up. It extends along seven kilometres of coastline with plenty of excellent beaches. Fuengirola is also only a 20 minute drive from Malaga airport.

For additional information about the event, make sure to check out the Festival website 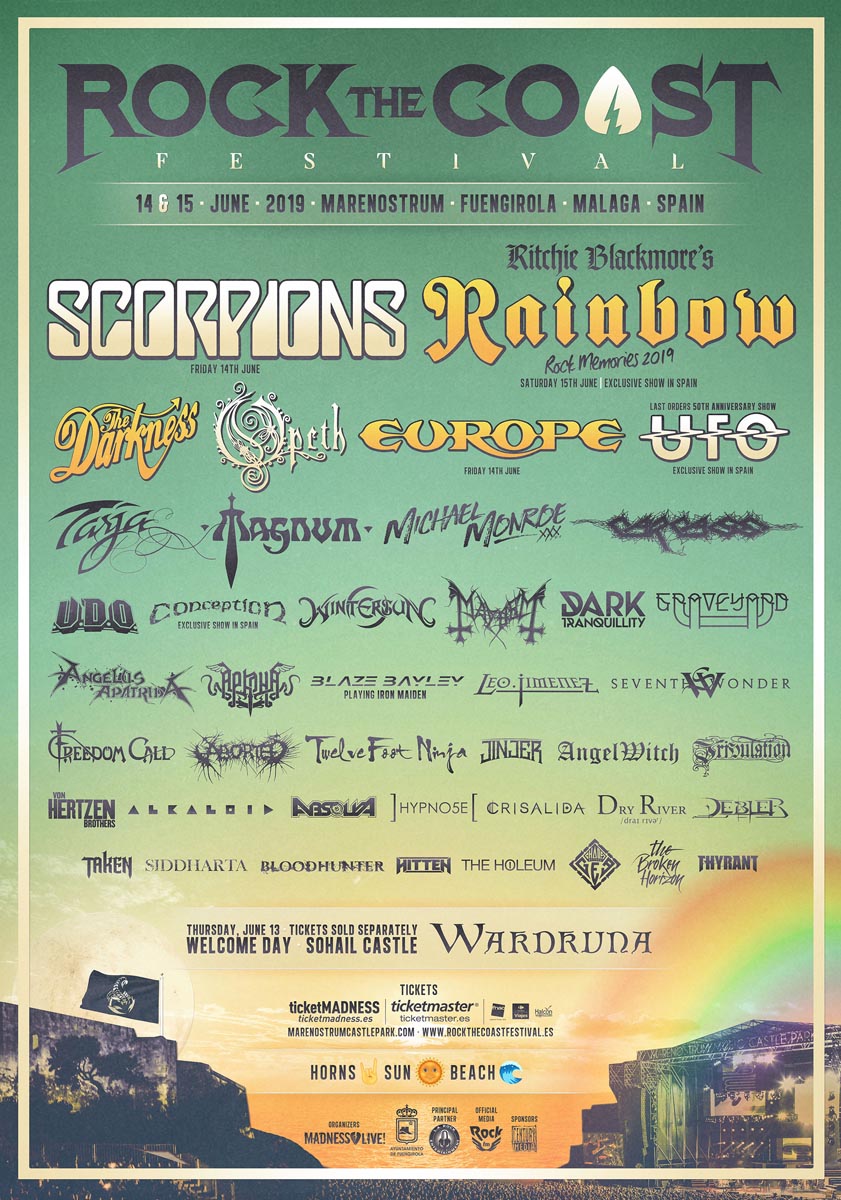