Without question, Rob Halford is one of heavy metal’s all-time great vocalists — as heard through his highly influential and groundbreaking work with JUDAS PRIEST. But over his career, he has also proven able to master a variety of other styles vocally — including holiday-themed music. And in time for this holiday season, Halford will be releasing an all-new album, titled Celestial, on October 18 via Legacy Recordings. A day later, he will be signing CD or LP purchases of the album at FYE Arizona Mills at 2:00 p.m in Tempe, Arizona. Details to follow closer to the event.

The album will also be available for pre-order on Rob‘s artist store — with exclusive merchandise and a limited, autographed metallic-gold color version of the vinyl. Also, the official music video for “Donner And Blitzen” can be seen below.

Credited to ROB HALFORD WITH FAMILY & FRIENDS, the album mixes holiday classics with all-new compositions, and will appeal to lovers of traditional holiday music and headbangers alike.

“The great thing about heavy metal is it’s got these kinds of multiple dimensions,” explains the man also known as the Metal God. “I think when you look at it from an outside point of view — if you’re not really familiar with the metal scene — it can look pretty intimidating. And it is a very strong, powerful experience. But it comes at different levels. I think the music that we’ve made on ‘Celestial’, for example, gives a display of that. Metal maniacs — as we call ourselves — are just as ready for the holidays as everybody else. And what we’ve tried to do with this music is to reach out to as many of those metal dimensions as we possibly can.”

And judging from the ROB HALFORD WITH FAMILY & FRIENDS banner, Celestial sees Halford joined by a supporting cast of those very close to him — his brother (Nigel) on drums, his nephew on bass (Alex, son of PRIEST bassist Ian Hill), has sister (Sue) on bells, and twin guitar tandem of Robert Jones and Jon Blakey.

Once all the contributors were in place, Halford “went away and listened to a lot holiday music and Christmas carols. Traditional stuff. 12 tracks — including original tracks that I’m particularly excited about. And in that way, because of the dimensions of each song and the messages of each song, I think we cover a really broad platform. To me, more than anything, I wanted it to have its own characteristics and be a little bit more different than the regular rock ‘n’ roll Christmas album.” 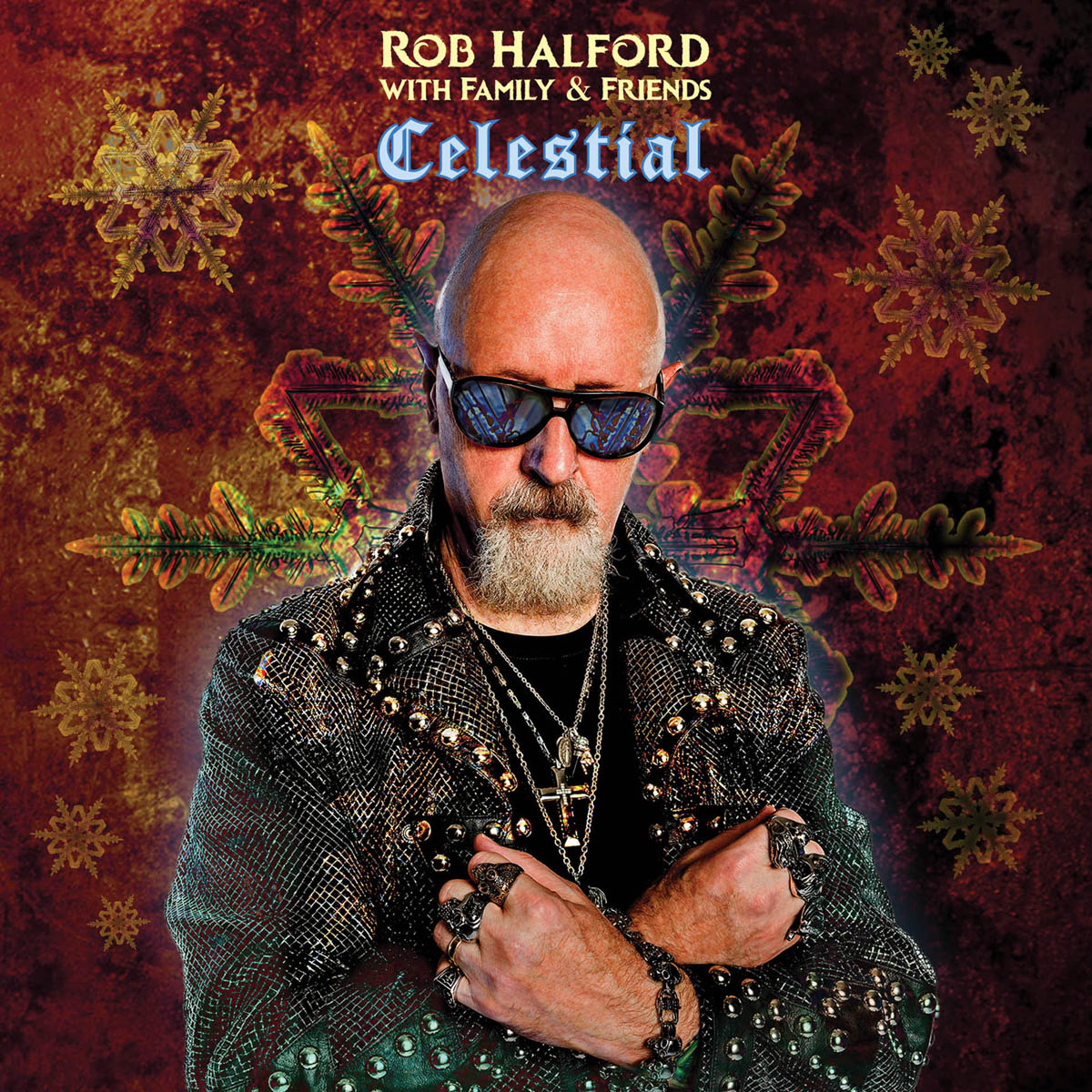 Halford has certainly accomplished this goal, as evidenced by such standout originals as the album-opening title track, “Donner And Blitzen”, and “Protected By The Light”, as well as reworkings of such holiday standards as “God Rest Ye Merry Gentlemen”, “Joy To The World” and “Hark! The Herald Angels Sing”, among other standouts. “‘Donner And Blitzen’ gets the snowball rolling for ‘Celestial’ — a song full of excitement, love and hope,” says Rob. “You can hear and feel the power of Christmas time — energy roarin’ with rockin’ reindeers haulin’!”

“I think the holidays for any family are a mixture of fun and excitement and apprehension of the whole event,” he continues. “The magic of it more than anything else. It’s just a beautiful time of year — which a lot of us wish would be for every day of the year. It’s a beautiful thing as far as bringing families together. So, what better way to celebrate it than with your family, friends…and music. You must have music at Christmas time.”