Revolution Saints – featuring Deen Castronovo (The Dead Daisies, ex-Journey, Bad English), Doug Aldrich (The Dead Daisies, Burning Rain, ex-Whitesnake, DIO), and Jack Blades (Night Ranger) – are returning with their third album, “Rise” on January 24, 2020. First single, “When the Heartache Has Gone” can be streamed below and pre-orders, including t-shirt bundles, are available here.

As with the first two well-received albums, Rev Saints (as the fans like to call them) are bringing back the classic melodic rock style that thrilled and delighted legions of fans in the ‘80s and ‘90s and still does today. Inspiring, uplifting vocals, soaring melodies, and musicianship to die for is what you get in spades here.

Superbly handling drums and lead vocals is the one and only Deen Castronovo. Already renowned for his drum talents and backing vocals in Journey, Bad English, and more, Deen‘s excellent vocal talents are once again receiving a well-deserved spotlight on this release. On bass, and co-lead vocals on a few tracks, Jack Blades is well known for his melodic, yet hard rocking approach to songwriting and playing via multiple classic albums by his main band Night Ranger, as well as with the Damn Yankees and the Shaw/Blades releases. On guitar, Doug Aldrich lends his fiery guitar attack to round out this dream-come-true melodic rock band. Doug, who left Whitesnake after a fruitful 12 year run (including co-writing 2010’s critically acclaimed “Forevermore” release) and also of Burning Rain and formerly of DIO, has a deep pedigree and is one of today’s most respected rock guitarists. 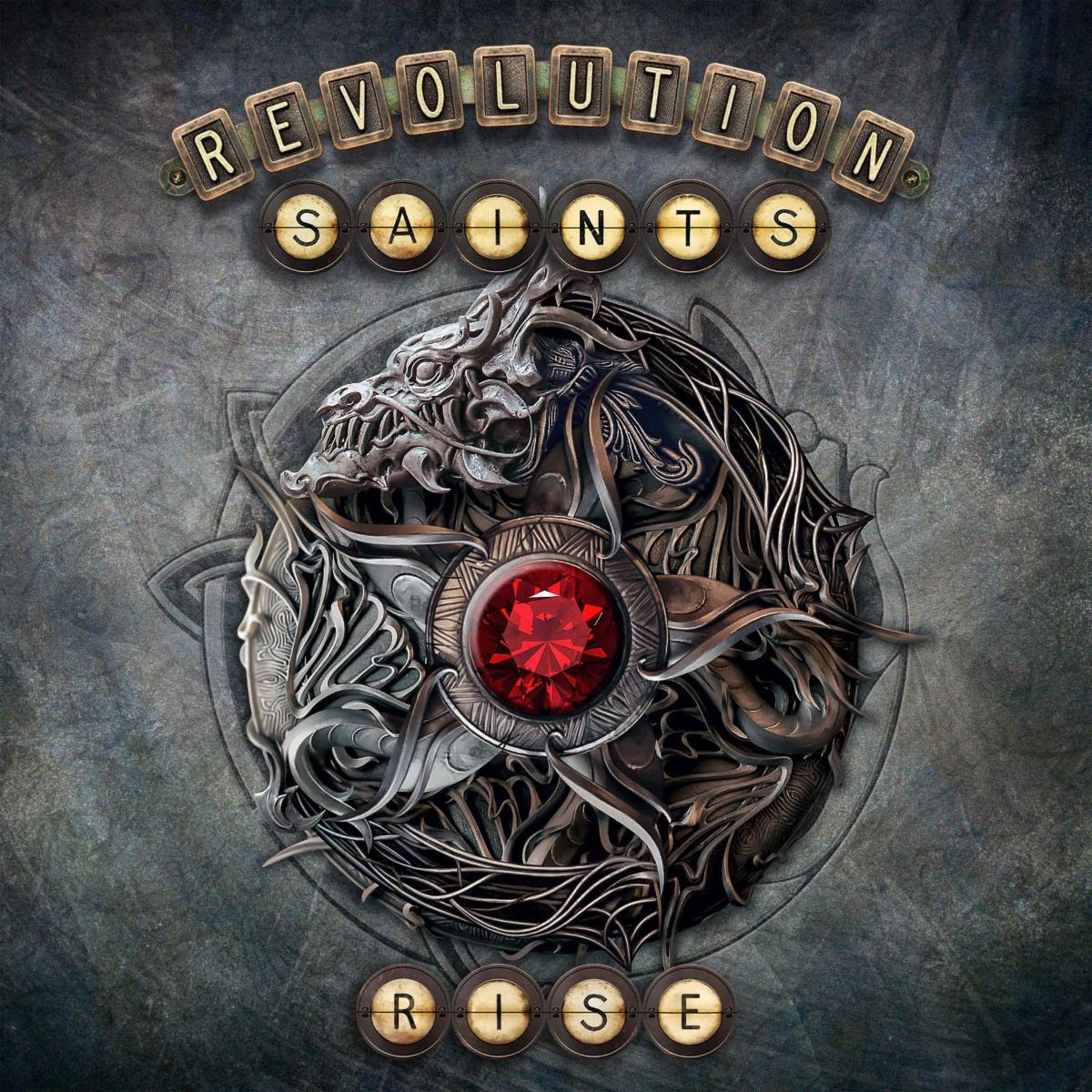 The Revolution Saints project is the vision of Frontiers’ President Serafino Perugino, who for years had hoped to work on a project where Deen would be the lead vocalist. Having previously worked with all three artists on different projects on Frontiers, having Deen, Jack and Doug on board together was a dream come true for Perugino.

With production overseen by more and more in demand in-house Frontiers man, Alessandro Del Vecchio, the recording process took place in Milan and in Doug and Jack’s own studios in California and Seattle. Songwriting was handled by Del Vecchio, Aldrich, and Blades with contributions from fellow Frontiers recording artist Dan Rossall (of UK newcomers Passion). Of special note, the poignant ballad “Eyes of a Child” was penned by Jack Blades and Tommy Shaw.

Revolution Saints ‘ music is played with a heart, soul, and spirit that shines through in the music. These songs highlight the passion and enthusiasm of three of the best all-around rock ‘n roll musicians in the game today. Truly, lovers of melodic rock have a new favorite album on their hands.