Finnish industrial metal act RESOLUTION 13 is currently in the last recording phase of its upcoming sophomore album. The first single, “General Mass,” was released a year ago. On November 27th, the band released the second single titled “Evil Tormentor” and an accompanying lyric video, which can be seen below.

Founded in 2010, RESOLUTION 13 exists out of seasoned musicians from well-known and respected bands and projects on Finnish grounds such as DRIVE, GODSPLAGUE, THE BLACK LEAGUE, and DIMEBAG BEYOND FOREVER. The band released its debut album “Colossal” which was received positively around the globe in 2015. RESOLUTION 13’s music and sound is hard, with down-tuned guitar riffs, ultra-low bass frequencies, supersonic synths, and war-battalion-like drumming. The band has won the regional award of Emergenza Finland, came in second in the Finnish finals, and also won the award for the best singer. What RESOLUTION 13 offers is to be a good hard-smashing live band, and an overdose of both hard-heavy and beautiful harmonies in industrial-like music. 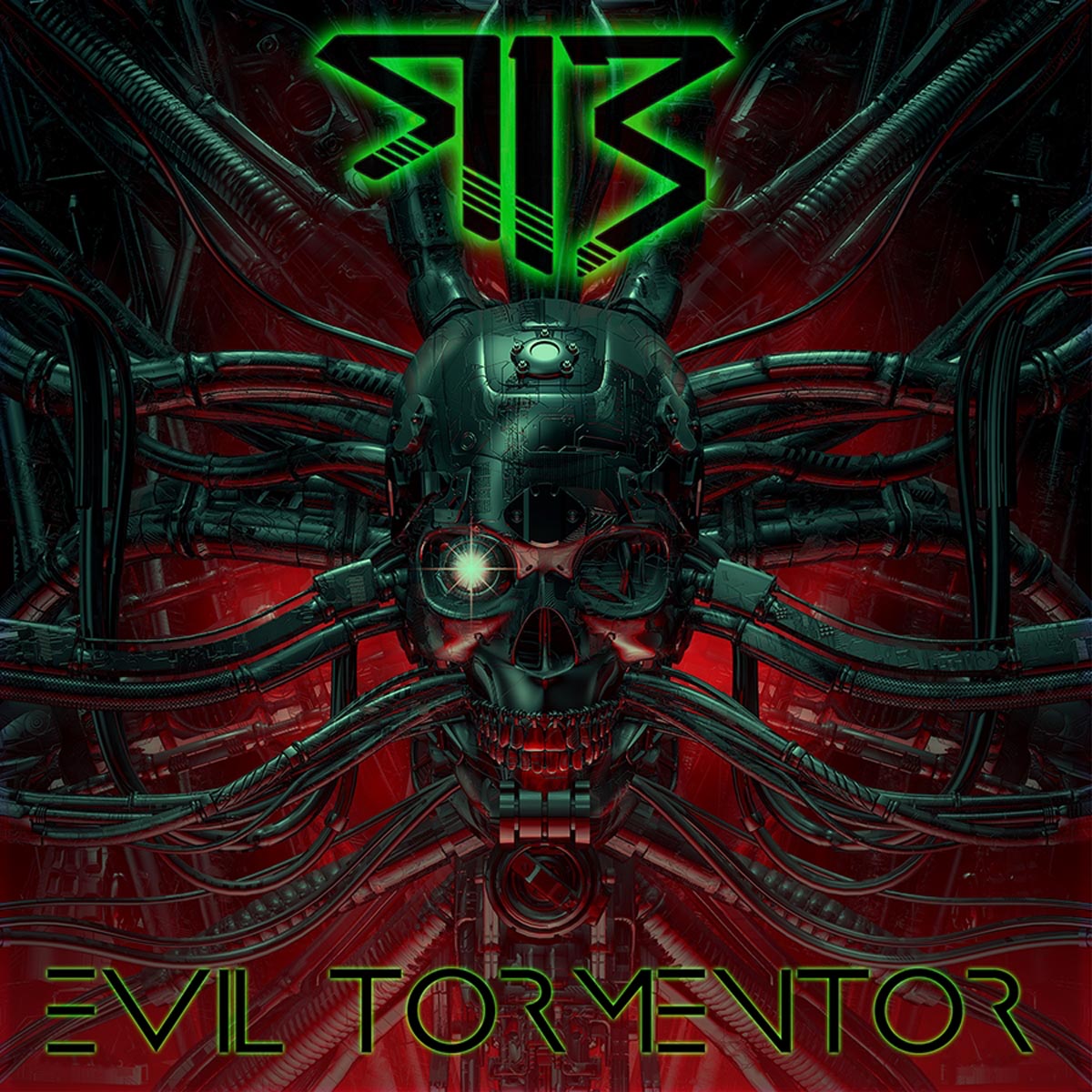 The band has created a storyline throughout its debut album “Colossal” which evolves around the happenings on Resolution 13, a prison planet. The story continues on the sophomore album, which was recorded and mixed by Tero “Max” Kostermaa.

Lead singer Nico Hartonen (Hardtone) on the story behind “Evil Tormentor:” “ The song talks about finding solace in the middle of disaster. Imagine being drunk or super tired and stuck in a snow storm at -25 degrees Celsius. All of a sudden your body turns up the heat and you start feeling warm and very comfortable. In this story you find yourself alone inside a foreign spaceship. All you need to do is to stay alive and try to get back home.”

About the writing process of the new album, guitarist Gábor Dancs comments: “ We had a bunch of song ideas that didn’t make it on our first record for different reasons. Sometimes we felt they are not flowing yet, not complete, or just doesn’t fit in the concept of Colossal. We revisited these and some were keepers while others ended up in the bin. There are also many brand new songs that we came up with far later after Colossal was released. Dallas and I went several times into isolation where day and night we were composing, playing music, having fun. When song ideas were born, Dallas and Nico (Hardtone) went and worked on the vocals, creating some amazing new sounds!”