Washington D.C. crossover thrashers RED DEATH have announced a co-headline North American Expedition tour with Enforced. The band will be in on tour starting January 4th in Washington D.C. and wrapping on January 31st in Brooklyn, NY. Tickets are available for purchase here.

“We are very excited to finally begin our world wide promotion of Sickness Divine,” states RED DEATH vocalist and bassist Chad Troncale. “We haven’t played a lot of these cities in almost two years so we are thrilled to visit new, as well as familiar, scenes around the country. See you soon!”

The band will be on tour in support of their forthcoming album “Sickness Divine”, out November 29th via Century Media Records (Check our review of the album at this location)

Produced by Arthur Rizk (Power Trip, Sacred Reich), RED DEATH have released the tracks “Sickness Divine” and “Face The Pain” off of the band’s forthcoming third studio album. The album’s physical release will be available as limited first-pressing Digipak CD with a bonus track (Misfits cover of “Death Comes Ripping“) and a sticker or as Gatefold LP on 180gr. vinyl with poster. Pre-order “Sickness Divine” here. 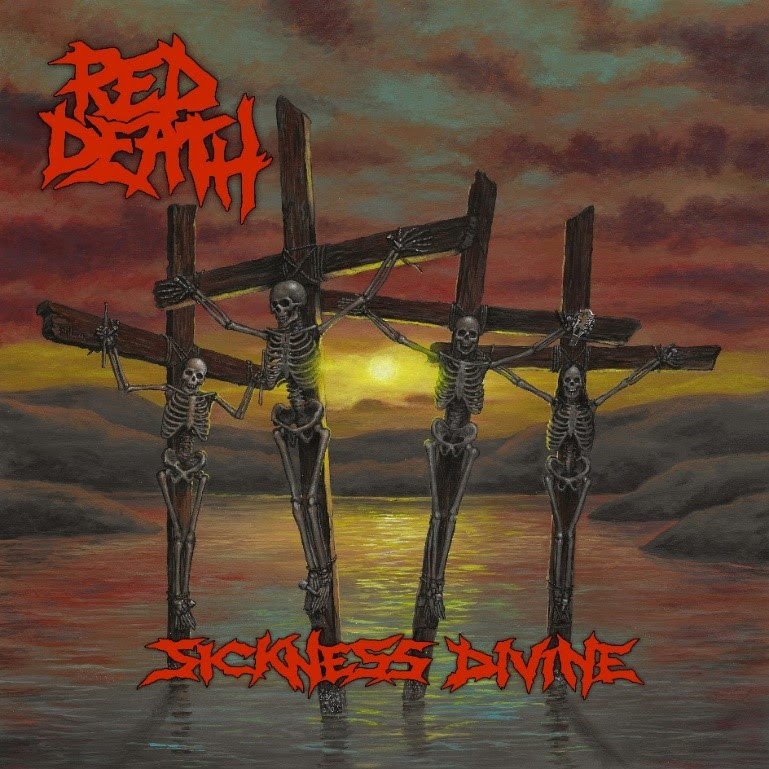 United by a love for “Master Of Puppets”– era Metallica, “Animosity”– era Corrosion of Conformity, Discharge and the best of 80’s thrash metal, RED DEATH was born out of a 2013 basement jam session between drummer Connor Donegan (also of Genocide Pact), guitarist Ace Mendoza and front-man Chad Troncale. RED DEATH became an underground favorite with the release of 2015’s “Permanent Exile” followed by US gigs and tours with the likes of Power Trip and Obituary. With 2017’s “Formidable Darkness” album and a line-up that saw Troncale assume bass and vocal duties as well as the addition of Enforced guitarist Will Wagstaff, RED DEATH proved themselves a force to be reckoned with as they blasted stages around the world. 2019 saw the band’s return to European stages supporting Cro-Mags as well as the release of their third full-length album “Sickness Divine”. 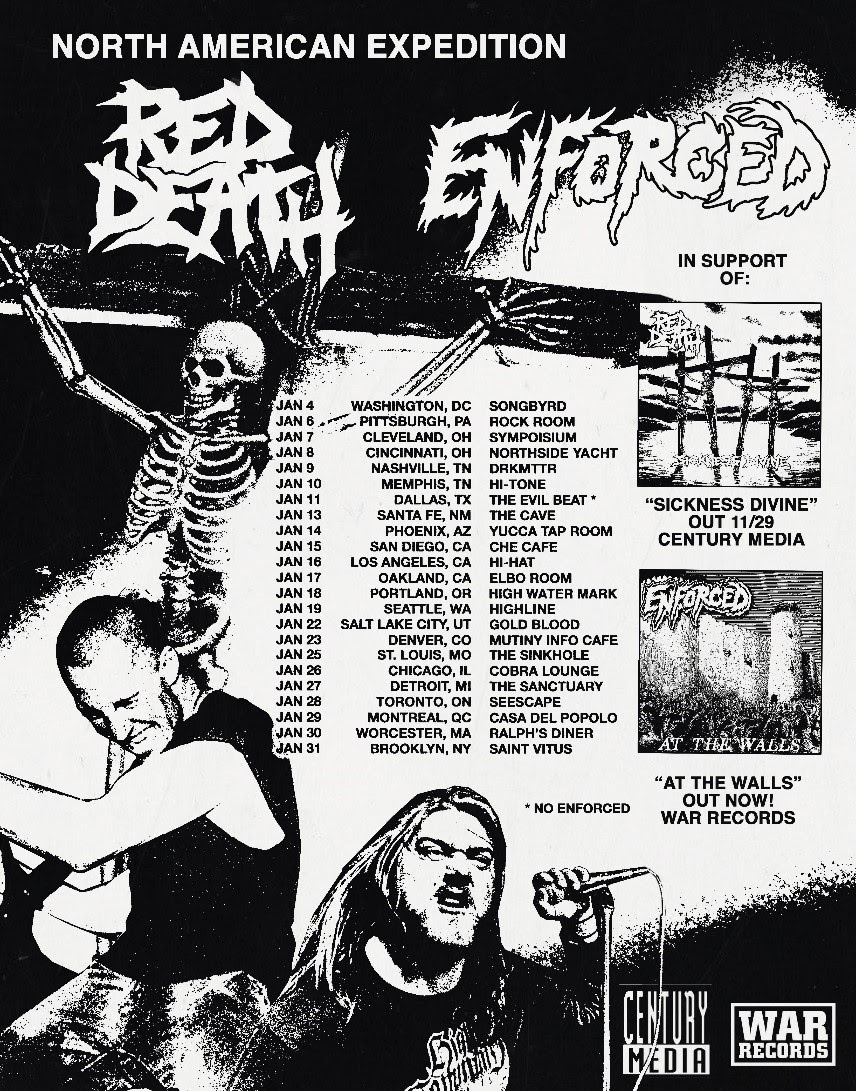