British/American metal trio RAVEN released a new single and video for the song “Hung, Drawn & Quartered”. The track is taken from the band’s new live album, “Screaming Murder Death From Above: Live In Aalborg”, which will be released through SPV/Steamhammer on January 18 as CD digipak, 2LP gate-fold, download and stream.

When RAVEN left the Skråen stage at the end of November 2017 after its acclaimed concert in Aalborg, Denmark, brothers John (bass, vocals) and Mark Gallagher (guitar) along with new member Mike Heller (drums) didn’t foresee their show being recorded for posterity. “We were surprised of course, since nobody had informed us of this beforehand,” John Gallagher explains. “We had a flash drive with the recording delivered to us and when we checked it, we realized that — barring some small technical problems — we had a truly magical live recording on our hands. It was a near perfect concert thanks to the great atmosphere inside the hall and our out of control attitude — since, you know, we weren’t aware the show was being recorded.” It’s the unbridled show of a band who has been writing metal history for the last 45 years.”

As to the differences between the current “Screaming Murder Death From Above: Live In Aalborg” and earlier RAVEN live recordings? “We have, of course, gotten better and better on a technical level over the years. Also, on ‘Destroy All Monsters/Live in Japan’ (1996), you can clearly hear that I was wrestling with voice issues due to a bout of laryngitis. And if you compare ‘Screaming Murder Death From Above: Live In Aalborg’ with ‘Live In The Inferno’ from 1984, it almost seems as if we had taken sedatives back then,” Gallagher says laughingly and concludes with: “The Aalborg recording matches the energy which RAVEN is exuding 100 percent. It’s the best representation of us as a live band yet.” 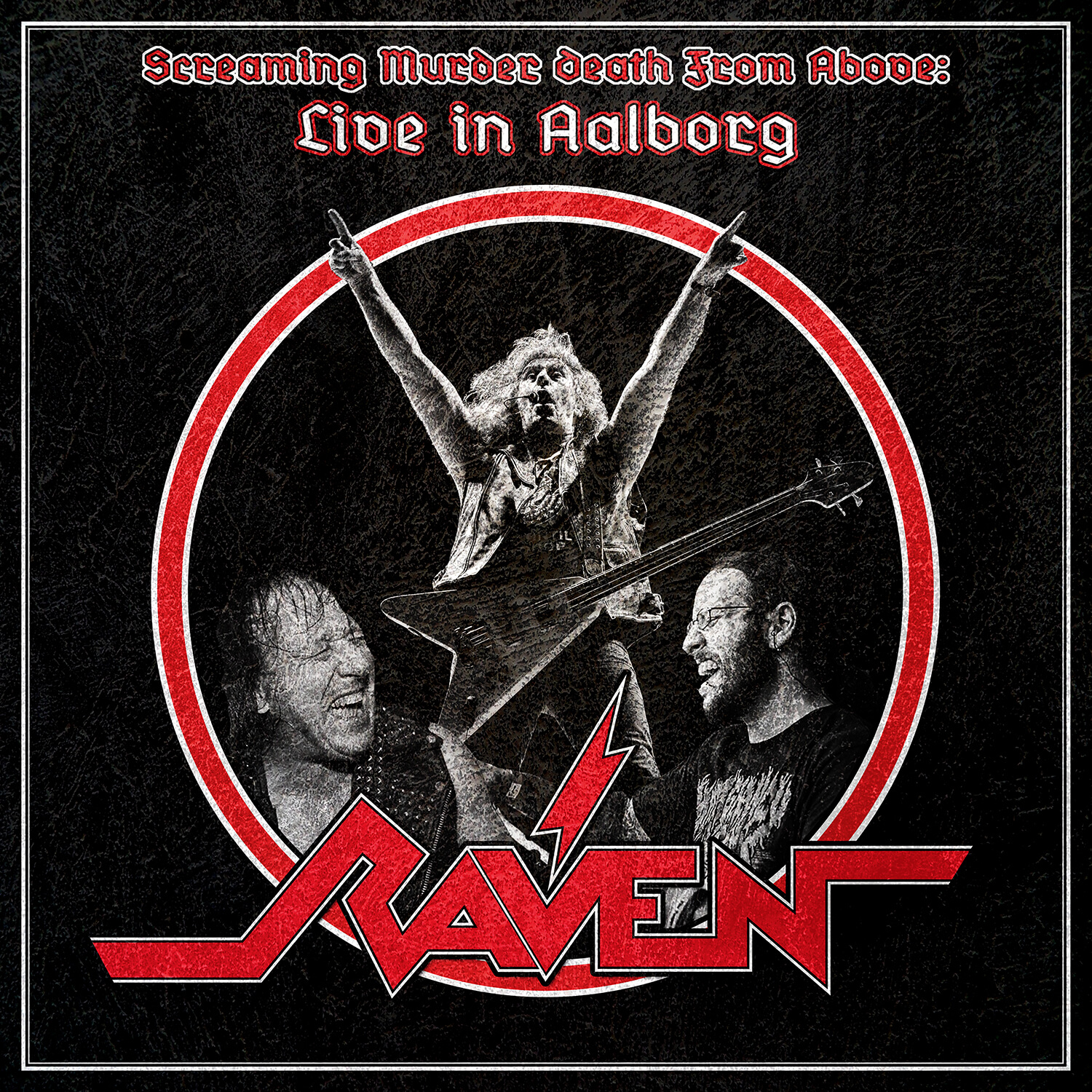 “Screaming Murder Death From Above: Live In Aalborg” Album Artwork

“Screaming Murder Death From Above: Live In Aalborg” Track listing: 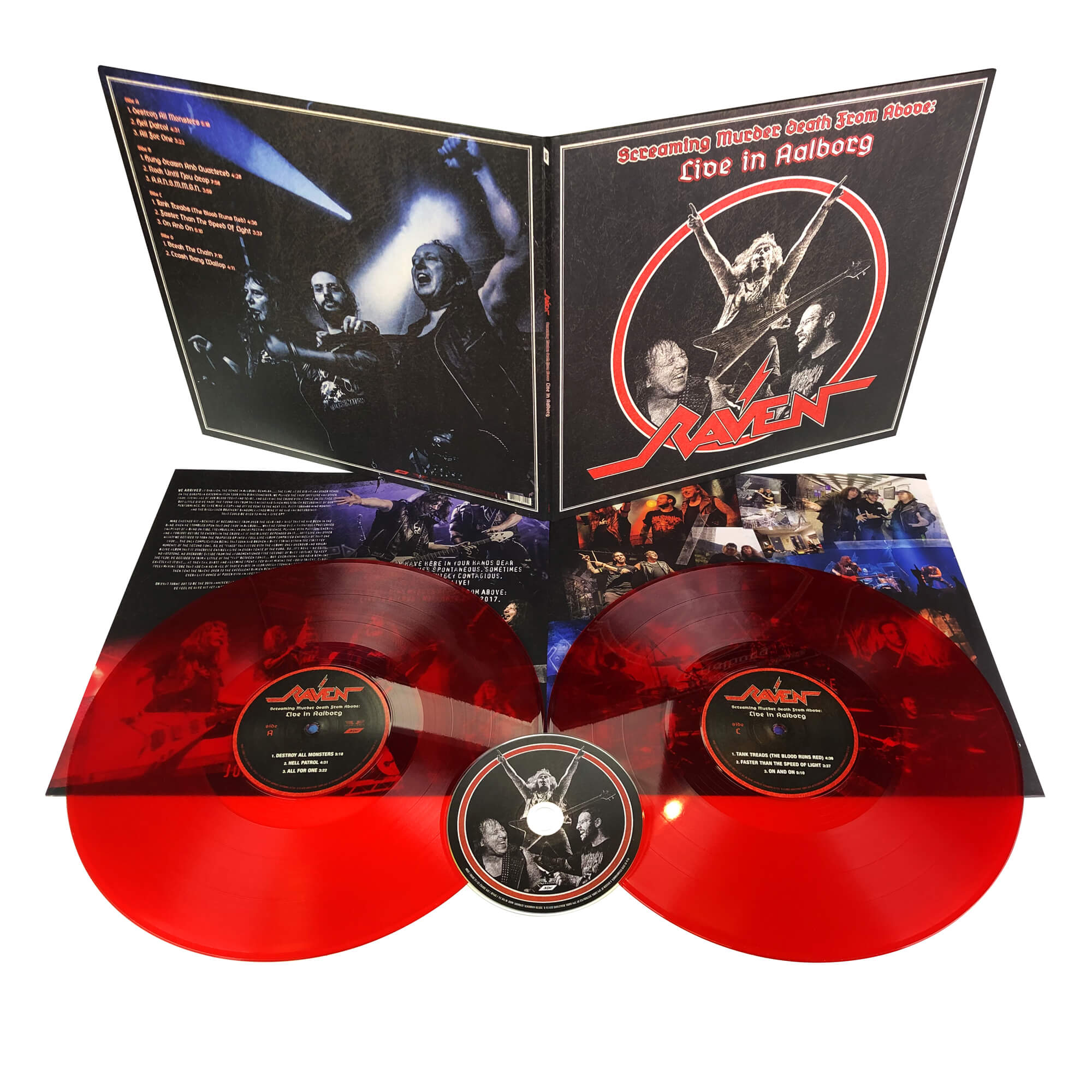 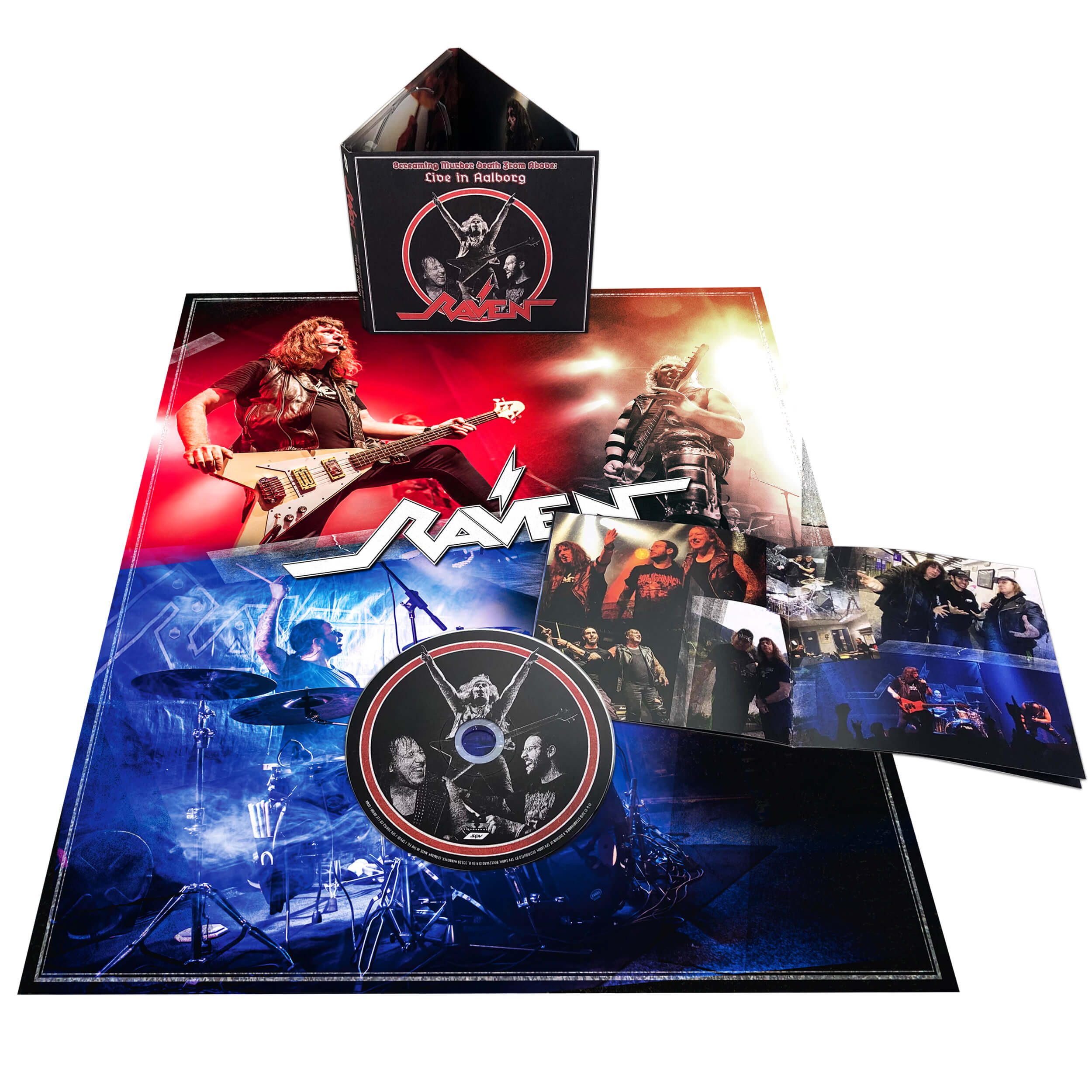 RAVEN is putting the finishing touches on its new album for a tentative early 2019 release. The follow-up to 2015’s “ExtermiNation” will mark the band’s first effort with Heller (FEAR FACTORY), who replaced Joe Hasselvander in 2017. “ExtermiNation” was released in April 2015 via SPV/Steamhammer.

Considered part of the “New Wave Of British Heavy Metal” movement of the early ’80s, RAVEN — led by Newcastle natives/brothers John Gallagher and Mark Gallagher — is perhaps best remembered for its trailblazing tours in America in the early ’80s that gave groups like METALLICA and ANTHRAX their first taste of the road.

RAVEN‘s albums “Rock Until You Drop”, “Wiped Out” and “All For One” virtually invented both the speed metal and power metal genres, with the band consistently pushing the envelope while retaining its unique sound and attack — both in the studio and in their true element: onstage.