The rumors have proven to be true and “The Big Rock Summer Tour” has been announced. Produced by Live Nation, it will feature legendary rock acts RATT, CINDERELLA‘s Tom Keifer, SKID ROW and SLAUGHTER, four bands that have combined to sell more than 60 million albums, including dozens of radio hits and smash videos. Every night of the tour will feature more party anthems and power ballads than fans could hope for, with the rock ‘n’ roll caravan hitting more than two dozen North American cities.

RATT singer Stephen Pearcy said: “We’re looking forward to layin’ it down on ‘The Big Rock Summer Tour’. The band is firing on all cylinders and more than ready for the shows with some great bands. Let the games begin!” 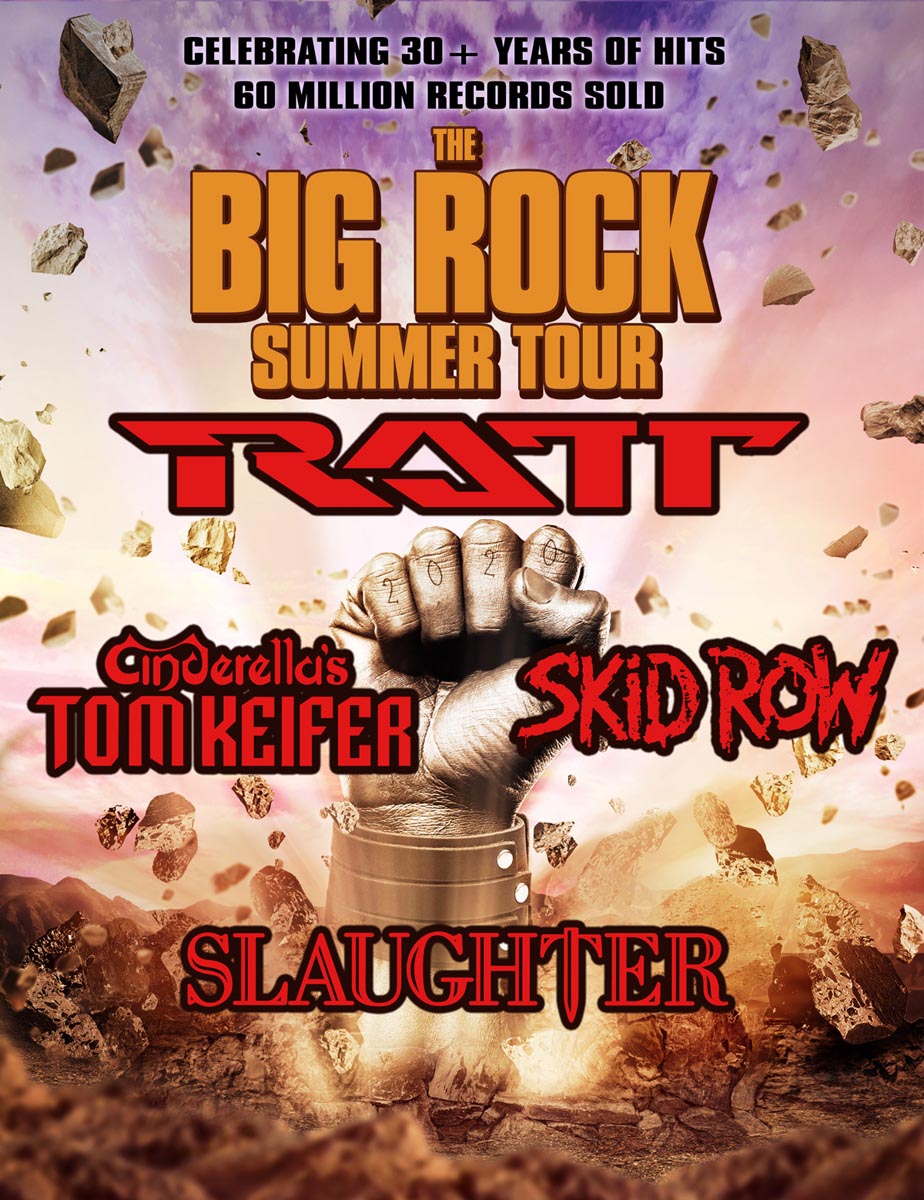 Keifer‘s sophomore solo album, “Rise”, was released in September via Cleopatra Records. The CINDERELLA front-man was joined on the disc by his #keiferband — Savannah Keifer, Tony Higbee, Billy Mercer, Kendra Chantelle, Jarred Pope and Kory Myers. Although CINDERELLA hasn’t released a new studio album since 1994’s “Still Climbing”, the band started playing sporadic shows again in 2010 but has been largely inactive for the last few years while Keifer has toured as a solo artist.

Last December, SKID ROW guitarist Dave “Snake” Sabo confirmed to Paul Anthony of Planet Rock that the band is putting the finishing touches on the final chapter of the “United World Rebellion” trilogy, which will tentatively be released in 2020. The disc was tracked at a Nashville, Tennessee studio with producer Michael Wagener, who also helmed the group’s 1989 self-titled debut and 1991’s “Slave To The Grind”. SKID ROW‘s new disc will mark its first release with South African-born, British-based vocalist ZP Theart (DRAGONFORCE, TANK, I AM I), who joined the band in 2016 following the departure of Tony Harnell (TNT, STARBREAKER).

SLAUGHTER‘s current lineup includes lead vocalist and rhythm guitarist Mark Slaughter and bassist Dana Strum alongside Jeff “Blando” Bland on lead guitar and Blas Elias on drums. The band’s double-platinum-selling debut album, “Stick It To Ya”, peaked at No. 18 on the Billboard 200 in 1990, based to the strength of its first two singles, “Fly To The Angels” and “Up All Night”. SLAUGHTER has not released a studio album since 1999’s “Back To Reality”.