Few metal acts can look back at as comprehensive, multi-faceted and varied a career as RAGE. Founded in spring 1983 in Herne in Germany’s Ruhr region, the band led by vocalist/bassist Peavy Wagner has integrated a wide range of stylistic nuances into its musical concept. There have been releases which focused primarily on hard thrash sounds, but also recordings featuring anthemnic power metal as well as albums with a — in the true sense of the word — symphonic orientation. “Wings Of Rage”, the latest offering by the three-piece, consists of all this and much more. Peavy and his colleagues Marcos Rodriguez (guitar) and Vassilios Maniatopoulos (drums) have succeeded in summarizing the diversity and experience of almost 37 years of band history in twelve topical songs, starting a new chapter at the same time.

Thanks to the diversity on “Wings Of Rage”, Wagner, Rodriguez and Maniatopoulos can be one hundred percent certain that every fan will find something to their very own, personal taste. Friends of earthy thrash tracks with a typical RAGE attitude will get their money’s worth mostly on numbers such as the opener “True” with its sinister verse, the lead single “Let Them Rest In Peace”, the title track “Wings Of Rage” and the intense “Don’t Let Me Down”. Aficionados of atmospherically dense power metal anthems will love “Tomorrow” and “Chasing The Twilight Zone”, while elements of classic orchestrations, as featured on RAGE‘s 1998 album classic “XIII”, mark the progressive “A Nameless Grave” and the ballad “Shine A Light”. 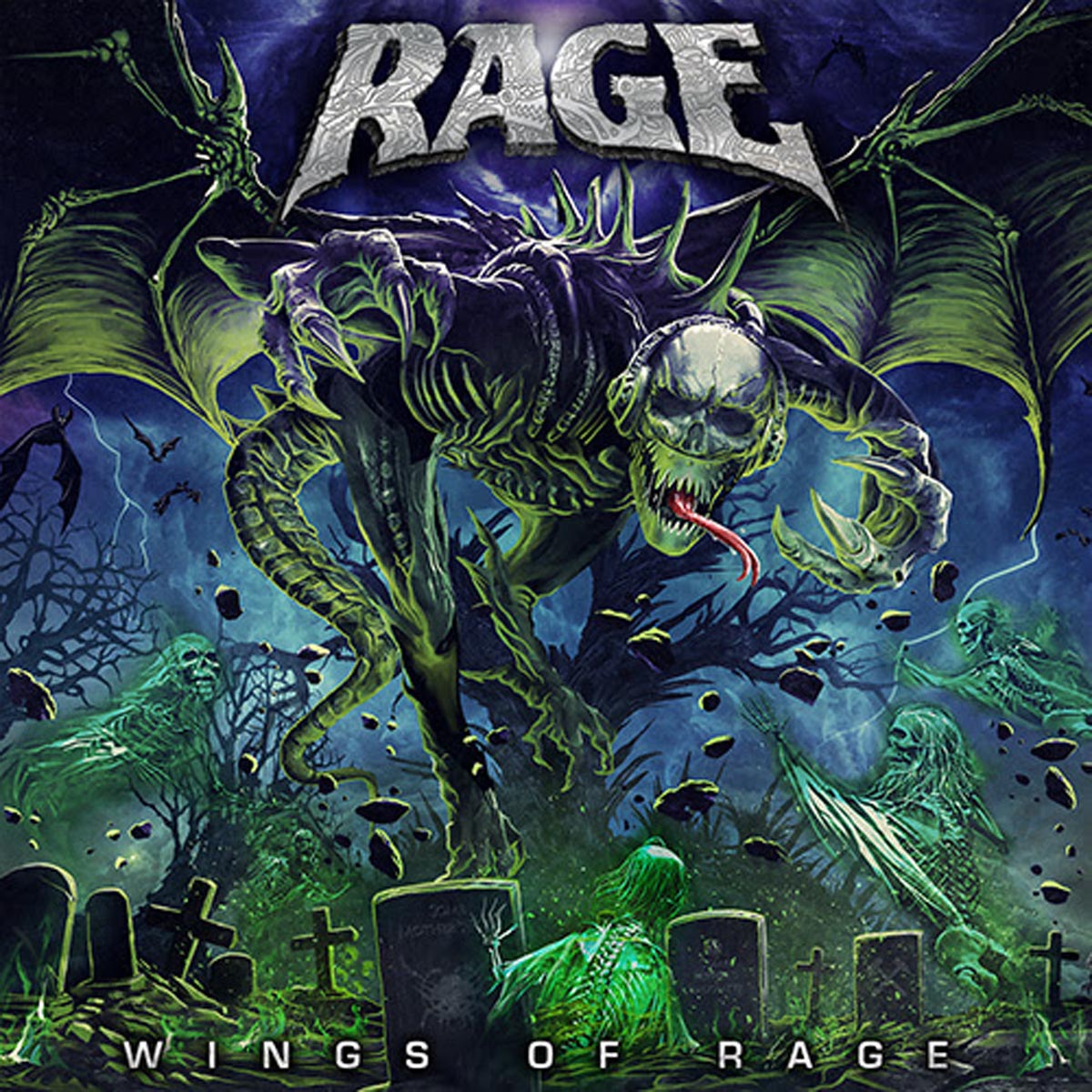 “Wings Of Rage” presents the band as dynamic as ever, and their next world tour is in the pipeline for 2020. The February dates for the European leg have already been confirmed, more dates will follow soon. “Wings Of Rage” will be released on January 10, 2020 through Steamhammer/SPV as CD digipak, 2LP gatefold version, limited box set, shirt bundle (Steamhammer shop) download and stream and today sees the arrival of the first single “Let Them Rest In Peace”, including an impressive video clip which RAGE shot in a closed-down paper factory. Watch it below.