As the twelfth and final track on “Innuendo,” Queen’s final album released during Freddie Mercury’s lifetime, “The Show Must Go On” was completed while Freddie was already in the final stages of his battle against the then incurable horror of AIDS.

Brian May says, “Even though we were all aware of Freddie’s impending tragedy, we had some inspired and joyful times in the studio, making the “Innuendo” album.  We didn’t speak much about Freddie’s illness – he just wanted to get on with ‘business as usual’ as far as possible.  But already there was only a day or two per week when Freddie was well enough to come in and work with us.  We grabbed those precious moments and made the most of them.  I’d been working on “The Show Must Go On” as an idea, but I was uncertain whether the title was too obvious.  Freddie heard it and loved it and dismissed any thoughts that there was a problem with the chorus or the title.  He wanted to work on it.

We didn’t discuss what the meaning of the song was, but it was of course evident in the background that it was an attempt to give a voice to the feelings that Freddie’s valiant fight against AIDS created in all of us, and even in Freddie.  He was too low in energy to create it himself.  But I had one unforgettable special afternoon working together with him on solidifying the lyrics of the first verse of this embryonic song about a clown whose make-up hid his pain, before he slid out to attend another treatment.  That gave me enough lyrical material to later expand into the eventual two verses.  I finished mapping out the song, sang the whole thing as a demo, including the added “Wings of Butterflies” section, which somehow appeared in my head very late one night, and I played it to him when he was next in the studio.  The melody called for some very demanding top notes, and I’d only been able to ‘demo’ them in falsetto.  I said to Freddie … ‘I don’t want you strain yourself – this stuff isn’t going to be easy in full voice, even for you!’  He said, ‘Don’t worry – I’ll f…ing nail it, Darling!’  He then downed a couple of his favourite shots of vodka, propped himself up against the mixing desk, and… delivered one of the most extraordinary performances of his life.  In the final mix of TSMGO, when you get to “On with the Show” you are listening to a man who conquered everything to deliver his finest work.”

“The Show Must Go On” inevitably took on an additional poignancy after Freddie’s death.  The tragedy of AIDS denied him the opportunity ever to perform it in a Queen live show.  But the song made its stunning on-stage debut in the star-studded Freddie Mercury Tribute Concert at London’s Wembley Stadium on April 23, 1992.  Elton John took the lead vocal, and Black Sabbath’s Tony Iommi guested on guitar.

The song has another strong emotional resonance in the history of Queen.

Brian May, Roger Taylor and John Deacon performed the song live for only the second time at the opening in Paris of Maurice Béjart’s “Ballet For Life.”  Created by legendary choreographer Maurice Béjart in collaboration with Gianni Versace, both now sadly departed, “Ballet For Life” celebrated the life and work of Freddie Mercury and Béjart’s former principal dancer, Jorge Donn, who also had died of AIDS.  Set to music by Queen and Mozart, it was first performed on January 17, 1997 at the Théâtre de Chaillot in Paris.  As the finale of the performance, the three surviving Queen band members performed “The Show Must Go On” live with Elton John.

It was to be John Deacon’s last live performance with his fellow band members. 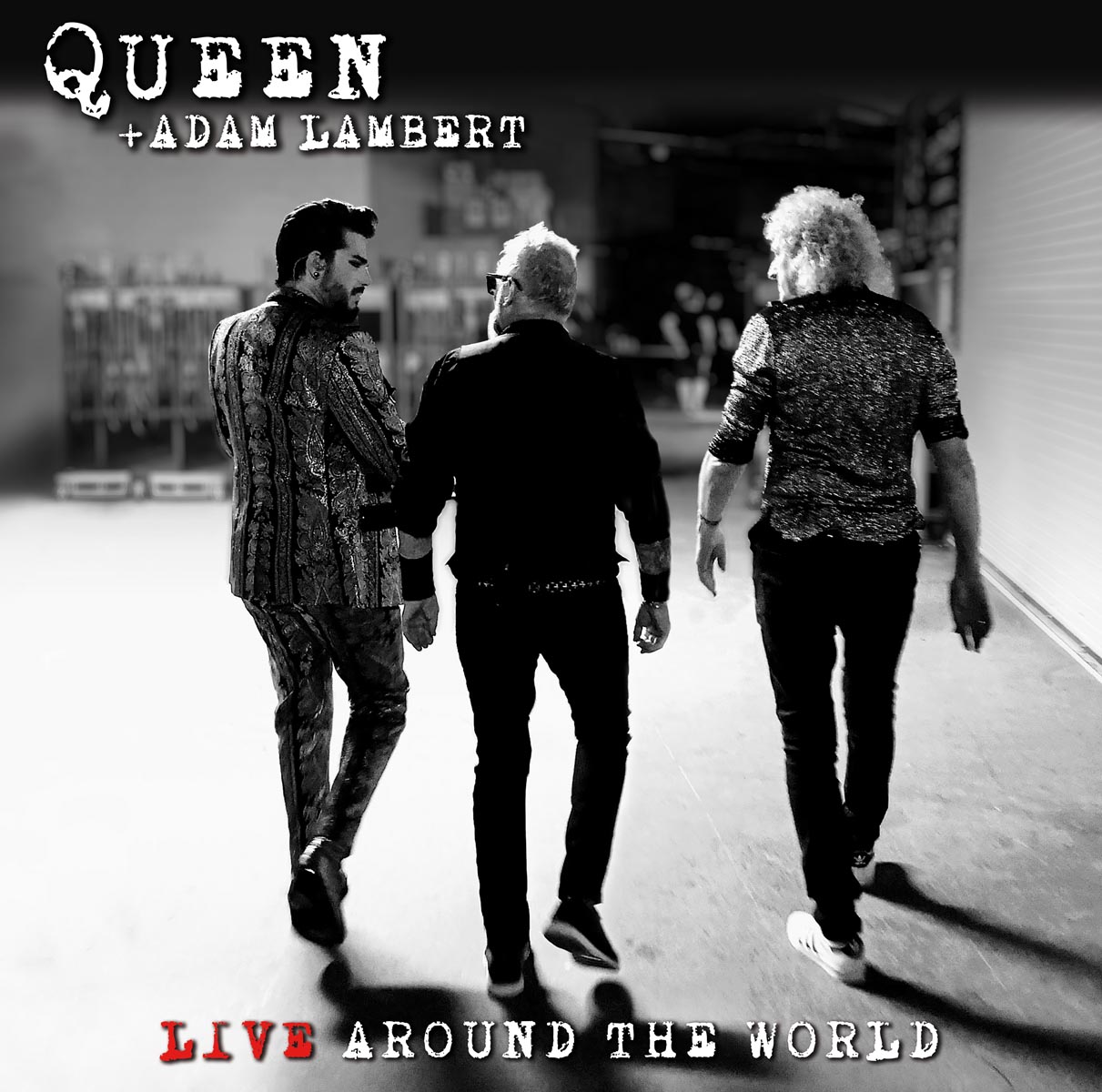 “Live Around The World” album cover

As the emotive “Live Around The World” take reveals, “The Show Must Go On” is now very much a contemporary highlight of the Queen + Adam Lambert experience.  Adam Lambert says, “’The Show Must Go On’ is a song with a very deeply resonating message.  I think we all have moments in life where we feel the odds are against us and the climb is a steep one.  I always sense a great cathartic release throughout the audience during this song.  I think we all recognize that it was a big statement for Freddie at that point in his journey as well; he was fighting for his life.”

This performance of the song was captured at the second of the band’s two spectacular shows at London’s 02 Arena on July 4th 2018. Both concerts attracted widespread critical acclaim, with critics noting that “many thrilled fans leaving the arena were calling it one of their all-time favourite gigs” and declaring “this is as good as live shows get.”

This version of “The Show Must Go On” more than attests to that. Played with an undeniable depth of feeling, it’s the perfect showcase for the singular talents of Adam Lambert.  Though the singer has categorically stated “There is never going to be another [Freddie Mercury] and I’m not replacing him” on many occasions, Lambert’s bold yet dignified performance of “The Show Must Go On” is enough the stop even the most casual of observers in their tracks.  As one prominent critic said, “He is his own man, he brings his own distinctive style, identity and nuances to the songs” and he does this nowhere more so than on “The Show Must Go On.”

“The Show Must Go On” was created by the band as a tribute to Freddie Mercury’s lust for life even while the Queen front-man’s health was failing, but in this socially-distanced global world of 2020 “The Show Must Go On” – perhaps now more than ever – feels like the perfect anthem for our times.

For drummer Roger Taylor, who with Brian May and Adam Lambert occupy a place of vanguards of rock in the 21stcentury, “the song says it all.”

“Live Around the World” – the CD and DVD

Queen + Adam Lambert’s first live album, the hotly anticipated “Live Around The World” presents a compilation of concert highlights captured the world over and personally selected by Roger Taylor, Brian May and Adam Lambert.  The tracks are drawn from over 200 shows they have played together, with several here becoming available for the first time.  These include concerts from Rock In Rio and Lisbon to the UK’s Isle Of Wight Festival and Summer Sonic in Japan, to selected UK and North American tour dates.  All formats also include the band’s entire Fire Fight Australia appearance from February 2020, during which they performed Queen’s original, history-making 1985 Live Aid set in full.  The album will be available Oct 2.

Pre-order “Live Around The World” HERE 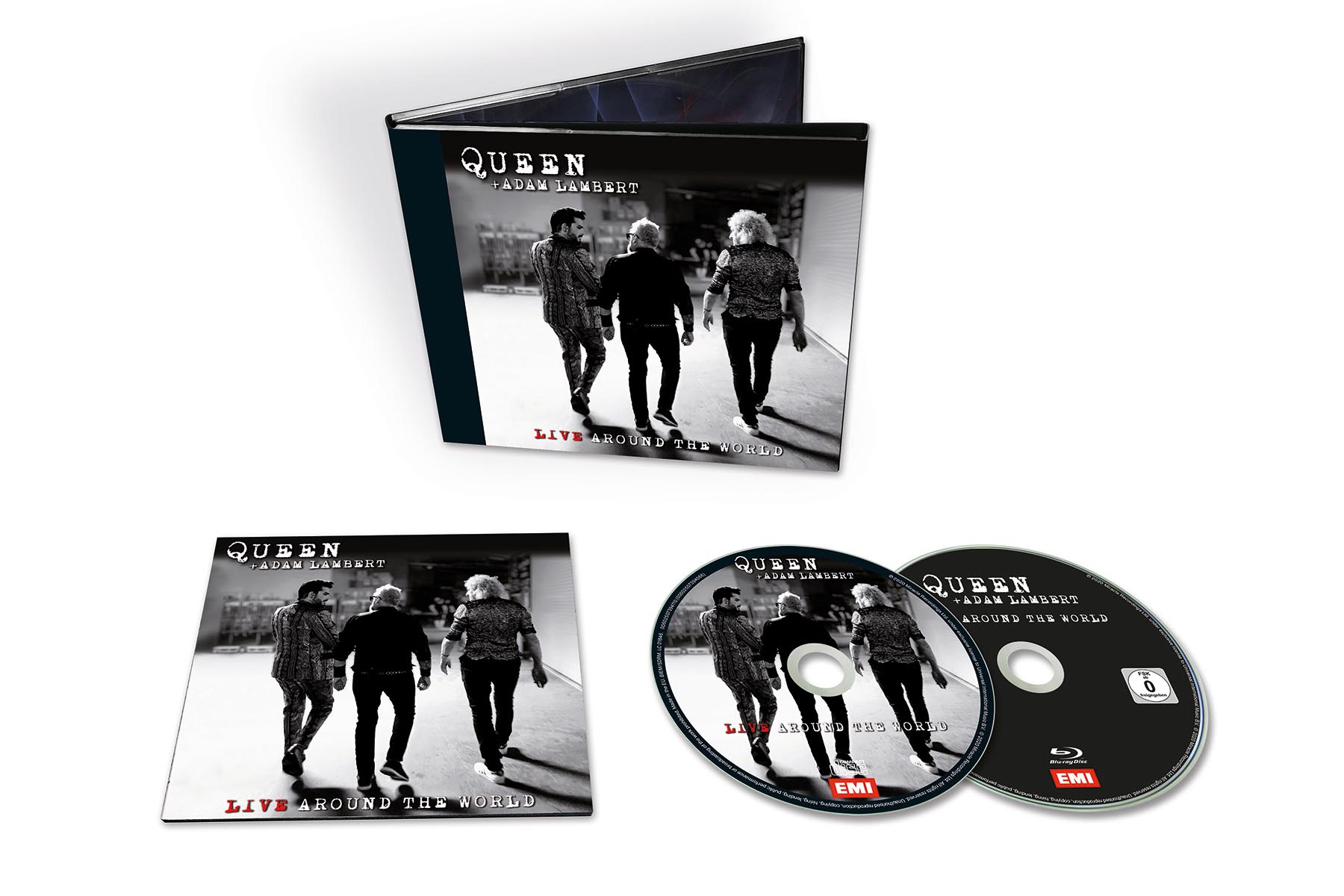 “Live Around The World” CDs and Blu-Ray 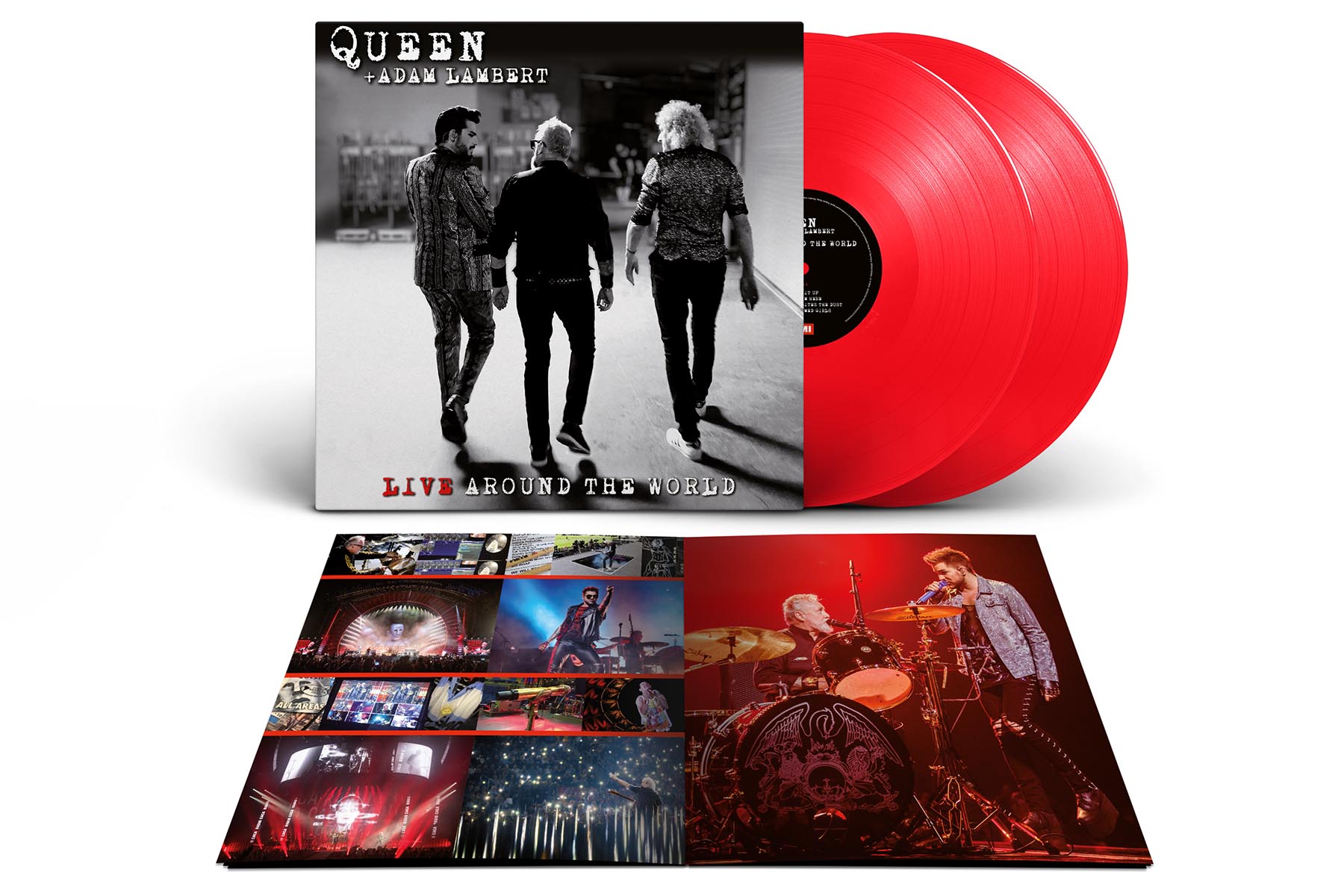 “Live Around The World” Track-list: