PUSCIFER, the Arizona-born band led by TOOL front-man Maynard James Keenan, will release its fourth studio album, “Existential Reckoning“, on October 30 via Alchemy Recordings, a partnership with BMG. Alchemy Recordings is a new record label created in partnership between Dino Paredes, former American Recordings vice president of A&R, and Danny Wimmer, the founder of Danny Wimmer Presents, the premier production company for rock music festivals in the United States. The disc’s second single, “The Underwhelming“, can be streamed below. It follows the LP’s previous single, “Apocalyptical“, which arrived in May.

Puscifer‘s current lineup is rounded out by singer-keyboardist Carina Round and multi-instrumentalist Mat Mitchell. Also appearing on the effort are Greg Edwards (FAILURE), and drummers Gunnar Olsen and Sarah Jones.

“Existential Reckoning” was produced by Mitchell and Puscifer. The album was recorded and mixed by Mitchell at Puscifer Studios in North Hollywood, California.

Digital pre-orders include an instant download of both “Apocalyptical” and “The Underwhelming.” 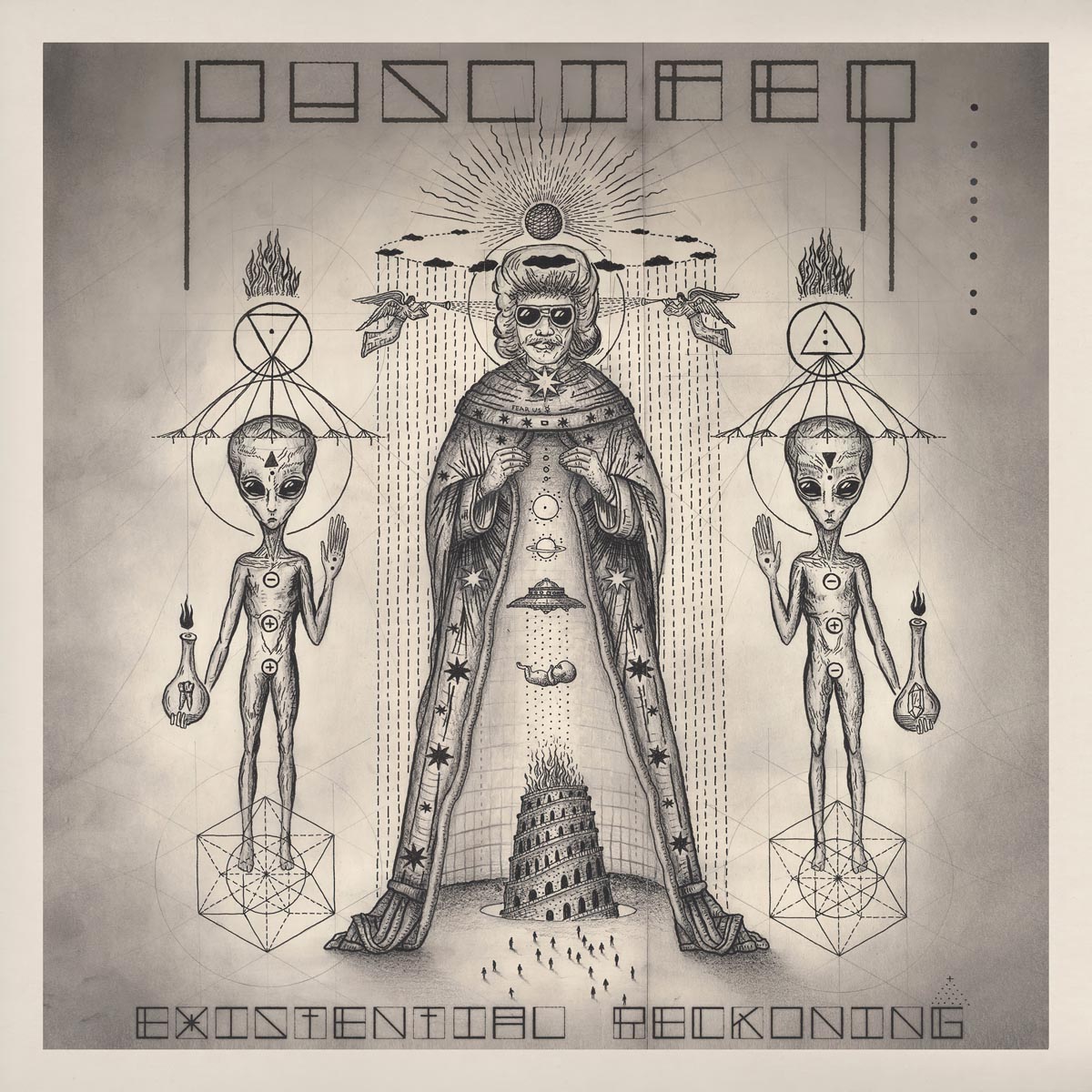 Born somewhere in the Arizona desert, Puscifer is an electro-rock band, multimedia experience, traveling circus, and alien abduction survivors. The group’s catalog consists of three full-length studio albums — “‘V’ is for Vagina” (2007), “Conditions Of My Parole” (2011) and “Money Shot” (2015) — in addition to a series of EPs and remixes. Beyond the core trio of Keenan, Mitchell and Round, the group’s ever-evolving ecosystem encompasses a cast of characters such as Billy D and his wife Hildy Berger, Major Douche, Special Agent Dick Merkin, and many more. Meanwhile, the moniker’s origins can be traced to a 1995 episode of the HBO classic “Mr. Show” where Keenan first utilized the name “Puscifer.” Entertainment Weekly christened them “exceptionally groovy” and Revolver fittingly described them as “indescribable.” Renowned for an immersive live show, the group’s performances blur the lines between concert and theater, traversing the dusty American Southwest with Billy D and Hildy or the sweaty squared circle with Luchadores. They’ve brought this to life everywhere from Coachella to Bonnaroo. On their 2020 debut for Alchemy Recordings/BMG, Puscifer track Billy D back to the desert and, just maybe, uncover the truth about aliens once and for all.