A public memorial for HUNTRESS singer Jill Janus will be held this Friday, August 24 at the Rainbow Bar & Grill in West Hollywood, California starting at 9:00 p.m. The celebration of Jill‘s “life, art and magic” will be open to “all friends, fans and walks of life,” according to a poster advertising the event.

“Since Jill‘s departure, the amount of outreach and support from friends, fans and family has been absolutely incredible,” says Jill‘s longtime boyfriend and HUNTRESS band-mate Blake Meahl. “It has been beyond heavy to see so many reminders of how she could be so talented and loved, yet could feel so much pain and loneliness. Let’s get together and celebrate her life and the importance that we still have each other. Expect a lot of whiskey and grown men crying.”

HUNTRESS previously commented about the tragic death of Janus: “It is with crushed hearts that we announce that Jill Janus — front-woman for the California heavy metal band HUNTRESS — passed away on Tuesday, August 14. A long-time sufferer of mental illness, she took her own life outside of Portland, Oregon. Janus spoke publicly about these challenges in hopes of guiding others to address and overcome their mental illness.”

“Janus was a truly special creative soul, involved with numerous musical projects including her role as vocalist for female metal/hard rock cover bands THE STARBREAKERS and CHELSEA GIRLS and was the co-composer and creator of an upcoming rock opera with TRANS-SIBERIAN ORCHESTRA‘s Angus Clark. She also had a decade-long career as New York City DJ Penelope Tuesdae. Her musical career began in childhood”

“Beyond her accomplishments in the music world and her advocacy for mental health issues, she was a beautiful person passionate about her family, animal rescue and the world of natural medicine. She will be missed more than she could have ever known”

Janus has been open over the years about her battles with not only mental illness, in the form of bipolar disorder, schizophrenia, dissociative identity disorder and alcoholism, but also physical illness in the form of cancer. Janus was diagnosed with uterine cancer in 2015 while HUNTRESS was working on its third album, “Static”. She was eventually declared cancer-free after undergoing a hysterectomy. 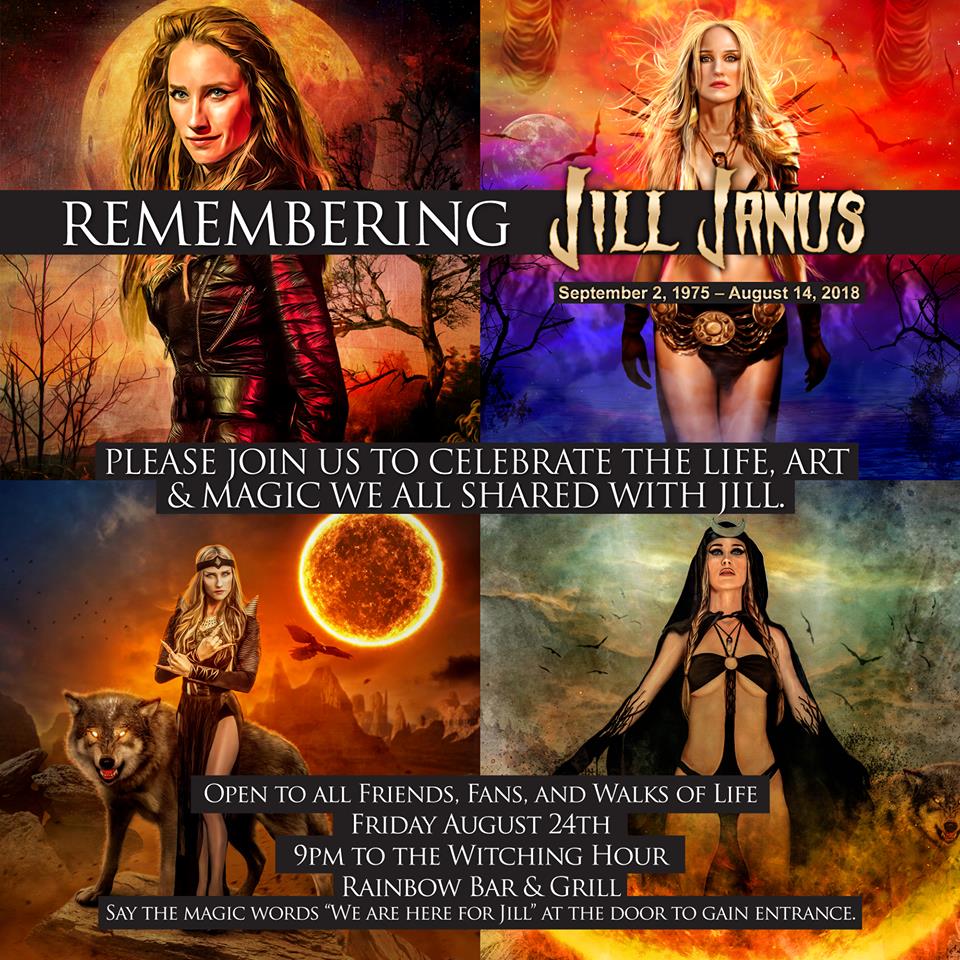