No one could have told Glenn Harveston 20 years ago that his incipient idea of starting a progressive/power metal festival in the US would evolve and ultimately become a revered annual celebration, lauded at all levels by its attendees, some of them veterans for more than 15 years. Two decades later Progpower USA is a yearly gathering of metal-heads that transcends age, nationalities and even musical tastes, catalogued by many as their best vacation time of the year, even where there are no beaches, margaritas or sun, but instead 20 bands playing over the course of four days, in a schedule run with Swiss-army knife precision.

With only 5 more years to go – check out our lengthy conversation with Harveston about why Progpower USA will end with its 25th edition – the lineup for the days 3 and 4 of the 21st year has been announced, and it’s as varied, well-rounded and satisfying as any of the previous years; encompassing an assortment of acts that will surely have the fans drooling for the next 12 months. Here’s what you will see (or will miss and regret forever): 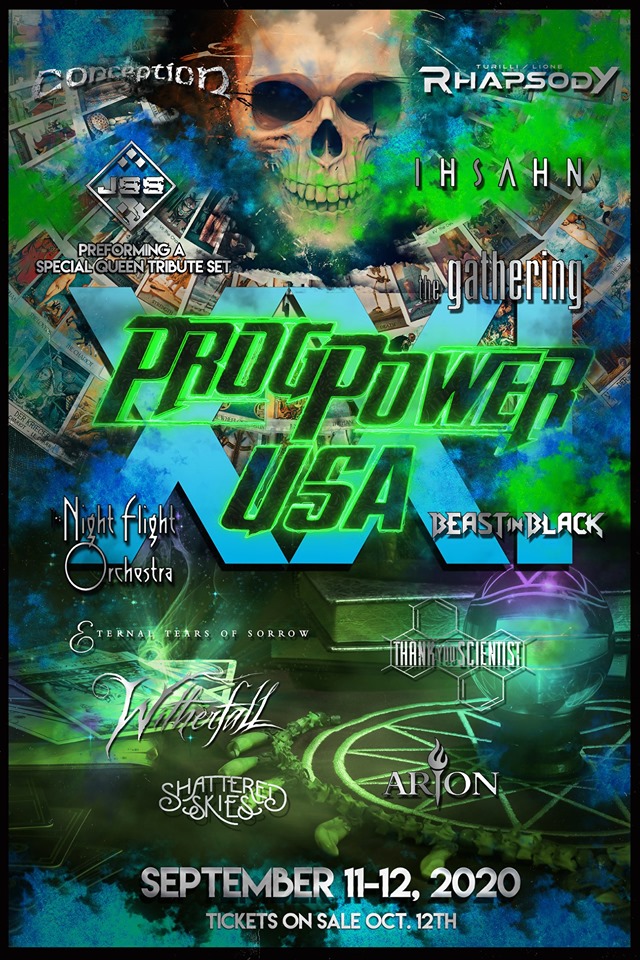 A sneak peek at the stock in trade of each of the bands listed above can be appreciated in the form of a promotional video, as usual put together by the uber-talented art director of the festival Wayne Joyner.

Tickets for days 3 and 4 will go on sale Saturday, October 12 at 10 AM Eastern Time via Ticketmaster. Only 900 tickets will be made available to the general public, and the event has been consistently selling out, with a record sold-out in a mere 3 hours last year. The final lineup and the ticket information for days 1 and 2 will be announced shortly.

You’ve been warned! Crawl out of whatever hole you dragged yourself into by October 12, and make sure you squeeze your wallet and score your tickets before they vanish into thin air, leaving your repented metal-head soul screaming in pain. See you next year!