OZZY OSBOURNE will embark on the next European tour of the “No More Tours 2” in early 2019. “Special guests” on the trek will be British heavy metal legends JUDAS PRIEST. Ozzy said in a statement: “I’ve been extremely blessed to have had two successful music careers. I’m looking at this final tour as being a huge celebration for my fans and anyone who has enjoyed my music over the past five decades.”

The dates are as follows:

Tickets will go on sale this coming Friday, September 7.

Despite the fact that “No More Tours 2” is being billed as his farewell tour, Ozzy Osbourne insists that he is not calling it quits. “I’m not retiring,” he told Rolling Stone in an interview. “It’s ‘No More Tours’, so I’m just not doing world tours anymore. I’m still going to be doing gigs, but I’m not going on tour for six months at a time anymore. I’d like to spend some time at home.” “No More Tours 2” is a reference to Ozzy‘s 1992 “No More Tours” trek, which marked the first time the singer announced the end of his days as a touring artist. The tour name was a pun based on the title of his then-most recent solo album, “No More Tears”. Ozzy returned to action three years later and has been on the road ever since.

Osbourne, who spent the last few years touring with BLACK SABBATH before the legendary heavy metal act retired from the road, said that he wanted to “slow it down a little” and be there for his family. “I enjoy being a grandfather. I don’t want to go through another generation of Osbournes without seeing them grow up.”

After he completes the tour, Ozzy said that he would consider possibly making a new album. He told Rolling Stone that he had “eight or nine good song ideas” for the follow-up to  2010’s “Scream”, including “Mr. Armageddon” and “Crack Cocaine”.” He will also play sporadic one-off shows but will not stay on the road for months at a time.

Last year, Ozzy reunited with guitarist Zakk Wylde, who played on studio albums such as “No Rest For The Wicked”, “No More Tears” and “Ozzmosis” and who has toured on and off with Ozzy for nearly thirty years. Ozzy has played a number of solo shows since doing his final concerts with BLACK SABBATH a year and a half ago. The legendary band wrapped up its forty-nine-year career with a year-long farewell tour, ending with two shows in its hometown of Birmingham, England.

JUDAS PRIEST is touring in support of its latest album, “Firepower”, which was released in March via Epic. “Firepower” entered the Billboard 200 chart at position No. 5, making it the band’s highest-charting album ever. 2014’s “Redeemer Of Souls” debuted and peaked at No. 6, while 2008’s “Nostradamus” landed at No. 11 and 2005’s “Angel Of Retribution” came in at No. 13.

“Firepower” moved 49,000 equivalent album units in first week of release. Of that sum, 48,000 were in traditional album sales, just shy of the 54,000 copies sold by “Angel Of Retribution” in that album’s first week. The “Firepower” chart position was bolstered by sales generated from a concert ticket/album sale redemption offer in association with the band’s spring 2018 North American tour. 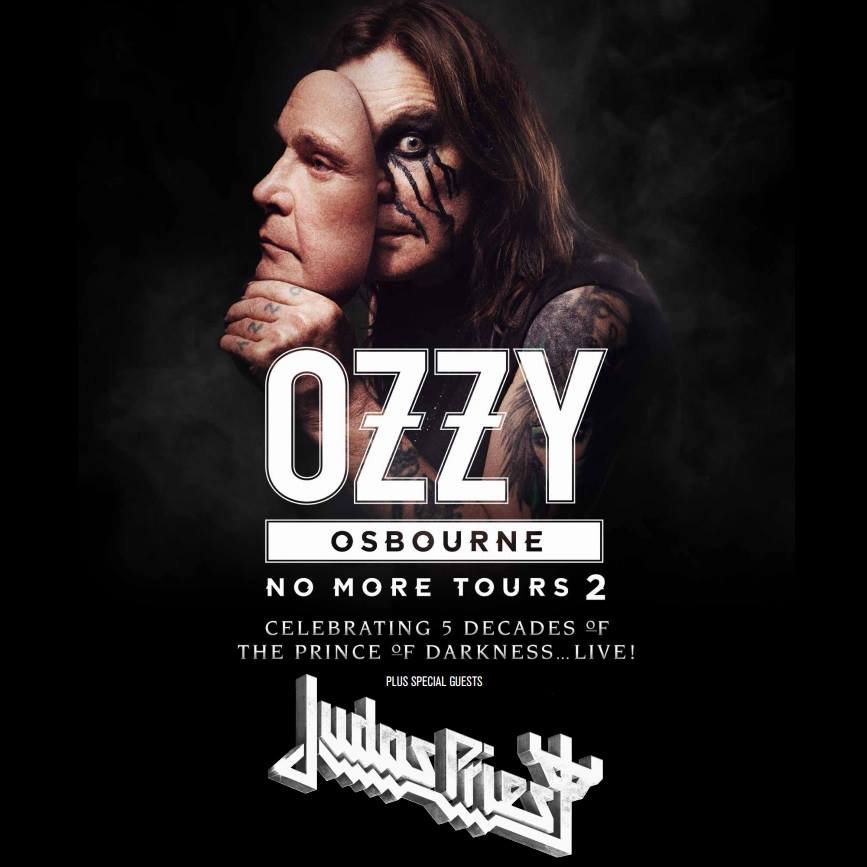