Legendary New Jersey thrashers OVERKILL will unleash their 19th studio record, The Wings Of War, on February 22, 2019 via Nuclear Blast. Today, the band released their first single “Last Man Standing“, which can be seen below. The disc was recorded at Gear Recording Studio in New Jersey, SKH Studio in Florida and Jrod Productions with engineering handled by bassist D.D. Verni and guitarist Dave Linsk. The album was produced by the band while Chris “Zeuss” Harris took care of the mixing and mastering. Travis Smith (NEVERMORE, OPETH, SOILWORK, DEATH) was again enlisted to create the artwork for the album.

Bobby “Blitz” Ellsworth comments, “The time has come, for a first taste, ‘Last Man Standing‘.  This cut got the unanimous nod to open The Wings of War, all they way back to the first demos in March, so much so, it was mock titled OPENER up until the recording.  Sometimes everyone is on the same page, wtf!.  So dig into some old school thrash, with a side order of Jersey made, head-banging.”

The Wings Of War will be available for purchase in the following formats: 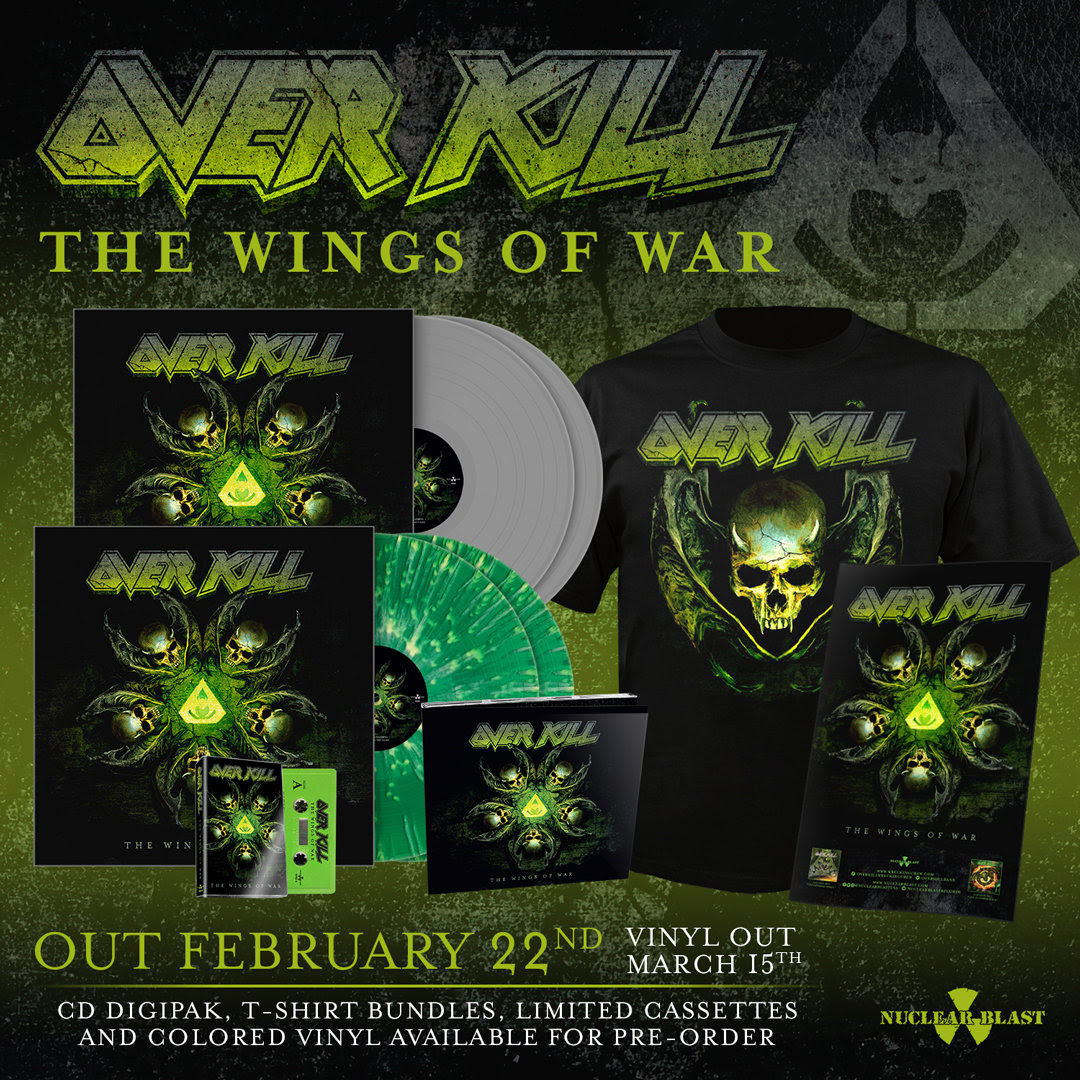 “The Wings of War” Album Configurations

Fans can pre-order The Wings Of Warnow digitally and receive “Last Man Standing” instantly or stream the song at this location.

Ellsworth said: “It was a blast making ‘The Wings Of War’! It is something old feeling new again, as our chemistry was altered by the addition of Jason Bittner. I was curious from the get-go, how would it pan out? I think what we accomplished here is a new, upgraded OVERKILLthat embraced the new chemistry, while taking our roots into the present. The new formula produced not only more raw power, but more places to go with melody, a win, win. The key is being not only interested in the change, but part of it. I’ll tell you what, it’s still fun as hell making OVERKILL records.”

OVERKILL released the “Live In Overhausen” DVD and Blu-Ray on May 18 via Nuclear Blast. The set was recorded more than two years ago in Oberhausen, Germany, where OVERKILL celebrated the 25th anniversary of “Horrorscope” and 30th anniversary of “Feel The Fire” by performing both albums in their entirety.